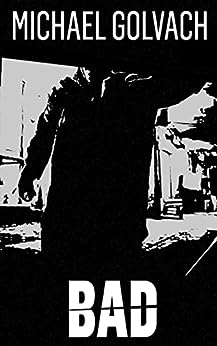 In every police officer’s career, lines must sometimes be crossed—finding one’s way back is the hard part.

Payden Beck’s, and his partner Bryan Verrill’s, first big case ends badly in court, putting a vicious child murderer back on the street.

When he sees the opportunity to ensure the criminal who got away never harms another soul, he must decide how far he’ll go to get justice for the victims.

Some lines should never be crossed, even when they must be.

EVOLVED PUBLISHING PRESENTS the third novel in the award-winning “Payden Beck Crime Thriller” series, from the same author who brought you such greats as fiX, Home, and Missing Pieces. [DRM-Free]

AUTHOR: Ever since I was able to read, I've had a book (or a comic book in the early days) in my hands or on my person. I grew up in a non-digital age, in a home with one telephone that everyone shared, one television that no one watched, and in which movies were a luxury. Aside from radio theatre, books were my best non-human friends. My love of reading never died. When I was 8 years old, I drew my first series of comic books. They were terrible, but I still love them. To me, they represent the moment the wise-old-man inside my little boy's head finally made me aware that I loved to create. As it turned out, I enjoyed writing much more than I enjoyed drawing, but I've spent most of my life doing some form of creative work. And when not, I've worked some boring jobs in very creative ways. To this day, I love to write and to share my creations with others. I'm the guy who will watch a good movie twenty more times, if it means I get to introduce it to someone else and participate in their joy of discovering something entertaining or valuable. I can't be quite so intimately participatory with my own writing, but I do love to know that I've brightened someone's day, made them think, feel or-at the very least-provided them with a welcome distraction for a while.