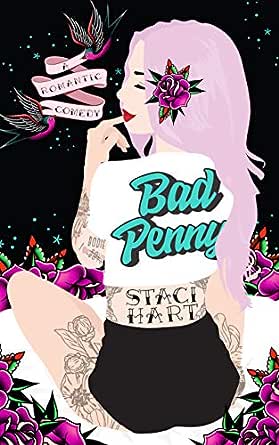 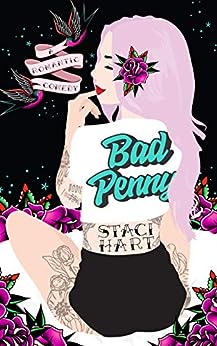 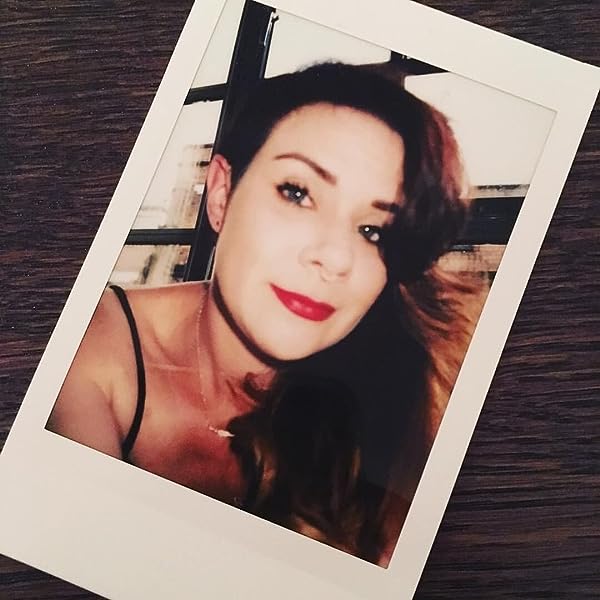 FlaminSambo
5.0 out of 5 stars Frustratingly Beautiful Story
Reviewed in Australia on 12 July 2019
Verified Purchase
Who could not love Bodie in this book, he is like the ultimate nice guy with attributes you wish most guys would display. As much as I wanted to climb into this book and strangle Penny, she had me in stitches most of the time....and tears....and needing to go and do a gym session to release some frustration LOL. I loved this book, it certainly kept my attention the whole way through!
Read more
Helpful
Report abuse

Tees_BookCave
TOP 500 REVIEWER
5.0 out of 5 stars Are you ready for Bad Penny?
Reviewed in Australia on 3 July 2017
Verified Purchase
Bad Penny seriously has to be one of the hottest and most hilarious books I have read so far this year. I always enjoy reading Staci Hart’s stories, so when I read the blurb to Bad Penny, I knew I just had to get my hands on it ASAP. It sounded like such a cool fun read to really sink my teeth into and I had a feeling I was going to really enjoy getting to know Penny… AND… I really did. It was everything I had hoped for. I laughed, I swooned and I fell in love with these outrageous characters. If you are looking for your next book to be so much fun and just a little bit quirky, then definitely one click this.
Read more
Helpful
Report abuse

Monique Cashmere
TOP 500 REVIEWER
5.0 out of 5 stars Penny Really Was Good!
Reviewed in Australia on 19 June 2017
Yep, I'm hooked on this one. So much about it had me smiling and laughing, it was brilliant. One of my favourite bits, that there was an INXS song played at Penny's friends wedding. Love that band. Also, Penny's banter is very clever. I snorted when she said she was diddled by Diddle.

Penny is a free spirited woman that has a rule just like baseball, three strikes and your out. She doesn't want to be tied down and lives her life one day at a time. Bodi is the only guy she has wanted to break the rule for. She is A-dick-ted to him, but it is also a lot more. He just gets her and she is dicknotized. And he knows that she is like a wild pony with insecurities and uncertainties, but if he can just play it cool, he thinks he can win her over for good, and hopefully he wont be heartbroken at the end of it all.

This is a must read for all rom-com lovers and Staci Hart fans. Be warned, there is a lot of sex in the story, but that is what Penny is all about. And I feel that she goes from a girl who enjoys a good time, and there is nothing wrong with that, to a girl that now sees how much better it can be with intimacy.
I get the feeling that another of the girls at Tonic will be getting her own book, and I will be sitting here waiting to hear all about it.

Bad Penny seriously has to be one of the hottest and most hilarious books I have read so far this year. I always enjoy reading Staci Hart’s stories, so when I read the blurb to Bad Penny, I knew I just had to get my hands on it ASAP. It sounded like such a cool fun read to really sink my teeth into and I had a feeling I was going to really enjoy getting to know Penny… AND… I really did. It was everything I had hoped for. I laughed, I swooned and I fell in love with these outrageous characters. If you are looking for your next book to be so much fun and just a little bit quirky, then definitely one click this.

The title of the book is perfect, because Penny is BAD… SO BAD! She is completely and utterly shameless and I say that with much love and respect. I absolutely adored her and loved that she would always say whatever she wanted whenever she wanted. She was an honest, real and self-proclaimed slut.

Penny has a theory or should I say a three date rule. She believes that a multitude of things happen after the third date, things Penny is never going to entertain the thought of… that is until she meets Bodie. I mean let’s face it ladies, three dates with Bodie will only be enough to whet your appetite. You know you’ll want to go back for more.

Bodie… WOW… If there was ever going to be a hero to get your panties melting, then Bodie is your man. He’s smoking hot, intelligent, sweet and knows his way around a woman’s body like he was born to pleasure her. I mean a reformed chubby geek, who’s now has the potential to be a male model and is a complete rock star between the sheets; what’s there not to love? He had me fanning myself constantly. I just could not get enough.

Penny and Bodie have such an intense attraction towards each other. The chemistry and fire between them was electrifying, but when you looked deeper into the relationship that was developing between the two, it was so much more than just a quick hook-up. The more they became involved with each other, the more captivating their love was and it kept me hooked throughout.

Bad Penny was such a refreshing and fun read for me. The witty dialogue and one-liners were seriously on point, along with the character development. If you are looking for a fast paced sexually charged story of lust at first sight and second chances, while still owning who you are and not being ashamed of that, then I suggest you check out Bad Penny. I personally think everyone should meet and fall in love with Penny, she’s so bad, but oh is she so good!
Read more
Helpful
Report abuse
See all reviews

MandyM
5.0 out of 5 stars ⭐⭐⭐⭐⭐
Reviewed in the United Kingdom on 18 June 2017
Verified Purchase
Five stars!!! Would give it more if I could. What a fantastic book! Very well written, good storyline, with great characters and hilariously funny in places. Another masterpiece from Staci Hart. Keep up the great work. X
Read more
One person found this helpful
Report abuse

Heroesinbooks
3.0 out of 5 stars 2.5-3 Stars
Reviewed in the United Kingdom on 10 February 2019
Verified Purchase
It was ok. I wasn't too keen on the heroine ,Penny. Secondary characters were fairly entertaining. It's probably just me, but it didn't hold my attention too well.
Read more
Report abuse

MAC
4.0 out of 5 stars Easy Read
Reviewed in the United Kingdom on 5 August 2017
Verified Purchase
Having read and enjoyed "Tonic", I wanted to read more about the supporting characters. Penny was an interesting character and I enjoyed her story. This was an easy read with likeable characters.
Read more
Report abuse

laurabarnardauthor
5.0 out of 5 stars AMAZING!
Reviewed in the United Kingdom on 6 July 2017
Verified Purchase
Bloody loved this book! So refreshing to read a strong female heroine. Her and Bodie are absolutely addictive - found myself reading far into the night. Such a lovely ending, recommend to everyone
Read more
Report abuse

There’s a lot of ways. Penny is the most badass, irreverent, unapologetically herself heroine that I’ve encountered in romance so far. She blows every stereotype out of the water and is both entertaining and inspiring. There’s something just so real about her voice, and I love that she never backed down from being the bold and brash firecracker that she is. She’s an embodiment of every woman’s right to be themselves, and I hope the world of romance novels gets more characters like her.

Another thing that had me shouting “YES!” while reading was what an important role female friendship played in the story. The bond Penny shares between her two best friends features prominently in the book, and I was so happy to see a group of woman sticking up for each other and making the same kind of inappropriate jokes I find myself making with my own friends. When reading about all their escapades, I couldn’t help but wish I wish the fourth roommate in the apartment, and I applaud Staci Hart for recognizing that the support women give to one another deserves a place in romance.

Of course, there is a love story in there too. Bodie was also an awesome character who had so many positive traits (and I’m not just talking about that hot bod). His willingness to accept Penny’s refusal to fit into any norms, and to respect her life choices even when they didn’t correlate to that of most girls, was very admirable. The relationship between the two forced both characters to grow and reflect on their own needs in a way I found realistic and engaging.

The writing of the story itself is beautiful, and I was constantly stopping to mark down my favourite quotes. Staci Hart has created something very special. Between the laughs, the cringes, and the triumphant air punches she inspires, Penny is truly a gift to any reader who meets her. I’m very glad to be one of them.
Read more
One person found this helpful
Report abuse
See all reviews
Back to top
Get to Know Us
Make Money with Us
Let Us Help You
And don't forget:
© 1996-2021, Amazon.com, Inc. or its affiliates