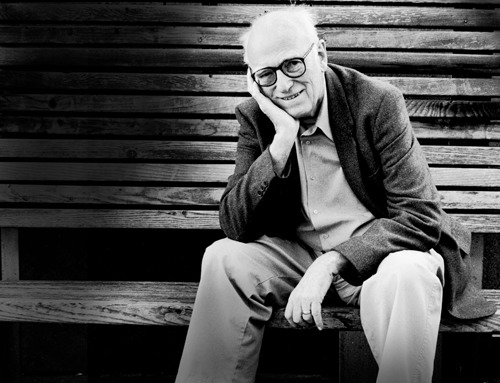 david newbould
5.0 out of 5 stars Five Stars
Reviewed in the United Kingdom on 25 June 2015
Verified Purchase
Am only up to page 92, laughed me socks off,just going to browse on Amazon buy some more ?
Read more
Report abuse

Dave Smith
5.0 out of 5 stars a good read
Reviewed in the United Kingdom on 20 May 2016
Verified Purchase
a funny book arrived on time
Read more
Report abuse

Michael Trombetta
5.0 out of 5 stars Westlake Does It Again
Reviewed in the United States on 22 November 2018
Verified Purchase
Westlake was so inventive - he piles complication on top of complication, keeping the happy reader in stitches. You will have a smile on your face all the while you are reading this book.
Read more
2 people found this helpful
Report abuse

Ivy
4.0 out of 5 stars A slightly weaker link in a very strong chain
Reviewed in the United States on 26 April 2001
Verified Purchase
If you're like me, when you pick up a new book in a beloved series, you feel a combination of hope and fear. Well, Dortmunder fans, hope a bit less and fear a bit more. But buy the book anyway. Sure, Bad News is not as good as the best Dortmunder novels, certainly not as funny as the recent series entries. Remember, though - it's possible for a book to be not as good as almost all the other ones in *this* series and still be better than most things published in the genre this year. That's what's happening here.
This is the tale of a Simple Plan, like all the other Dortmunder books; it's just that in this case, the plan belongs to some other folks. At first. After a while, though, Tiny, Andy, and John are in, and most of the original group is naked in the back of various long-haul semis. The plot turns and dips just as you'd expect from a Westlake book, and it's great fun to be along for the roller coaster ride.
There's a few things missing from Bad News, though. The first one is the humor. Oh, sure, it's in there, but not to the extent of the other books, many of which it's impossible to read without risking laughter-related abdominal injuries. Bad News has a few laugh-out-loud moments and a lot of quick smiles, and then it's over. So, not bad, but - not quite what a longtime fan of the series fantasizes about in Dortmunder hiatuses.
The other notable absence from Bad News: the support crew. Stan and Murch's Mom make quick appearances, and Anne Marie shows up again, but beyond that, well, no unbalanced lockmen, no behatted extra drivers, no former vice presidents of various nations, none of those folks. I, at least, missed these people, and wish there'd been a bit more room in the book for them. They're replaced by Fitzroy (who reminds me of a certain character in The Princess Bride), Irwin (standard issue), and Little Feather. Frankly, I'd rather have the regular guys.
Finally, for a hardcover book, my copy is rather poorly bound. I buy hardcovers because I expect to read and read and read them - which I probably will with this book, flaws and all - and I doubt this one will stand the test of time. After one read through, treating it very kindly, the spine is already starting to show symptoms of wear and creakiness, and some of the page groups don't look very firmly set, with gaps and so forth. There's also a certain ineffable feeling of cheapness about the book's production; the paper is lower quality than I'd want, there's no spine overlay, it's all just a bit - shoddy feeling. First editions, especially of this series, deserve better treatment than this.
All in all, though, Bad News is still a book worth reading, a book worth having, and certainly a book far better than those available in this genre in the non-Dortmunder years. But those who are wondering whether to buy it in hardback or softcover, know this: I wish I'd waited to buy it in paperback. I could've saved the fourteen bucks for the next Dortmunder novel. (Let it come soon!)

Robert Edler
5.0 out of 5 stars THE GOOD NEWS IS "BAD NEWS"
Reviewed in the United States on 12 May 2001
Verified Purchase
Finally, after five long years, Dortmunder is back along with his ever-loving May and his sidekicks-in-crime Andy Kelp, Tiny Boucher, Stan Murch and Murch's Mom. "So, who's Dortmunder," you ask? Well, where have you been for the past quarter of a century? He's just main character in the most hilarious crime caper series ever created. He's...well, actually, the author tells you everything you need to know about the character in the opening line of this book. "John Dortmunder was a man on whom the sun shown only when he needed darkness."
Things always seem to go wrong whenever Dortmunder plans the perfect crime. And rest assured, as you might expect author, Donald E. Westlake, has invented new and side-splitting ways for things to go wrong during this visitation. John Dortmunder is your basic professional (or unprofessional) breaking and entering artist, a.k.a. burglar. So how does your basic burglar end up in the middle of con caper digging up the remains of a long dead Native American, a.k.a. Indian?
Well, it's probably because he didn't get the thousand bucks for the cameras he was stealing from the Speedshop before he got locked in the optical department. And that all takes place in the first few pages of this new page-turner.
Dortmunder fans will really enjoy this new adventure. And yes, there is the mandatory visit to O. J. Bar and Grill on Amsterdam Avenue where the discussion of "the regulars" centers on the names of Santa's reindeer and the seven dwarfs. If you're not a fan, get this book and you soon will be!
As for author, Donald E. Westlake (a.k.a. John B. Allan, Tucker Coe, Curt Clark, Timothy J. Culver, Morgan J. Cunningham, Samuel Holt and Richard Stark), I've been a fan for almost as long as he's been writing - which is almost, but not quite as long I I've been reading. The bad news about Bad News is I read it too fast and now I'll have to wait five years for the next Dortmunder!
Read more
7 people found this helpful
Report abuse
See all reviews
Get FREE delivery with Amazon Prime
Prime members enjoy FREE Delivery and exclusive access to movies, TV shows, music, Kindle e-books, Twitch Prime, and more.
> Get Started
Back to top
Get to Know Us
Make Money with Us
Let Us Help You
And don't forget:
© 1996-2020, Amazon.com, Inc. or its affiliates