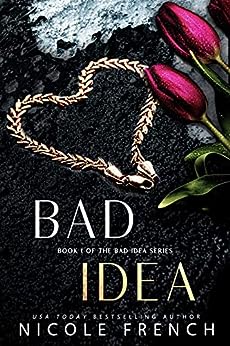 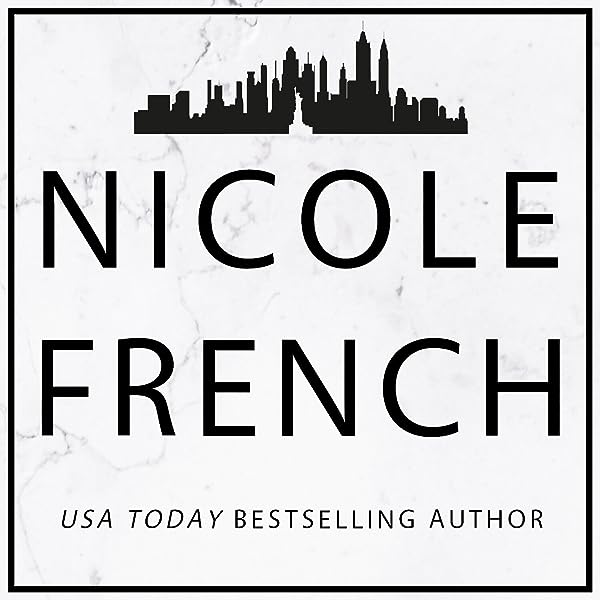 Nicole French is the author of the Spitfire series, the Bad Idea series, and the Discreet Duet.

Emily Devereux is a New York City-based voice-over artist and audiobook narrator who loves romance. When she's not narrating, she enjoys singing on demos for up-and-coming composers. Trained in acting at USC and BADA, Emily has performed at several professional regional theaters across the country, and enjoys developing new works in NYC. Her hobbies include yoga, camping, reading (of course!), and practicing the flute and guitar.

Sean Crisden is an actor and Earphones Award-winning narrator. He has also voiced characters in numerous video games, such as the award-winning ShadowGun, and has appeared in many commercials and films, including The Last Airbender.

A conservatory-trained actress in Los Angeles (USC), New York (NYU), and the U.K. (BADA), Laura Darrell has acted professionally since the age of ten. She has appeared on TV and in several independent feature films, indie shorts, and webseries, many of which have appeared in major festivals, including Sundance and Cinequest. Laura has also performed lead roles in theaters across the country. Laura is currently shooting a recurring role, Sister Lee, on SYFY's Happy!, starring Christopher Meloni. She also played a recurring role on the first season of Dietland on AMC. Before that Laura was seen in movie theaters as mean girl Eileen in Alicia Slimmer's feature film debut Creedmoria, starring Stef Dawson (Hunger Games), which won many awards, including Best Comedy at the Cinequest Film Festival. A few of her favorite theater credits include Encores!: The Golden Apple at New York City Center, directed by Michael Berresse, as well as Suze in John Kander and Greg Pierce's new musical Kid Victory, which ran Off-Broadway at the Vineyard Theater, directed by Liesl Tommy. The official Off-Broadway cast album came out in September 2017. Before that she debuted as Anna in the opening cast of Frozen Live at DCA, also directed by Liesl Tommy. Laura has workshopped new pieces at several prestigious New York companies, including the Araca Group, Signature, and EST, among others. Besides working in New York and Los Angeles, Laura has performed at several professional regional theaters across the country, and has sung with orchestras from Portland to Orlando. She is also a proud narrator of audiobooks, narrating over twenty titles for Audible and now Tantor! She graduated a Phi Beta Kappa scholar and magna cum laude from the USC School of Dramatic Arts. Before that she attended NYU Tisch School of the Arts. --This text refers to the audioCD edition.

4.2 out of 5 stars
4.2 out of 5
295 global ratings
How are ratings calculated?
To calculate the overall star rating and percentage breakdown by star, we don’t use a simple average. Instead, our system considers things like how recent a review is and if the reviewer bought the item on Amazon. It also analyses reviews to verify trustworthiness.

Judy Isaacs
5.0 out of 5 stars Beautifully written
Reviewed in Australia on 25 August 2019
Verified Purchase
Nicole French write impeccable novels. She has the ability to make you care for her beautifully constructed characters. Not only do her stories carry you along but she makes reading a pleasure. No glaring grammatical errors and poorly constructed sentences. Love everything I’ve read to date.
Read more
2 people found this helpful
Helpful
Report abuse

Brooke
TOP 1000 REVIEWER
5.0 out of 5 stars Great story
Reviewed in Australia on 5 March 2019
Verified Purchase
Wow this was a great story two worlds come together I can’t wait to read the next book in this series
Read more
One person found this helpful
Helpful
Report abuse

Shannon
5.0 out of 5 stars Five Stars
Reviewed in Australia on 12 March 2018
Verified Purchase
All the feels!!!
Read more
One person found this helpful
Helpful
Report abuse

Izzybear1
5.0 out of 5 stars Star-Cross Lovers
Reviewed in Australia on 11 February 2018
Have you ever read a book that even after reading it you’re still thinking about it, wondering how things are going to turn out. That’s what Bad Idea has me doing. I honestly can’t wait for the next book, Lost Ones, to be released. Thankfully March 14th isn’t too far off. Being the first book of Mrs. French’s that I’ve read, I must say she did an excellent job drawing me into Layla and Nico’s story and making me care for the two characters.
I felt so many emotions while reading this book. I was happy and hopeful for the two one moment and then my heart was breaking for them in the next. The constant struggle to defend each other to their family and friends was frustrating. The inner turmoil Layla and Nico grapple with is saddening. I admired Nico for being the glue that held his family together and trying to give them the best life he possibly could. I loved Nico and Layla together. Their love for each other is totally apparent but the timing for their relationship is off. The odds seem to be stacked against them but I’m holding out hope that they’ll find their way back to each other and overcome everything keeping them apart.
Read more
One person found this helpful
Helpful
Report abuse

These two are made for each other. I fell so deeply in love right along with them. Nico has the weight of the whole of his family on his shoulders but has plans to escape this suffocating life, but when he meets Layla it is game over.

I was sucked it and spat out at the end of this book, I need more! I NEED to find out what happens next!

We learn that people do so many things for the ones they love. Can these two stand the test and stay together? That's the million dollar question...You really do need to know what happens next.

Beks
5.0 out of 5 stars Wowza 🤩
Reviewed in Australia on 7 July 2020
What an amazing story. One where everyone can relate to either main character! The heartache and longing you experience while reading this story leaves you breathe less and eager to get to the next page. The ending is not at all what I expected and let me biting my nails onto the cliffhanger it ends with! Oh well, guess I have to just buy book 2 🥰
Read more
Helpful
Report abuse
See all reviews

KM Lowe
4.0 out of 5 stars Okay
Reviewed in the United Kingdom on 7 July 2018
Verified Purchase
This was the first book that I've read by this author. Unfortunately, it has took me a while to finish it. I got stuck in a reading funk while reading it and I wasn't sure if it was me or the book. Now, let me start with the story. It is very long and drawn out. It ends in a cliffy and it makes you want to carry on ASAP. While there was parts of the book that was repeated and drawn out, the last 30% of the story was addictive. I didn't think I'd carry on with this series at the beginning but by the end of it I know I need to know what happens next.
I love Nico. His character is everything I love. He's kind, caring, attentive, and doesn't realise how great he is. Layla annoyed the life out of me at the beginning, but she grew on by the end.
I do hope Layla and Nick get a happy ever after, because race and ethnicity means nothing in this day and age. They might appear to be different, but really they're not.
Read more
3 people found this helpful
Report abuse

Holly Lodge
4.0 out of 5 stars Refreshing!
Reviewed in the United Kingdom on 15 March 2018
Verified Purchase
I loved this book so much! The author was able to draw me into the world of Nico and Layla with ease. I have to admit holding my breath at times, as the angst between the two characters became unbearable. I can understand why some reviewers have admitted to shedding a few tears! I've purchased book two on the strength of this book. I hope that the next story continues with as much strength and passion as the first. I didn't give the full 5 stars because I felt that the pace lingered about two thirds of the way through. I'll definitely watch out for this author in the future though!
Read more
2 people found this helpful
Report abuse

MRS JANET HARRALL
4.0 out of 5 stars I liked the fact that these characters had to work at ...
Reviewed in the United Kingdom on 8 June 2018
Verified Purchase
It took me a little while to get into this story but after the first few chapters I couldn't put it down. .
I actually ended up buying books two and three halfway through as I needed to know what happened to Layla and Nico.
They were from opposite sides of the wealth scale and this bothered Nico more than Layla . I felt so much adoration for him, looking out for his family and putting them first . Even though Layla was born into wealth she had to fend for herself and found it very hard. I think that's why she understood Nico so well.
I liked the fact that these characters had to work at life and love but as usual life doesn't always to plan. Nico is certainly the gorgeous bad boy that girls fall for and I think once once you fall in love with characters you enjoy the book so much more. A great read!!
Read more
Report abuse

RedReader
5.0 out of 5 stars Amazing
Reviewed in the United Kingdom on 29 June 2018
Verified Purchase
I could not put this book down. It had absolutely everything that I love in a book- amazing characters who ooze chemistry, a plot that is different , twisting and keeps me hooked until the last page and cleverly written dialogue. This had all of that.

It honestly will go in my top 5 of favourite books. Can't wait for book 2.
Read more
Report abuse

For Old Times' Sake
4.0 out of 5 stars A bitter - sweet romance 4.5 stars
Reviewed in the United Kingdom on 14 November 2019
Verified Purchase
A really heart-warming age-gap romance between Layla, a student, and Nico, a dreamer. These two have a lot of chemistry and heat, and are so perfect for each other, but fate seems to have other ideas. This ended on a bitter-sweet note, but it is book 1, in a series, so hopefully we'll get the HEA by the end.
Read more
Report abuse
See all reviews
Back to top
Get to Know Us
Make Money with Us
Let Us Help You
And don't forget:
© 1996-2021, Amazon.com, Inc. or its affiliates