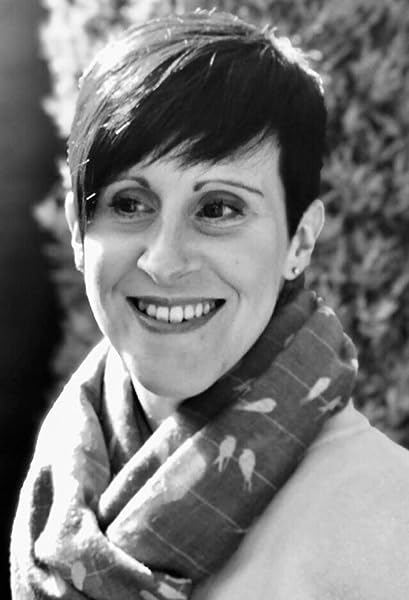 by Gemma Rogers (Author)
4.4 out of 5 stars 983 ratings
See all formats and editions
Sorry, there was a problem loading this page. Try again.

No Body. No Crime. No Time.Can you ever escape your pastFresh out of prison, Jess Strickland has just six months probation to serve until she's free to get on with the life, she left behind 4 years ago.With few options available, Jess takes a job at Brights, an industrial laundry company alongside other ex-cons, all eager to keep their noses clean. Here she finds an ally in Karla but soon learns her new boss Terry, is not all he seems.Realising shes no safer on the outside Jess refuses to be a victim any longer.How far will she go to avoid going back to prisonPraise for Gemma Rogers:'A brilliant thriller from an exciting new voice. Stalker had me on the edge of my seat' Kerry Barnes'An atmospheric, taut thriller which keeps you hooked from the first page. An exceptional debut.'Jacqui RoseA beautifully written edge-of-your-seat thriller that had me guessing right until the end. Dreda Say Mitchell
Read more
Previous page
Next page

Start reading Bad Girls on your Kindle in under a minute.

Gemma Rogers lives in West Sussex with her husband and two daughters.

Her love of writing began in her early teenage years, inspired by hours spent buried in Point Horror, Richard Laymon and Christopher Pike with the occasional Judy Blume thrown in for good measure.

Other passions include movies - horrors especially (who doesn't love a good scare), country walks, swimming and anything involving cake.

Her debut novel Stalker was released on the 10th September 2019, quickly followed by Payback in January 2020, and Reckless in May.

Gemma's fourth novel Bad Girls was published January 2021 and will be followed by her new book, The Babysitter, due for release on 14th September.

All are standalone titles.

Gemma is currently working on her sixth book.

4.4 out of 5 stars
4.4 out of 5
983 global ratings
How are ratings calculated?
To calculate the overall star rating and percentage breakdown by star, we don’t use a simple average. Instead, our system considers things like how recent a review is and if the reviewer bought the item on Amazon. It also analyses reviews to verify trustworthiness.

Gary Hart
TOP 500 REVIEWER
4.0 out of 5 stars Everyone wants a happy ending!
Reviewed in Australia on 23 May 2021
Verified Purchase
What a tough introduction to adulthood Jess had, and life does not get any better. I could visualise Bright’s laundry and the tough times. Not much to smile about - separated family, mistrust and hate. It is always good to work through the difficulties and disappointments and resolve everything with makes life difficult, riding off into the sunset, happy every after.
Sadly that rarely happens as we face the challenges of life, but after a tough ride, it was pleasing to reach a happy conclusion!
Read more
Helpful
Report abuse

Evelyn Jane Thorne
TOP 500 REVIEWER
4.0 out of 5 stars Great story
Reviewed in Australia on 18 January 2021
Bad Girls by Gemma Rogers follows the journey of Jess Strickland when she is released from prison after completing her sentence. She only has six months of probation left until she is free to live her new life anyway she wants to. So when her probation officer Barry manages to get her a job at Bright’s Laundry Service she thinks that it will be easy to keep her nose clean but she discovers that being on the outside is no safer than being in prison.

The story started out really slow but once the pace picked up it got a lot more interesting and I found myself hooked. I found that each character was complex in their own way and I think that the author did a brilliant job at creating them especially the awful ones that I hated.

At times I thought that I knew how the story was going to end but there was always a twist or secret that managed to throw me off course. I never saw the end coming and I really liked how it ended. I would definitely be interested in reading more from this author. This story was filled with revenge, second chances, romance, forgiveness and heartbreak.

This book contains issues such as murder, sexual assault, drug use, violence and suicide.

I recieved an advanced copy for free, and this is my honest opinion.
Read more
Helpful
Report abuse
See all reviews

Amazon Customer
5.0 out of 5 stars Addictive
Reviewed in the United Kingdom on 20 January 2021
Verified Purchase
This story has you sucked in from the off. Jess is realised from prison and has no one there for her.
Starting a Job at Brights is the road to putting her past behind her. Karla her new colleague is more than happy to lend her a hand and help her out if a situation. Barry the probation officer has more in mind to just making sure the ex offenders stay on the right path.
Read more
3 people found this helpful
Report abuse

Mrs H
5.0 out of 5 stars Bad girls, maybe but a brilliant story!!
Reviewed in the United Kingdom on 15 February 2021
Verified Purchase
I've read some really good books, already, this year and it only February...but this has been the best!!! Just couldn't put it down and didn't want to either!!
It maybe lock-down 2021, but books such as this, are helping things along, for sure!!
Well done, Gemma Rogers...might be my first book I've read by you but definitely not my last!!
Read more
3 people found this helpful
Report abuse

Kindle Customer
5.0 out of 5 stars Heather j
Reviewed in the United Kingdom on 29 January 2021
Verified Purchase
I had to finish this book could not put it down.
Highly recommend this book great read.
So many things going on it took me time to work out who was playing with her
Read more
2 people found this helpful
Report abuse

Alison M
5.0 out of 5 stars Really relatable
Reviewed in the United Kingdom on 25 January 2021
Verified Purchase
As I read this I felt really invested in the main characters, they felt really relatable, like someone you would know, and behaved in a really believable ways. The story kept me held, wondering who had what to win/lose, and I ran through it in about three days. Loved it.
Read more
One person found this helpful
Report abuse

Milz
5.0 out of 5 stars Wow! What a great, gritty book.
Reviewed in the United Kingdom on 16 January 2021
Verified Purchase
Gritty, intense and twisty. I couldn't help but find myself fully immersed in the story and I found myself holding my breath as I rooted for Karla and Jess. Brilliant book, deserves more than 5 stars!
Read more
One person found this helpful
Report abuse
See all reviews
Back to top
Get to Know Us
Make Money with Us
Let Us Help You
And don't forget:
© 1996-2021, Amazon.com, Inc. or its affiliates