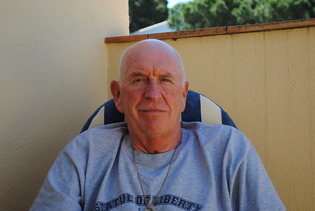 Page 1 of 1 Start overPage 1 of 1
Previous page
Next page
Start reading The Bad Fire on your Kindle in under a minute.

'The legendary Quintin Jardine . . . such a fine writer' ― Denzil Meyrick

Praise for Quintin Jardine's novels: Well constructed, fast-paced, Jardine's narrative has many an ingenious twist and turn - ObserverA plot with as many twists and turns as a Highland road ... delivers an excellent addition to the series - CrimeReview.co.ukVery engaging as well as ingenious, and the unraveling of the mystery is excellently done - ScotsmanAnother powerful tartan noir that packs a punch - Peterborough Evening TelegraphAnother cracker from Jardine...There are plenty of twists and turns along the way to keep you engrossed - Scots MagazineIf Ian Rankin is the Robert Carlyle of Scottish crime writers, then Jardine is surely its Sean Connery - Glasgow Herald

Quintin Jardine was born in the West of Scotland. He was educated in Glasgow, where he ditched a token attempt to study law for more interesting careers in journalism,government propaganda, and political spin-doctoring. After a close call with the Brighton Bomb in 1984, he moved into the even riskier world of media relations consultancy, before realising that all along he had been training to become a crime writer. Now, forty novels later, he never looks back.Along the way he has created/acquired an extended family in Scotland and Spain. Everything he does is for them.He can be tracked down through his blog: http://quintinjardine.me

Quintin Jardine was born once upon a time in the West - of Scotland rather than America, but still he grew to manhood as a massive Sergio Leone fan. On the way there he was educated, against his will, in Glasgow, where he ditched a token attempt to study law for more interesting careers in journalism, government propaganda, and political spin-doctoring. After a close call with the Brighton Bomb in 1984, he moved into the even riskier world of media relations consultancy, before realising that all along he had been training to become a crime writer. Now, forty novels later, he never looks back.Along the way he has created/acquired an extended family in Scotland and Spain. Everything he does is for them.He can be tracked down through his blog: http://quintinjardine.me
Read more

4.6 out of 5 stars
4.6 out of 5
341 global ratings
How are ratings calculated?
To calculate the overall star rating and percentage breakdown by star, we don’t use a simple average. Instead, our system considers things like how recent a review is and if the reviewer bought the item on Amazon. It also analyses reviews to verify trustworthiness.

Evie Johnstone
3.0 out of 5 stars Robert Morgan Skinner - this is your life.
Reviewed in the United Kingdom on 7 June 2020
Verified Purchase
Not quite what we have come to expect from Skinner.
As old characters came and went, reminiscing and ruminating, I thought we might expect Eamonn Andrews to appear - clutching a big red book - and saying "Robert Morgan Skinner, this is your life"
It's readable and it progresses the lives of Skinner's people but the man himself feels like he has lost ground.
On to 32!
Read more
Report abuse
See all reviews
Get FREE delivery with Amazon Prime
Prime members enjoy FREE Delivery and exclusive access to movies, TV shows, music, Kindle e-books, Twitch Prime, and more.
> Get Started
Back to top
Get to Know Us
Make Money with Us
Let Us Help You
And don't forget:
© 1996-2021, Amazon.com, Inc. or its affiliates