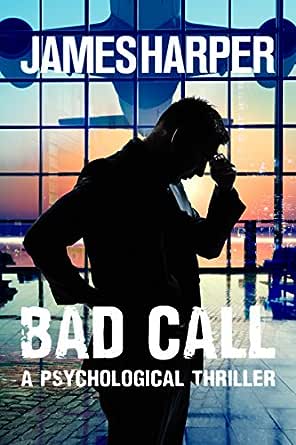 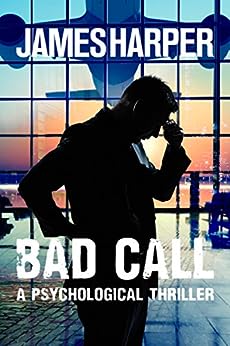 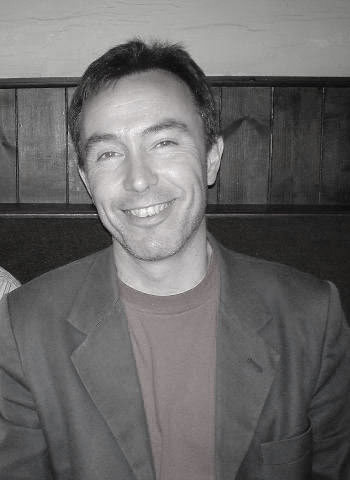 Silver Screen Videos
5.0 out of 5 stars Worthy of Hitchcock
Reviewed in the United States on 28 March 2014
Verified Purchase
One of Alfred Hitchcock's favorite plot themes was the innocent man wrongly accused who finds himself in an increasingly desperate situation as he tries to clear himself. In his clever suspense novelette, "Bad Call," James Harper reverses the formula by having the law close in on a guilty man and letting readers watch him squirm. Reversed formula or not, the end result is a story worthy of the master of suspense.

Ralph da Silva is a businessman working for an American company in an unnamed Latin American company. Because he is running late for an important business get together, he recklessly tries to pass some other vehicles on a twisty mountain road. He winds up forcing another car off the road but doesn't stop to render assistance; instead, he continues to the party. Once at the party, he winds up insulting one of the guests who just happens to be an official in the country's national (i.e., secret) police. To make matters worse, he finds out the next day that the passenger in the car that drove off the embankment is dead, and, to make matters still worse, the dead man was the brother of police official da Silva insulted.

Ralph da Silva makes for a most unlikely antihero in this story. While thriller writers often tell stories from the perspective of the villain, they usually try either to make the villain repellently fascinating by either being very demented or very effective at what he's doing or both. Harper throws the conventions out the window here. da Silva is a jerk and a scoundrel... he's a bigoted, arrogant drunk willing to let a man die rather than be late for a meeting. However, he's not all that competent. The cops in this story aren't the world's brightest but da Silva helps them out enormously. He panics out of fear of being subjected to the third degree by secret police goons under orders from a vengeful commander. Soon, Ralph soon makes one mistake after another, drawing increased attention to himself and making it easier for the police to close in on him.

Surprisingly, I found myself fascinated as the story unfolded, watching Ralph squirm more and more and wondering just how author Harper was going to end the story. Ironically, I was hoping for Ralph to get caught, not because he was callous or nasty (even though he certainly was), but because he was just so inept at his efforts to avoid detection that he deserved to be caught. Then, to top things off, once Harper drew me into the story and had me eagerly anticipating the ending, he pulled off a completely unexpected double twist ending that brought the amorality of the story to an entirely new level.

I don't usually give a five-star review to a work this short that the author charges for, because of the question of whether readers receive enough value for the money. However, I can safely say "Bad Call" provides more suspense and perverse enjoyment in 70 pages than most novels five times that long. There's only one character whom author Harper tries to develop (the others are strictly plot devices), but Ralph is a most unusual combination of repellant character traits and bumbling mediocrity so that watching him unravel was enormously compelling and entertaining.

Many of the best episodes in Hitchcock's classic TV series were later, one-hour dramas that gave Hitch's stable of writers the opportunity to keep ratcheting up the suspense. "Bad Call" is a throwback to that type of suspense drama; it's a story that would have made a great Hitchcock episode, right down to the double punch ending. Hitch would have loved "Bad Call" and so will suspense fans.
Read more
Helpful
Sending feedback...
Thank you for your feedback.
Sorry, we failed to record your vote. Please try again
Report abuse

Terry Licia
1.0 out of 5 stars Thriller? Didn't thrill me.
Reviewed in the United States on 25 April 2014
Verified Purchase
This wasn't even a book - just a long story of a drunk expat who made the typical cowardly moves of a drunk.

Written quite well but ended far too soon. HATE that. Did I actually spend money on this or was it a freebie? Can't remember but after the read, I HOPE I did not spend a dime.
Read more
2 people found this helpful
Helpful
Sending feedback...
Thank you for your feedback.
Sorry, we failed to record your vote. Please try again
Report abuse

Judy B
4.0 out of 5 stars Bad Call
Reviewed in the United States on 2 February 2014
Verified Purchase
I liked this book. It was an easy read and caught my attention early. No likeable characters however and am not really sure about the ending. I think the author left it up to the reader to decide the ending.
Read more
Helpful
Sending feedback...
Thank you for your feedback.
Sorry, we failed to record your vote. Please try again
Report abuse

LINDA ROBERTS
4.0 out of 5 stars ?????
Reviewed in the United States on 30 January 2014
Verified Purchase
WHAT? Just what happened? Celia with her expectant smile at the end of the book??? Don't leave us hanging!!! Totally caught off guard!
Read more
One person found this helpful
Helpful
Sending feedback...
Thank you for your feedback.
Sorry, we failed to record your vote. Please try again
Report abuse

Bernie
4.0 out of 5 stars Bad Call review
Reviewed in the United States on 29 July 2014
Verified Purchase
Bad Call by author James Harper is a short psychological thriller with an unexpected twist to the ending. I enjoyed it.
Read more
Helpful
Sending feedback...
Thank you for your feedback.
Sorry, we failed to record your vote. Please try again
Report abuse
Load more international reviews

Liz
5.0 out of 5 stars Excellent Read
Reviewed in the United States on 13 February 2014
Verified Purchase
This book really had a surprising ending and one I was not expecting. Could not put his one down. Title was most appropriate.
Read more
Helpful
Sending feedback...
Thank you for your feedback.
Sorry, we failed to record your vote. Please try again
Report abuse

mom of twins
3.0 out of 5 stars it was ok
Reviewed in the United States on 6 May 2014
Verified Purchase
I thought this was a pretty predictable story....I was also disappointed with the ending. I am glad I had gotten it for free
Read more
Helpful
Sending feedback...
Thank you for your feedback.
Sorry, we failed to record your vote. Please try again
Report abuse

terri hash
3.0 out of 5 stars "Bad Call" wasn't a good call!
Reviewed in the United States on 20 January 2014
Verified Purchase
I gave this book 3 stars! It was a really good book. Easy reading and interesting characters. The ending was unexpected. But, It felt like I was left hanging. Like the story wasn't finished. That's why I rated it so low. Finish the book or make it a series, with "Bad Call" being book 1. Once it's finished any adult gender would enjoy.
Read more
2 people found this helpful
Helpful
Sending feedback...
Thank you for your feedback.
Sorry, we failed to record your vote. Please try again
Report abuse