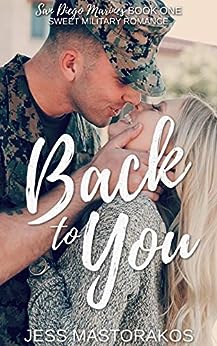 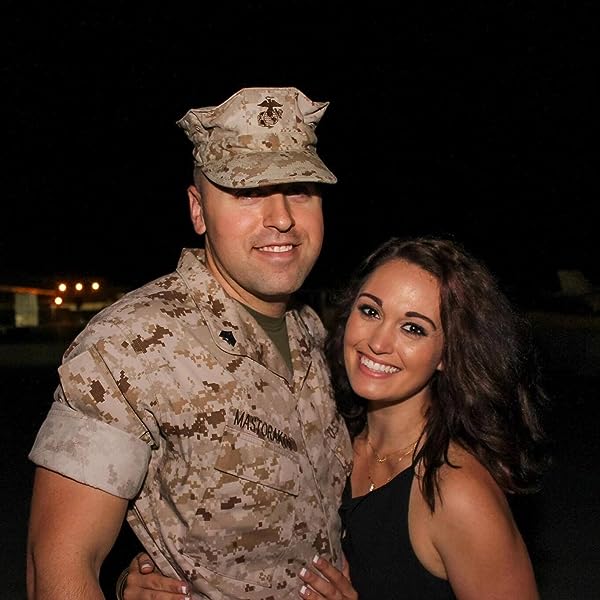 4.5 out of 5 stars
4.5 out of 5
321 global ratings
How are ratings calculated?
To calculate the overall star rating and percentage breakdown by star, we don’t use a simple average. Instead, our system considers things like how recent a review is and if the reviewer bought the item on Amazon. It also analyses reviews to verify trustworthiness.

Shebb
TOP 500 REVIEWER
5.0 out of 5 stars I'm falling in love with this series...
Reviewed in Australia on 21 September 2020
Verified Purchase
I loved Spence and Ellie's interactions in Sara and Vince's book (the prequel), so looked forward to what was in store. Boy, I did not expect so much turmoil, angst, seemingly unrequited love... and so much tension! IT WAS AWESOME!

I love how real and authentic the Marine Corps details are. Often details like that can be boring, or brushed right over, but Ms Mastorakos 'showed' this story perfectly. Bravo!

Onto the next book!!

Gatorfan
5.0 out of 5 stars sexy Marine, great story
Reviewed in the United States on 6 May 2020
Verified Purchase
BACK TO YOU is a stand alone, sweet, clean standalone love story with a happy ever after. Set in San Diego with a lot of Marine training boot camp as the background. Usually I don't care for teenage love stories but I will admit the Marine on the cover sucked me right into downloading this story. I'm glad it did. This was not the typical teenage couples.

Ellie and Spencer are best friends and have been since middle school when their parents became friends. Then his mother passed, his dad was lost and sort of withdrew into himself. Spencer became the other couples "son". He spent most of his time at their house with his best friend Ellie. In high school they dated others and at graduation Ellie was dating Tim and Spencer was getting ready to go to boot camp with the Marines. Ellie threw a big farewell party for him on the beach with all their friends. As the party is winding down he tells her he doesn't like her boyfriend, he is not good enough for her, and no matter where he goes he will always come back to her. It leaves her confused.

Of course, her boyfriend doesn't like Spencer or the time she spends with him. so there is friction between the three of them. The biggest problem is that Ellie wants a husband with a stable job, the white picket fence and 2.5 kids. Spencer wants to travel the world, see places he has never seen and be a part of the Marine Corp. So the dreams the two have will never mesh. His father was a career Marine and he saw what the deployments, etc. did to his mother and him as a child. He doesn't want to do that to any woman or child. So his thought is that the two of them could remain friends but could never be a couple. She sort of thinks along the same lines.

This story is especially good because it is a good representation of what goes on with military couples and how their lives go. My husband was career Navy. His longest deployment was 6 months, it occurred often but the length was never long than that. The Marines are longer and the Army is even longer than that. It takes a special kind of woman to be a military spouse. It can be rewarding and fun but it can also be hard on family life as well. This couple has just graduated high school they are 19 years old. VERY young to get serious. But it can be done if the couple is willing to work at it and accept that military life is not at all like the civilian lives they came from, in most cases.

It is a very good story. You will get sucked in and then be unable to put it down until the very last page. These two MCs are mature for their age and they knew each other for ever and then they knew what they wanted. It is a good story, good side characters that were friends they made in boot camp and will probably be friends for a lifetime. It is that way in the military. You have friends all over the world and they stay friends for a lifetime. It is a very good story and I definitely recommend it. There are no sex scenes so any age can read and enjoy and just quite possibly learn something about relationships and the give and take that it takes to make them work. A good story.

I was not paid for this review. I am not a writer nor do I know one. I am not kin to this author. I am a reader and this is my opinion, nothing more, nothing less. 5/5/2020
Read more
13 people found this helpful
Report abuse

WestTexasReader
5.0 out of 5 stars Aww, Spencer & Ellie!
Reviewed in the United States on 21 September 2020
Verified Purchase
I really liked this book. I had read the prequel Forever With You and couldn’t wait to read more of this series. Spencer & Ellie are only 18-19 years old, but they are so sweet together as best friends. They are both pretty mature for their age, as some kids are, but still they’re still discovering themselves. Spencer knows exactly what he wants to do and be, while Ellie know how she wants her life to look but not how to get there. Spencer is good-looking, though a bit of a player. Ellie is a beautiful, blond California girl with a steady boyfriend. What they learn as Spencer leaves for boot camp opens their eyes.
Personally, I like learning more about the Marine Corps inner workings. My dad is a Marine but not a lifer. I was born only after he returned from Vietnam, but he doesn’t talk about It much. I only know bits & pieces, but I enjoy hearing the jargon.
I’m currently reading this book for the second time & still can’t put it down for long. I love Ellie & Spencer’s story and the authenticity of their feelings.
The foreshadowing in this book is exposed in a later story. That’s why you need to read all of them! While I guess you could read them as stand-alones, why would you? They’re not cliffhangers but are much better in order, so you can catch up with old friends from earlier books.
Read more
5 people found this helpful
Report abuse

Ballet in AK
3.0 out of 5 stars Angsty, clean friends to lovers trope
Reviewed in the United States on 22 September 2020
Verified Purchase
*I received a free copy of this audiobook in exchange for my honest review*

The story was pretty good, although the angst was just about to the point that I had had it, when things finally resolved and I was able to enjoy the rest of the story. To her credit, the author allowed us plenty of time with the newly in-love couple, so that was good.

The idea of double narrators to voice the two view-points worked really well and I loved the idea. I've only heard this in one other book and it worked there, as well. That said, these two more read it, than acted it. They definitely acted the dialogue, but I felt that the in-between stuff was simply read. That's not 100% the case in this book, but that is the overall feeling. I think that both narrators have great potential!

NormaJean
5.0 out of 5 stars If you like military romance, you will love this book!
Reviewed in the United States on 7 November 2020
Verified Purchase
I will admit that am a sucker for military romance stories. Back to you is a well-written military romance with believable characters and situations. Since I was a military wife, I could identify with the feelings of those waiting at home for their husband/fiancé to return. I have a little bit of a problem with the ages of the characters. They seem to be much more mature than the average eighteen-year-old.

Other reviewers have mentioned the need for editing for grammar and spelling. I did notice that there were some errors that could have been caught by a good editor, but I also believe that some of those might be the fault of autocorrect...for example, the word ‘passed’ appeared in several places where ‘past’ should have been used. I’m willing to give the author the benefit of the doubt. Having said that, I enjoyed this book and look forward to reading the rest of the series.
Read more
One person found this helpful
Report abuse

LFH
5.0 out of 5 stars Love is blind!
Reviewed in the United States on 19 April 2021
Verified Purchase
Loved this story! Ellie and Spencer have been childhood friends and their parents are good friends, too. They felt at home in either place.

They were best bud's but never dated. Spencer didn't really date, he had hookups. He's always wanted to be a Marine. His father was a career Marine. Spencer's always been aware of the hardships the stay at home spouse has with deployments, frequent moves and having to be both mother and father to the kids. As a result of this, he's decided to never marry or have kids. After his mother died, his father became so withdrawn that now they barely talk to each other.

Ellie isn't sure what she wants to do after high school. Her father, a lawyer, wants her to go to law school. He's hired her to work as a receptionist at his law firm until she decides what to do. She has a steady boyfriend who will be leaving for college after the summer.

As the time comes for Spencer to leave for basic training, they begin to realize they do have romantic feelings for each other. Spencer really fights this!

And then.... Grab a copy and read what happens next. This story introduces Miles and Olivia (their story is next in the series).

Jess Mastorakos includes a link in this book for a free copy of Forever With You, the prelude to the series. It's the story of Spencer's recruiter, Vince, and Sara, the girl from the bookstore next to the recruiting office. Don't pass up this offer! I love it when characters are intertwined in a series.
Read more
Report abuse
See all reviews
Back to top
Get to Know Us
Make Money with Us
Let Us Help You
And don't forget:
© 1996-2021, Amazon.com, Inc. or its affiliates