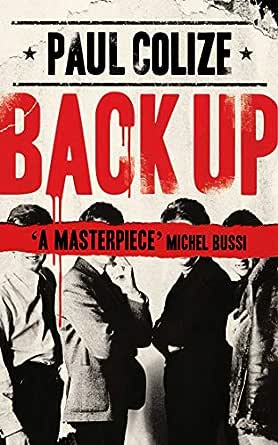 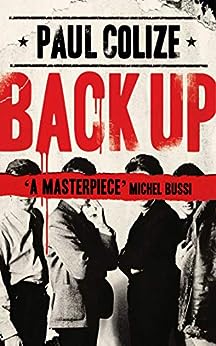 Back Up Kindle Edition

'A masterpiece.'-- "Michel Bussi, author of After the Crash"

'A vivid and clever story that takes us back to the musical scene swinging Sixties, but has a deeper plot at its heart. Highly recommended.'-- "Promoting Crime"

'A wonderful thriller... I have no qualms about recommending this book to anyone.'-- "Historical Novel Society, Editor's Choice"

'An impeccable tale of posthumous detection encompassing a loving look into the minutiae of rock and the atmosphere and background of some of its golden years. Add to that an exemplary mystery plot and you have a potent combination.'-- "Crime Time"

'Engrossing... This best-selling Belgian thriller, which was short-listed for two literary awards, is a treat for fans of dark mysteries and unreliable narrators.'-- "Library Journal"

'The rock-and-roll aesthetic of the plot kerrangs through the swift and exciting prose.'-- "World Literature Today" --This text refers to the paperback edition.

Paul Colize is a Belgian novelist who was born in Brussels in 1953. He is the author of ten novels including Back Up, which was shortlisted for the Prix Victor-Rossel and the Prix Sain-Maur en Poche. He lives in Waterloo, Belgium. Louise Rogers Lalaurie translates fiction and literary non-fiction from French. She read English Literature and Art History at Queens' College, Cambridge and worked as an editor and writer in London before moving to France in the early 1990s. Her translation of Gabrielle Wittkop's novella Murder Most Serene, set in 18th-century Venice, was shortlisted for the 2016 Best Translated Book Award. --This text refers to the paperback edition.

The prize-winning thriller that is a bestseller in France about a rock group that mysteriously die in 1960s Berlin --This text refers to the paperback edition.
Read more

Darren Gore
5.0 out of 5 stars A moving and riveting combination of mystery and modern historical odyssey
Reviewed in the United States on 27 August 2019
Verified Purchase
In 1967, all four members of a British rock group die in different locations across Europe. Were their deaths somehow connected - and were those tragedies what they seem? Soon after, an Irish journalist begins investigating.

In 2010, a homeless man in Brussels is hit by a car and badly injured. Suffering from locked-in syndrome, and with no identity, he begins a long process of recovery in a rural clinic.

How are these two series of events more than 40 years apart connected?

I thoroughly enjoyed reading Paul Colize's 'Back Up' to find out. This was partly because up until the connection is made, it was an engrossing story about the journalist's investigation and the homeless man's troubled '60s young adulthood...

...and then after a brief but unsettling incident in the uneasy West Berlin of 1967, 'Back Up' takes a stunning turn. The story becomes even more engrossing, sinister and tragic, and it stays that way right up until the last sentence.
Read more
Report abuse
See all reviews
Back to top
Get to Know Us
Make Money with Us
Let Us Help You
And don't forget:
© 1996-2021, Amazon.com, Inc. or its affiliates