$113.11
+ FREE Delivery
Sold by: Books Mela Aus
Flip to back Flip to front
Listen Playing... Paused   You're listening to a sample of the Audible audio edition.
Learn more
See all 3 images 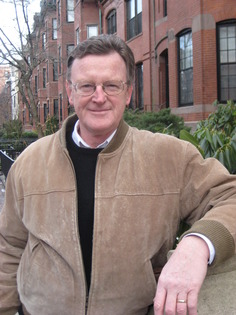 Martin's first novel is a clever and entertainaing blend of history, family, saga, and mystery. Its focus is on a magnificent gold and silver tea set that, made by Paul Revere and presented to George Washington by the merchants of Boston, becomes a key factor in the destinies of a prosperous Boston family, the Pratts, for 250 years. The set is stolen from the White House in 1814 by Horace Pratt in revege for governmet trade restrictions, and buried in the mud of the Back Bay. Later that part of the bay is landfilled, and the set's whereabouts become a mystery, solvable only by someone who can decipher certain clues in a Pratt diary. Shuttling between past and present, the narative detailsthe attempts of generations of pPRatts, and others, to retrieve the treasure, and encompasses a while string of violent deeds, including suiccide and murder. Matters reach an exciting though tragic climax in the1970s when twogroups opf serachers find the sert almost simultaneously.--Publisher's Weekly

Don't be fooled by the title: this mystery/adventure is no Beacon Hill tea party but a Southie-style rouser starring several generations of Yankee tycoons - the crafty Pratts - and their immigrant descended allies and enemies. The first American Pratt is Boston merchant Horace, who, disapproving of President Madison's trade policies in 1814, decides to fence a magnificent treasure, "The Golden Eagle Tea Set" - 31 pieces of flawless silver created by Paul Revere and presented to the White House in perpetuity by Washington. But somewhere, amid the British invasion chaos, the tea set goes astray - on a wild sea journey to a bizarre grave where it will stay until the 20th century. So it's up to present-day history grad student Peter Fallon and Evangeline Carrington, a Pratt descendant, to put together the Pratt family secrets and get to the tea set before it's found by various deadly Bad Guys - including a Pratt-gone-to-seed and a powerful local bully-boy planning to take over the Pratt industrial empire. Fallon and Evangeline, on the run a good deal of the time, work with some classy clues to the Tea Set's location: there are verses from Milton's Paradise Lost, for example, scattered far and wide - one discovered in the belongings of a west coast call girl (who's murdered), another on a church altar chalice. And the Tale of the Tea Set flips back and forth neatly between the centuries, grisly with Set-linked drownings and murders, spiced with some old scandals. Martin has carefully researched the topography of old Boston and tidily balances his inventive plot with narrow escapes and stopwatch action, including a subway tunnel dig and shootout. Rather gory, very farfetched treasure-hunt fun and mayhem - a bracing brew for long cold nights.--Kirkus

William Martin is the New York Times bestselling author of ten novels, an award-winning PBS documentary, and a cult classic horror movie, too. His first novel, Back Bay, introduced treasure hunting hero Peter Fallon, who has now appeared in five novels, and spent fourteen weeks on the Times list. SInce then Martin has been telling stories of the great and the anonymous in American history, from the Pilgrims to 9/11. His novels, including Cape Cod, Annapolis, City of Dreams, and The Lincoln Letter, have established him as "a storyteller whose smoothness equals his ambition" (Publisher's Weekly). He lives near Boston with his wife and has three grown children. In 2005, he was the recipient of the prestigious New England Book Award, given to "an author whose body of work stands as a significant contribution to the culture of the region."

4.3 out of 5 stars
4.3 out of 5
122 global ratings
How are ratings calculated?
To calculate the overall star rating and percentage breakdown by star, we don’t use a simple average. Instead, our system considers things like how recent a review is and if the reviewer bought the item on Amazon. It also analyses reviews to verify trustworthiness.

MesaGirl
4.0 out of 5 stars To be continued...Please
Reviewed in the United States on 10 August 2019
Verified Purchase
I stumbled upon this book and am happy I did. I love Boston. It is my very favorite city. This book took me there and I could see everything in my mind so perfectly. I love how historic this book is. And I love the flow that this book has between the past and the present. This was the first book that William Martin wrote and he did an amazing job! This is the first book by him that I've read and I liked it enough to want to read more of his books. I hated... absolutely, absolutely hated the very end. It completely fell flat. I am hoping that I will feel better about it after reading more of his books with Peter and Evangeline in them.
Read more
One person found this helpful
Report abuse

booklover
3.0 out of 5 stars but that's fine, I
Reviewed in the United States on 29 November 2016
Verified Purchase
I want to give this 4 stars (and while reading, 5 stars) but it just crashes at the end. There are some parts you're thinking "that's a little unrealistic, but that's fine, I;m enjoying this so much," and then the last 50 pages or so are just over the top and the very end falls flat on its face. Such an interesting story- the historical scenes (of all years) are way better than the modern day saga which just never flows as naturally.
Read more
8 people found this helpful
Report abuse

PETER J DEPUY
5.0 out of 5 stars Historical Boston fiction; a must read
Reviewed in the United States on 25 September 2016
Verified Purchase
Possibly the best book I've read this year (and I read a lot of books)! A highly suspenseful and mysterious tale that takes place in Boston from the early days of the city, in 1789, when it was just a tiny version of its future self, to the fill-in of the back bay marshes. A silver tea set made by Paul Revere is presented in Boston to President Washington, who takes it back to the swampy capitol. The British invade the capitol
Read more
3 people found this helpful
Report abuse

Paula
5.0 out of 5 stars another re-read
Reviewed in the United States on 24 September 2013
Verified Purchase
Like Cape Cod I first read this book quite a long time ago. Since 9/11/01 I have found that some books just don't read "true" because they were written before the changing of the world on that historic date. A test of good historical fiction is that it can be read at any time without regard for what has happened since.

This book, as the title indicates.....is set in Boston MA and switches back and forth in the lives of the Pratt family from the time of the War of 1812 to the mid 1970s. You come to know many members of this family....like some, despise others but even those who are unlovable still capture your interest and imagination.

Like other books by this author the historical portions of this historical fiction run true to the facts of the time. An enjoyable way to refresh my memories of events that happened near the city I call home.
Read more
3 people found this helpful
Report abuse

Amazon Customer
3.0 out of 5 stars an interesting read
Reviewed in the United States on 9 February 2020
Verified Purchase
I was disappointed. The ending left me wanting more. But characters are well drawn and interesting and consistent. I especially like going back and forth in time. That was interesting.
Read more
One person found this helpful
Report abuse
See all reviews
Back to top
Get to Know Us
Make Money with Us
Let Us Help You
And don't forget:
© 1996-2021, Amazon.com, Inc. or its affiliates