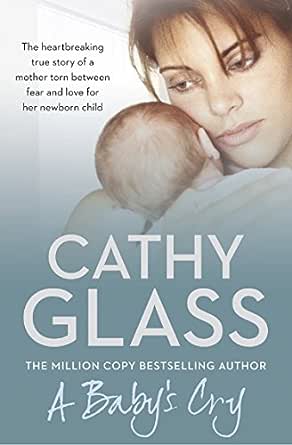 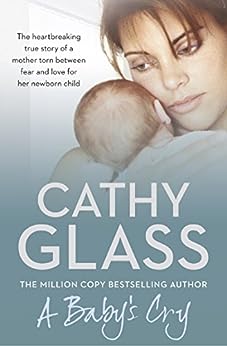 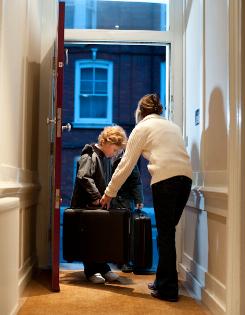 What could cause a mother to believe that giving away her newborn baby is her only option? Cathy Glass is about to find out. From author of Sunday Times and New York Times bestseller Damaged comes a harrowing and moving memoir about tiny Harrison, left in Cathy’s care, and the potentially fatal family secret of his beginnings.

When Cathy is first asked to foster one-day old Harrison her only concern is if she will remember how to look after a baby. But upon collecting Harrison from the hospital, Cathy realises she has more to worry than she thought when she discovers that his background is shrouded in secrecy.

She isn’t told why Harrison is in foster care and his social worker says only a few are aware of his very existence, and if his whereabouts became known his life, and that of his parents, could be in danger. Cathy tries to put her worries aside as she looks after Harrison, a beautiful baby, who is alert and engaging. Cathy and her children quickly bond with Harrison although they know that, inevitably, he will eventually be adopted.

But when a woman Cathy doesn’t know starts appearing in the street outside her house acting suspiciously, Cathy fears for her own family’s safety and demands some answers from Harrison’s social worker. The social worker tells Cathy a little but what she says is very disturbing . How is this woman connected to Harrison and can she answer the questions that will affect Harrison’s whole life?

Cathy Glass has been a foster carer for more than twenty-five years, during which time she has looked after more than one hundred children of all ages and backgrounds. She has three teenage children of her own; one of whom was adopted after a long-term foster placement. She has written more than a dozen books, including the bestselling memoirs Cut, Hidden, and Mummy Told Me Not to Tell.

Leyna
2.0 out of 5 stars Way to many filler words!!!
8 April 2016 - Published on Amazon.com
Format: Kindle EditionVerified Purchase
As I am very grateful that this woman has such a big heart, I feel she should stick with what she is good at, caring for children, not writing memoirs. I could not finish this book. In fact as far as I got was finding out the mother would possibly be killed if anyone found out she had a baby. This book was so mundane, I couldn't stand it. Having to read about every single little thing the foster mother did was absolute torture. I passed over many paragraphs in this book due to lack of relevance to anything. I cannot for the life of me understand how others thought so highly of this book. I feel she was trying to stretch this story out, so needed to use a lot of filler words. Ugh, this was not for me, that's for sure!!
Read more
16 people found this helpful

Mary Lynne Rapisardi
5.0 out of 5 stars Love this book!
28 July 2018 - Published on Amazon.com
Verified Purchase
Another wonderful story, but that doesn't surprise me after being in love with all of her books. This did have a bit of a change by Cathy fostering a baby, as she usually fosters children a little older . I love the endearing nature of how Cathy cares for Harrison with such love and commitment. She is such a conscientious person who truly goes above and beyond when it comes to, not only fostering, but dealing with children in general, from her foster children to her own son and daughter. It amazes me how she is able to do everything she does and adapt to so many situations.
Read more
7 people found this helpful

Joanna M
2.0 out of 5 stars Not one of Glass' best...
19 February 2020 - Published on Amazon.com
Format: Kindle EditionVerified Purchase
As several other reviewers have mentioned, Glass bogs the story down with loads of unnecessary detail - for instance, instead of simply stating that she went somewhere, she will say she unlocked the car door with her electronic key fob, opened the door, sat down in the driver's seat, put on her seatbelt, etc. Considering it's safe to assume that all her readers are familiar with the concept of cars, all this filler manages to do is distract from the main story and make the reader impatient.

All in all, there really isn't much story overall, as this book is centered upon an infant, while Glass' other foster children have been older, with extensive backstories of parental abuse and/or neglect, behavioral issues, etc. The main question is just why baby Harrison's mother - single, yet not a teenager and with a good education and job - is so adamant about putting him up for adoption when it's clear she loves him and wants to keep him. Glass spends the majority of the book speculating; yet when the answer is finally revealed, it's sad, but definitely not shocking.

Really, this might have been better told as a short story rather than a full book.

laura hely
5.0 out of 5 stars A well written story about relationships one does not usually consider.
8 March 2016 - Published on Amazon.com
Format: Kindle EditionVerified Purchase
Cathy is a woman with a son nine and daughter five. Her husband has left the home, he takes the children for the day once a month. What makes this family special is that Cathy has been taking I'm foster children for several years. One day she got an unusual request. She was asked to pick up a newborn the day after his birth. This made here nervous as she had never fostered a newborn, the last baby she had cared for was her five year old daughter. Cathy pulled it together, got her baby supplies out is storage, shipped for the supplies she would need and had everything together by the time she picked up her children from school. The next day she picks Harrison from the hospital. He was a beautiful baby, happy most of the time. Then begins the making of a family. Cathy's children and extended family were enchanted with the sweet baby. But there was a mystery about Harrison. All Cathy could find out was that, should Harrison's existence became known, his parents would be killed.
This is a wonderful story about family love and how the important attachment to a newborn comes about. Cathy's loving concern for Harrison and eventually his mother
plays out beautifully. I think most would truly enjoy this book

Amazon Customer
2.0 out of 5 stars An Unremarkable Tale Lost in Minutia
18 February 2020 - Published on Amazon.com
Format: Kindle EditionVerified Purchase
It's a very simple story, really. A foster mother takes care of a baby. The reason the mother is putting her child up for adoption is mysterious. There is such a build up to the reason for the adoption, that when it is divulged, it is a huge letdown. (A silly reason that I thought could be easily overcome, and it was so..) The foster family grows to love the baby and it's difficult to let go, as one would expect. The baby sounds adorable. The foster mother's kids sound adorable, and what a lovely heart she has for undertaking such a difficult task. That's about it.
It is a struggle to finish this book. Every single detail is painstakingly recorded, as if this were a middle-schooler's book report requiring a minimum amount of words. There are paragragraphs like this one, ad nauseam: ""Releasing the belt that held his car seat in place I carefully lifted out the seat and closed the door. I held the handle of the seat with one hand while I opened the boot with the other. I took out the bags and trolley case and then pressed the fob to lock the car. In the porch I stood the trolley case to one side while I opened the front door, now remembering that two hands are not enough when you have a baby..."" And ""..he burped and a small rivulet of milk trickled from the corner of his mouth and on to his sleepsuit. I now realized I’d forgotten to bring in a bib with me. I carefully stood and carried Harrison into the kitchen, where I took one of the bibs I’d bought from the drawer, and then tore off a strip of kitchen towel and wiped the milk from his mouth and the sleepsuit. Returning to the sofa I lay Harrison in my left arm again and, tucking the bib under his chin, gave him the rest of the bottle."" These tedious descriptions of ordinary tasks add nothing to the progression of the story. The characters are not well developed. The story is unremarkable. So much so that in the end, it's hard to muster up any type of emotional response. The material would have been best as an interesting article in a magazine.

Read more
Go to Amazon.com to see all 240 reviews 4.3 out of 5 stars
Get FREE delivery with Amazon Prime
Prime members enjoy FREE Delivery and exclusive access to movies, TV shows, music, Kindle e-books, Twitch Prime, and more.
> Get Started
Back to top
Get to Know Us
Make Money with Us
Let Us Help You
And don't forget:
© 1996-2020, Amazon.com, Inc. or its affiliates