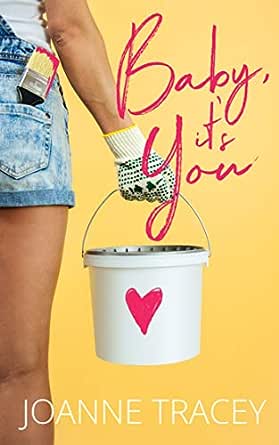 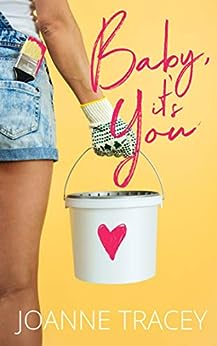 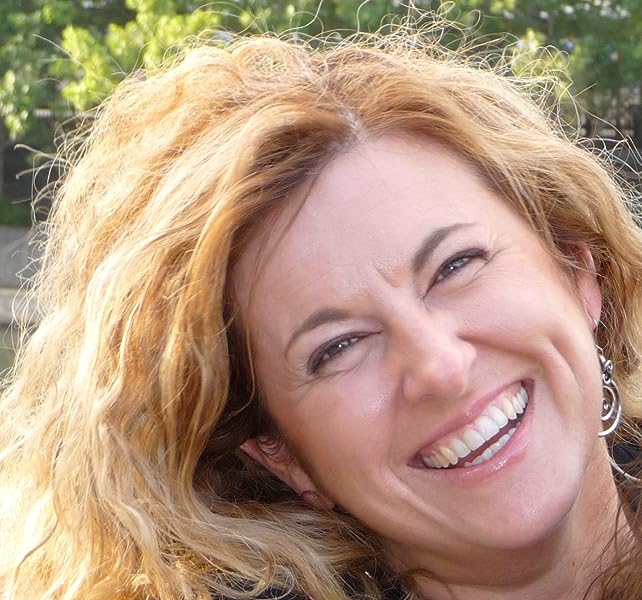 Ms Sparkles
4.0 out of 5 stars An enjoyable read
Reviewed in Australia on 5 June 2015
Verified Purchase
What an enjoyable read from this new author, Joanne Tracey. It's "chick lit" to a tee, and was quite difficult to put down once I got started. I can always tell I'm going to enjoy a book when the characters get in my head and I can't wait to see where they go next - that's exactly what happened with Baby, It's You. Yes, it did end how I thought it was going to end - but that's exactly how I wanted it to go. Well, for the most part. Looking forward to reading more from her in the future - great way to spend a Sunday afternoon curled up under a blanket with a cup of tea and virtually wandering through the familiarities of Melbourne.
Read more
One person found this helpful
Helpful
Comment Report abuse

Michelle Curtis
4.0 out of 5 stars Unexpectedly loveable :)
Reviewed in Australia on 10 June 2015
Verified Purchase
A story about thinking you know yourself, losing yourself and re-finding who you should have been all along. Quirky, warm, funny, and ultimately lovely. I liked this so much I read it in a day. Then I read it again a week later. I hope this author writes more. I really like her style.
Read more
Helpful
Comment Report abuse

Jennifer Morton Writer
4.0 out of 5 stars Classic chick-lit
Reviewed in Australia on 4 June 2015
Verified Purchase
Classic chick-lit. Baby,It's you is full of the drama and laughter of every woman's life. An easy read with likeable characters - even though Em drove me a bit batty!! Definitely worth a read. Would be a great holiday book.
Read more
One person found this helpful
Helpful
Comment Report abuse

Milica Radic
5.0 out of 5 stars Five Stars
Reviewed in Australia on 5 June 2015
Verified Purchase
It was a great story , enjoyed it , looking forward to more.
Read more
One person found this helpful
Helpful
Comment Report abuse

Deborah Cook (@ Debbish dot com)
TOP 500 REVIEWER
4.0 out of 5 stars Emily Porter is like a more-evolved Bridget Jones... complete with someone else's bucket list.
Reviewed in Australia on 11 May 2015
I'm not usually a fan of chick lit so approached this book nervously even though I'm a fan of the debut author's blog. However I needn't have worried as I enjoyed the book so much I read it in a sitting!

Emily, Josh (Booth) and Suse are best friends who met when working together a long time ago. Suse’s now married with kids and a high-flying career while Emily and Booth continue to work in the same software / IT company.

We initially meet all three at their regularly Friday night drinks. They’re talking bucket lists and both Booth and Suse have them and are shocked avid list-maker Emily doesn’t have one. Although she eventually confesses, while she doesn’t have a to-do-before-I-die list, she has her dreams.

She’s just not sure they involve her boyfriend Craig. He’s talking about living together and happily ever after, but she’s not sure they’re a good fit. They hate each other’s friends and it’s pretty obvious to everyone around them their relationship is about to implode, rendering Emily’s Craig-related pros and cons list redundant. But it’s not only Em’s relationship causing her angst, she’s feeling a bit stale in her career and wants a change.
Emily’s passion for second-hand and vintage clothes proves fortuitous when she discovers a bucket list in the pocket of an old coat. The list—and the coat—are seemingly made just for her. Although the list does require a bit of tweaking!

Enter the flirty and handsome newcomer at Emily's workplace—who could be everything she's looking for in an ideal partner.

Emily is very Bridget Jones-esque. Albeit a more evolved and adult (and less-annoying) Bridget.

I loved all three lead characters, particularly Emily and Booth. Their witty banter felt very authentic and I thought I could easily be listening to their conversation in a bar somewhere.

The book's well-written in an easy tone and while it IS a modern day romance, it's also so much more. It's about trust, loyalty and friendships. (Oh and it's also about Melbourne, music, home renovations, food, bucket lists and Bali!)

Read the full review on my blog: http://www.debbish.com/books-literature/baby-its-you-by-joanne-tracey/

JF Gibson Writer
5.0 out of 5 stars Smart, sassy, and fun
Reviewed in Australia on 4 March 2018
I loved everything about this book. Likeable and relatable characters, smart and sassy storyline, and a perfect ending. The setting of Melbourne and later Bali was so well written it feels like you are there. And I was 100% invested in the characters and their plight. Great fun read.
Read more
Helpful
Comment Report abuse
See all reviews from Australia

Shirley Gay Norris
5.0 out of 5 stars Best in a long while
Reviewed in the United States on 11 March 2019
Verified Purchase
I read about a book a day and today I was very lucky to read this book. As the story developed, I thought I knew what was going to happen… I had an inkling… And then it happened. I was so glad that the narrative went the way I wanted it to go. Characters were absolutely marvelous. And I was right there with my paintbrush during the renovation!
Read more
2 people found this helpful
Helpful
Sending feedback...
Thank you for your feedback.
Sorry, we failed to record your vote. Please try again
Report abuse

Kentaj
5.0 out of 5 stars One very big surprise
Reviewed in the United States on 10 August 2015
Verified Purchase
Most books in the "chick lit" genre don't offer much in the way of surprise. You can count on a plucky heroine who doesn't quite have her life figured out; a cadre of supportive and irreverent friends; plenty of alcohol; a charming rake who breaks the heroine's heart and prompts long-delayed personal growth; and above all, a solid, adorable guy waiting in the wings to make it all worthwhile.

Joanne Tracey's debut novel hews tightly to this formula. But in the case of "Baby, It's You," there was one very big, very significant surprise, and that was just how much I enjoyed reading it. Despite being a lot older than Em, the protagonist, and having a life that hasn't remotely resembled hers for a quarter of a century, I spent a long, lazy Saturday with this book, carrying my iPad around with me so I could keep reading when I occasionally and grudgingly had to leave the sofa.

The writing is strong, the dialogue is snappy, and the characters are believable. I tried the book because I'm a fan of Tracey's blogs, but I gulped the whole thing down in an afternoon because it's a delightful read.
Read more
3 people found this helpful
Helpful
Sending feedback...
Thank you for your feedback.
Sorry, we failed to record your vote. Please try again
Report abuse

Aileen
5.0 out of 5 stars An Awesome Read
Reviewed in the United States on 17 June 2015
Verified Purchase
This awesome book had me from the very first page! I was caught up in the story and couldn't put it down until I finished :) loved it :)
Read more
One person found this helpful
Helpful
Sending feedback...
Thank you for your feedback.
Sorry, we failed to record your vote. Please try again
Report abuse

paddywack46
4.0 out of 5 stars A real good read, liked it more than Eat PrayLove
Reviewed in the United States on 18 June 2015
Verified Purchase
A real good read,liked it more than Eat PrayLove.
Read more
2 people found this helpful
Helpful
Sending feedback...
Thank you for your feedback.
Sorry, we failed to record your vote. Please try again
Report abuse