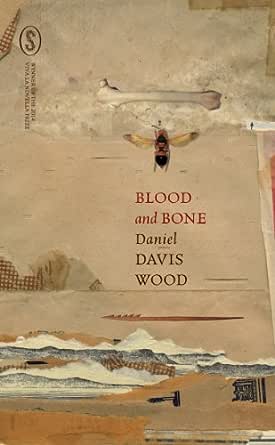 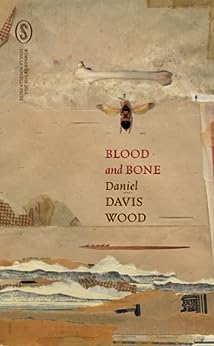 'Daniel Davis Wood’s Gothic-tinted family history fulfils two objectives: shedding light on a dark past, and exploring intellectual and aesthetic problems that the writing of such a story might create. [Blood and Bone] is grounded in factual material and Wood has filled the gaps with imagined scenes and conversations, but the tale is made seamless by a tight structure and a hypnotic style that seems to owe something to the work of Gerald Murnane.' Kerryn Goldsworthy, The Sydney Morning Herald

With the death of her mother, eleven-year-old Abigail must learn to fend for herself against the cruel stewardship of her father. At war with the local
Aboriginals and intent on staking his claim on the land at any cost, what occurs between the two is a stunning powerplay that exposes the limits of the human imagination.

Inhabiting the speculative peripheries of the historical record, Blood and Bone is an uncompromising exploration of Australia’s dark history and its legacy.

Following on from 2013’s successful winner, Midnight Blue and Endlessly Tall by Jane Jervis-Read, Seizure’s Viva La Novella competition is back! This initiative is unique in its support of writers and editors alike. Four talented editors each selected a manuscript to work on from a pool of over 150 entries. The winning authors were announced at the Emerging Writer’s Festival in Melbourne in June 2014.
See all Product description
click to open popover

robyn
5.0 out of 5 stars Excellent book, beautifully written!
6 July 2014 - Published on Amazon.com
Beautifully written account of some rather horrific events that involve the author's ancestors in Australia. He frequently acknowledges where he is imagining or creating details to support what he has researched, but this is not disruptive to the flow, but actually enhances the story-telling. This is a compelling story written in elegant prose that was not only difficult to put down, but compels me to read more about this subject and by this author. I visited his web site (danieldaviswood.com) and read his excellent literary criticism, and will read his other books as soon as possible. This is well worth the read, and I will recommend it to colleagues and friends.

A copy was received in exchange for an honest review.