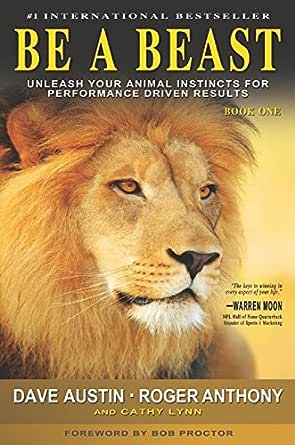 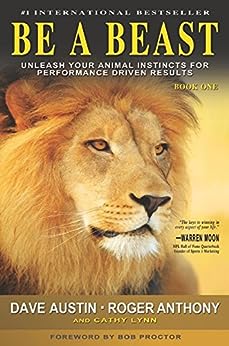 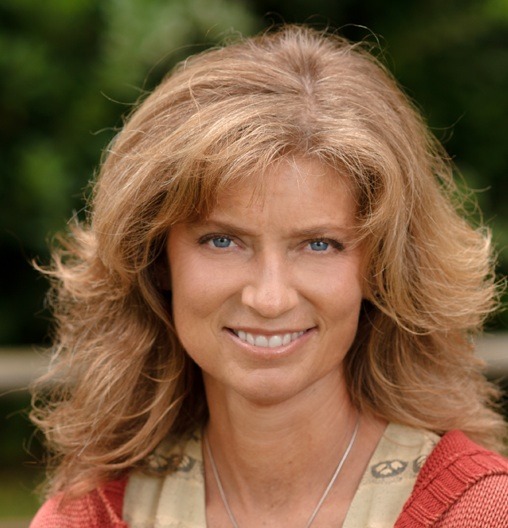 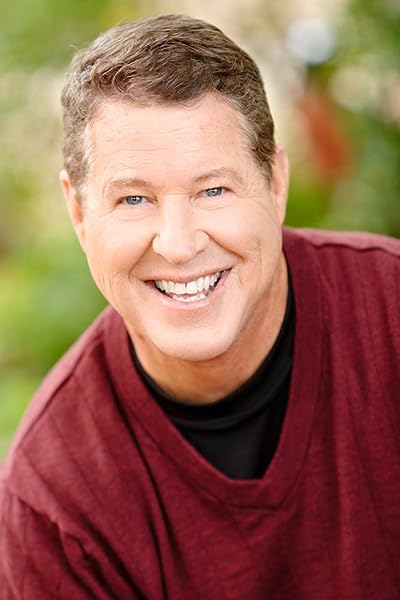 BE A BEAST: Unleash Your Animal Instincts for Performance Driven Results Kindle Edition

Dave Austin is an International bestselling author and a highly sought after "mental performance coach" to professional athletes. As founder of Extreme Focus he is best known for his "game ready" visualizations, which have helped NFL, MLB, Olympic, and college athletes achieve extraordinary results, along with assisting business leaders and Fortune 100 and 500 companies excel to new heights. As a former professional athlete himself, Dave uses his firsthand knowledge and experience to help get his clients "in the zone" and is affectionately known as the "secret weapon" when it comes to a competitive edge. In addition to his one-on-one work, he helped the U.S. Olympic field hockey team get their best results in World Cup competition, assisted the L.A. Dodgers in going from last place to winning the pennant, and gave the extra edge and mental strength to an Army Ranger team during their Best of the Best Competition. Roger Anthony's best known as a visionary, corporate trainer, speaker, coach, mentor, author, and boxing speedball champion athlete. His life exemplified how one can keep cool, calm, creative, spiritual, and productive under pressure. Roger's legacy includes a suite of Crocodiles mastery programs including Crocodiles not Waterlilies, Crocodiles not Dinosaurs, and in Crocodiles International, an organization that specializes in business and personal transformation. His mission was to "Inspire people to help themselves thus enabling them to inspire others to do the same." As an entrepreneurial coach of CEOs and founders, Roger's wisdom and innate ability to inspire individuals, groups and audiences worldwide often ignited their creative intuitive nature in order to live their true mission and purpose in life. Cathy Lynn is also an International bestselling author who co-wrote Songwriting for Dummies with her husband Dave, whose real love is to inspire others through her flair for writing; whether it's in her own books, co-writing projects with others, or through her love of screenwriting. In her role as a professional ghostwriter, Cathy's clients range from Internet gurus, music-industry giants, and professional athletes, to relationship coaches and masters in the personal development arena-and her primary motivation is to help people get their stories told, which stems from her own dad's passing before he had a chance to get the book he wanted to write out of his head and onto paper. This is what drives her day-in and day-out. --This text refers to an out of print or unavailable edition of this title.
click to open popover

Jeff S. Brodie
5.0 out of 5 stars Life transforming principles have never been so clearly communicated as what I read in Be A Beast! A Must Read for all!
Reviewed in the United States on 19 August 2015
Verified Purchase
Be a Beast is everything and more! What amazing insight and parables to live by. From the field to the board room and everywhere in between. The principles shared in this first installment are the foundations to life success. Dave Austin has a gift at delivering inspiration that connects deeply and profoundly at all levels; mentally, spiritually and physically. The information which Dave Austin, Roger Anthony and Cathy Lynn have shared are culmination of a life time of experience, principle and practice. Our society needs to get connected to these core principles to transform the direction our generation and society have fallen into and by applying these principles shared in this first book of Be A Beast our nation and the world can be transformed. The inspiration shared here is the heart and sole of a lifetime of high vibration energy that will propel you forward to the life that dreams are made of.
Read more
One person found this helpful
Helpful
Sending feedback...
Thank you for your feedback.
Sorry, we failed to record your vote. Please try again
Report abuse

David R. Boufford
5.0 out of 5 stars Takes personal growth to the next level...
Reviewed in the United States on 14 September 2015
Verified Purchase
This book provides actionable strategies that can truly impact your life when you apply them. I've seen their affects in my own life and in the lives of my coaching clients.

This is sure to become a classic for all who seek to live life to their fullest potential. Thanks Dave, Roger and Cathy for putting this into the world, so many will be healed when they adopt the Be A Beast performance tools!
Read more
One person found this helpful
Helpful
Sending feedback...
Thank you for your feedback.
Sorry, we failed to record your vote. Please try again
Report abuse

Eric
5.0 out of 5 stars YES!
Reviewed in the United States on 20 August 2015
Verified Purchase
I heard Dave speak at the Secret Knock last week in San Diego. Hearing him share his story I picked up on that this man is the real deal. Honest, genuine, caring and compassionate. Personally I have never been much of a sports guy AND after reading this book I have a whole new appreciation for what goes on "behind the scenes" of successful athletes, which is true of successful PEOPLE. I loved the connection with the animals and has allowed me to anchor these teachings and lessons into my memory with ease. My favorite is the Eagle, the one that soars high and has a large lung capacity. Absolutely love that part. I have ordered a few copies to share with friends. Thanks Dave!
Read more
2 people found this helpful
Helpful
Sending feedback...
Thank you for your feedback.
Sorry, we failed to record your vote. Please try again
Report abuse

Sima A. Patel
5.0 out of 5 stars An amazing book by an amazing author
Reviewed in the United States on 3 June 2017
Verified Purchase
An amazing book by an amazing author! Definitely need everyone in my network to read this so we can be on another level together. If you're looking for performance based results, read this book and get two copies. One for a friend. Pay it forward, you'll be glad you did!
Read more
Helpful
Sending feedback...
Thank you for your feedback.
Sorry, we failed to record your vote. Please try again
Report abuse
Load more international reviews

E. Byron Chappell
5.0 out of 5 stars Share one with your family and friends!
Reviewed in the United States on 23 October 2015
Verified Purchase
It's great to see Dave bring Roger's work and combine it with his own life's journey. This is a must read for anyone wanting to uplevel and improve their life. It should be shared around the family and friends, it's that kind of book. Byron
Read more
One person found this helpful
Helpful
Sending feedback...
Thank you for your feedback.
Sorry, we failed to record your vote. Please try again
Report abuse

Sarah Coolidge
5.0 out of 5 stars Be a Beast!
Reviewed in the United States on 1 June 2016
Verified Purchase
Dave Austin has done an amazing job of training athletes and professionals on performing at their best by harnessing their power of focus. This book captures some of his best insights.
Read more
Helpful
Sending feedback...
Thank you for your feedback.
Sorry, we failed to record your vote. Please try again
Report abuse

william bonati
5.0 out of 5 stars Being an outdoorsman, an entrepreneur, and athlete I ...
Reviewed in the United States on 20 August 2015
Verified Purchase
Being an outdoorsman, an entrepreneur, and athlete I connected with Dave Austin's message in Be A Beast. This is a must read for anyone looking to achieve extreme focus and train your mind for extraordinary results.
Read more
One person found this helpful
Helpful
Sending feedback...
Thank you for your feedback.
Sorry, we failed to record your vote. Please try again
Report abuse

Stoney
5.0 out of 5 stars 'Be a Beast' is a great book.....
Reviewed in the United States on 13 October 2015
Verified Purchase
What an inspiring and riveting book so far. I'm about half way through. Very impressed!
Read more
One person found this helpful
Helpful
Sending feedback...
Thank you for your feedback.
Sorry, we failed to record your vote. Please try again
Report abuse

Donna Jo Sepulveda-Weber
5.0 out of 5 stars Great book for all
Reviewed in the United States on 22 September 2015
Verified Purchase
Great book for all, not just sales, thought provoking that covers all facets of our lives! Good job Dave!!
Read more
One person found this helpful
Helpful
Sending feedback...
Thank you for your feedback.
Sorry, we failed to record your vote. Please try again
Report abuse

Ricardo Gonzalez Padilla
5.0 out of 5 stars I recommend it
Reviewed in the United States on 23 October 2015
Verified Purchase
Excelent book. I had a lot of insughts while O was reading it
Read more
One person found this helpful
Helpful
Sending feedback...
Thank you for your feedback.
Sorry, we failed to record your vote. Please try again
Report abuse