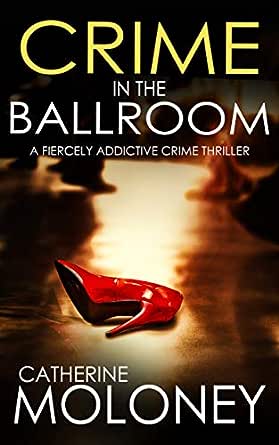 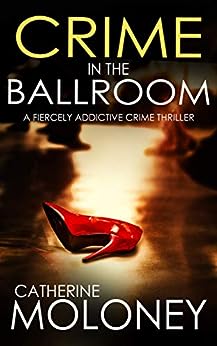 4.0 out of 5 stars
4 out of 5
101 global ratings
How are ratings calculated?
To calculate the overall star rating and percentage breakdown by star, we don’t use a simple average. Instead, our system considers things like how recent a review is and if the reviewer bought the item on Amazon. It also analyses reviews to verify trustworthiness.

Ann Reid
5.0 out of 5 stars As good as are all her book in the series. The character interplay just gets better.
Reviewed in Australia on 13 September 2020
Verified Purchase
I am a fan so I always love her books. I love the interplay between her characters This had a really shocking twist at the end.
Read more
Helpful
Comment Report abuse
See all reviews

ALYSON R
4.0 out of 5 stars Good addition to the series!
Reviewed in the United Kingdom on 11 July 2020
Verified Purchase
This is book number nine in the detective series and easily works as a stand alone since the reader gets filled in on any necessary history. References are made to past cases which made me want to go straight back and catch up with earlier stories. Certainly there didn't appear to be any spoilers. The series centres around the rather quiet and thoughtful DI Gilbert Markham at Bromgrove CID and his team which comprises the gruff and outspoken DS George Noakes, rather swotty DS Kate Burton and eager DC Doyle. The two younger detectives have started to fit well into their roles and are now afforded a somewhat fatherly protection by Noakesy, although he'd never admit to his softer side in public!! Markham has long given up hope of house training Noakesy but would never be without his loyal wingman, especially in the endless struggle against Slimy Sid, their DCI. The story begins with Noakes' own rather wayward daughter Natalie. Her parents thought dance lessons might be a great Christmas present after seeing her glued to a popular dance programme on TV, although like half the female viewers it was a certain TV star she was watching intently! So in early January she finds herself rather unwillingly heading to the Bluebell Dance Studio, a local establishment set in a former church run by glamorous owner and former dancer Shirley Bastin. Before there's even a hint of a sequin for Natalie she meets Shirley's daughter Cathy Gould, the complete physical opposite to her attractive and svelte mother, who declares that she has found her mother dead! The woman is found headfirst in a small ornamental barrel of water in the garden and it looks like an accident. Police are called, just in case, and so begins the Bluebell Case. There is absolutely no proof of wrong doing and even the pathologist, Doug "Dimples" Davidson can't call it one way or the other, but Markham has a very uneasy feeling about the death. His best bet is to hope that someone else dies and sadly he doesn't have to wait very long to be proved right. With a host of potential suspects, including catty dancers, ex partners and pushy parents, they are spoiled for choice but still missing a motive. With more deaths in quick succession, the trail seems to lead back to a cold case under review by a former colleague, and the team are convinced the key to their current killings lies somewhere in the past. And it looks like they need to get their skates on before anyone else dances with death. This story had a good and not particularly complicated plot, and was filled with well described characters that I feel I will come to know better with each book. The author doesn't make it easy for the reader to guess the ending. With no single clear motive or suspect, I think near the end of the story I was as baffled as the detectives were. However all was explained in the last chapter and it made sense once the culprit was revealed. The one thing that spoilt the book for me was the author's use of a lot of obscure words. More than once I had to stop reading to check if the word really meant what I thought it did, and for me this slowed down my reading and the flow of the story. I do think this may put off some readers. On the plus side, saving it for me, were the witty narrative and the humorous descriptions of some of the characters, particularly DS Noakes who has become a firm favourite of mine. 3.5*/4*
Read more
6 people found this helpful
Report abuse

Kindle Customer
5.0 out of 5 stars Strictly deadly dancing.
Reviewed in the United Kingdom on 20 July 2020
Verified Purchase
Wow! I hoped we'd get a story with Noakes showing off his Fred Astaire side but it does not happen. Instead we have murder (multiple murder,almost as bad as Midsommer) at a dancing school. Lots of references to Strictly Come Dancing and we get to meet the ghastly Natalie up close and personal along the way. Our brooding detective is as Sensitive and Byronic as usual, his Pre Raphaelite lover as annoying as ever , Falstaffian ragbag second in command as faithful as ever but brace yourself for a shocker of an ending. No spoilers but I don't think you will see it coming. A good addition to this series. Very enjoyable.
Read more
2 people found this helpful
Report abuse

Reader
4.0 out of 5 stars Book 9 but work well as stand alone
Reviewed in the United Kingdom on 11 July 2020
Verified Purchase
Crime in the Ballroom is book 9 in the Detective Markham series but they do work perfectly as stand-alone.

Bluebell is a dance school offering classes in many different dances and has been in the family for some time. It isn't a place you would associate with murder so it was a shock when the body of Shirley was found. Suicide or something more sinister Markham is low on investigations so decides to delve further into what happened. But one death at Bluebell's wasn't the only crime and dealing with a group of actors the lies were well covered up.

This is an intriguing story with many suspects but little in the way of clues but Markham and Noakes don't give up easily especially when their loved ones are linked to the school.

I thought I had worked out who was doing the killing but I was completely wrong and the real suspect came as a complete shock.

A book that keeps the reader's attention all the way through. It lost a few marks because I thought the use of 'clever' words (and the need to look up their meaning) was unnecessary and distracting.

contad
1.0 out of 5 stars Come on Amazon get your act together
Reviewed in the United Kingdom on 8 July 2020
Verified Purchase
I thought I must have been losing my grip when one of the characters was mysteriously seemed to have been murdered in the middle of a chapter with no reference to the crime at all, but it appears that this happened to everyone who purchased the kindle edition.
Do not purchase until this is sorted and Amazon should refund everyone who has purchased it. Very disappointing for such an excellent series.
Read more
2 people found this helpful
Report abuse

lelly
5.0 out of 5 stars Addicted To Markham and Noakes
Reviewed in the United Kingdom on 10 August 2020
Verified Purchase
I've now read all nine books in this series.
Thoroughly enjoyed them all.
Great characters and good storylines.
Where's number ten when you need it?!
Read more
One person found this helpful
Report abuse
See all reviews
Get FREE delivery with Amazon Prime
Prime members enjoy FREE Delivery and exclusive access to movies, TV shows, music, Kindle e-books, Twitch Prime, and more.
> Get Started
Back to top
Get to Know Us
Make Money with Us
Let Us Help You
And don't forget:
© 1996-2020, Amazon.com, Inc. or its affiliates