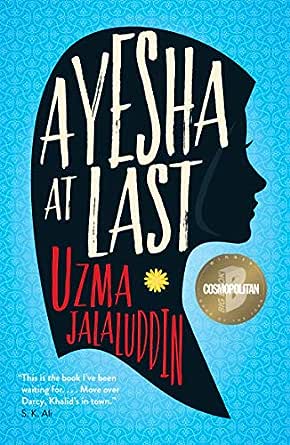 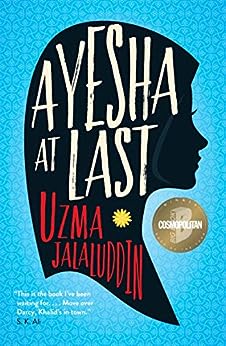 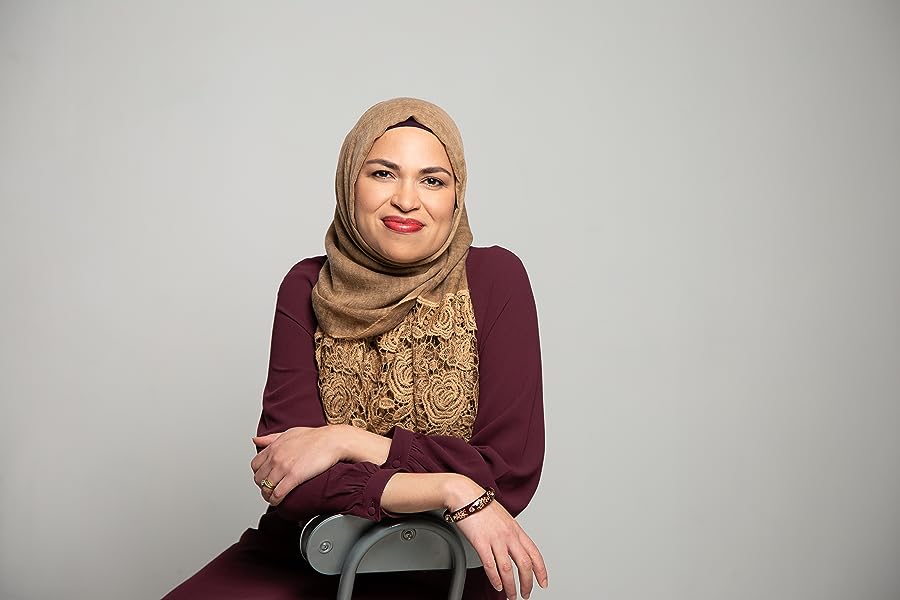 Interesting family dynamics, diverse characters, and a sweet romance make this a quick yet satisfying read for a winter weekend indoors. * Lake Minnetonka Magazine * Delightful. Innovative, relevant and so very relatable. * Asian Life Magazine * A lively and raucous story that mixes a zany cast of characters with a tightly wound plot... Delicious, adorable and entertaining. * Kirkus, starred review * An excellent modern retelling of Pride and Prejudice. With humor and abundant cultural references, Jalaluddin cleverly illustrates the social pressures facing young Indian-Muslim adults. A highly entertaining tale of family, community, and romance. * Publishers Weekly, starred review * Enchanting, achingly funny and uplifting, Ayesha at Last is a must read! * Randa Abdel-Fattah, author of Does My Head Look Big in This? * Ayesha At Last is a cross-cultural pleasure, a romp, a modern, Muslim salute to Pride and Prejudice. The lovely, witty writing is testimony to an excellent eye and ear at work. * Elinor Lipman, author of On Turpentine Lane * Uzma Jalaluddin blazes a brilliant new trail with Ayesha At Last, a captivating romance set in the Muslim community, brimming with humour and heart. You will fall in love with Ayesha and Khalid - an Elizabeth and Darcy for our times. * Ausma Zehanat Khan, author of A Dangerous Crossing * This is the book I've been waiting for since my long-running Jane Austen obsession. Move over Darcy, Khalid's in town. * S. K. Ali, author of Saints and Misfits * An enthralling adaptation of the classic Pride and Prejudice... This version of the well-loved novel is innovative, relevant and so very relatable... complete with cross-culture nuances, wit, humour and classic romance. A must read for Jane Austen fans. * Asian Image * Charming, heartwarming * Dazed * A sparkling love story... The criss-crossing sub-plots - both gritty and comic - keep the pages turning, and make this a treat for fans of romance with extra bite. * Love Reading * It's unpredictable, even if you've read Pride and Prejudice... love -- Jasmine Guillory, author of 'The Proposal' * O, The Oprah Magazine * Compassionate, warm, and wholly satisfying * The Skinny * A clever homage to Jane Austen's Pride and Prejudice that you'll love, even if you never got round to reading the original. * Cosmopolitan * --This text refers to an alternate kindle_edition edition.

<b>A big-hearted and brilliantly written modern-day, Muslim <i>Pride and Prejudice</i>, with hijab and beards instead of top hats and corsets.</b> --This text refers to an alternate kindle_edition edition.

Uzma Jalaluddin grew up in a close knit, diverse neighbourhood in Toronto, Canada, and regularly attended events at her local mosque, even when her parents didn't make her. Today she teaches in a public high school, and writes 'Samosas and Maple Syrup', a parenting and culture column for The Toronto Star, Canada's largest daily newspaper. Ayesha at Last is her first novel. @UzmaWrites --This text refers to an alternate kindle_edition edition.
Read more

4.5 out of 5 stars
4.5 out of 5
351 global ratings
How are ratings calculated?
To calculate the overall star rating and percentage breakdown by star, we don’t use a simple average. Instead, our system considers things like how recent a review is and if the reviewer bought the item on Amazon. It also analyses reviews to verify trustworthiness.

a
5.0 out of 5 stars Loved it!
Reviewed in Australia on 23 April 2019
Verified Purchase
Loosely inspired by P+P, this story has lots of other literature influences too (Shakespeare) which keeps things fresh and interesting. I really liked how the author kept some elements of P+P but really made the story her own - exact translits to new situations can be boring but this one did really well. The novel's not afraid to address contemporary topics while at the same time being a great read. Recommended!
Read more
Helpful
Comment Report abuse
See all reviews

Rani
3.0 out of 5 stars 3 COMFY STARS - Spoilers Alert
Reviewed in the United Kingdom on 10 April 2019
Verified Purchase
This was a nice read, and in the first few chapters I found myself grinning as somethings reminded me of stories I’ve heard from friends, and in all honesty, what some of my older relatives have said to me about working versus getting married. I liked the fact that there wasn’t a judgemental tone in the depictions of what can, sometimes, occur within South Asian families, rather it was depicted with wry amusement and showed that whilst others (family/community etc), can have expectations, choice usually exists.

The two main characters are - performance poet and teacher Ayesha Shamsi and e-commerce manager Khalid Mirza. Ayesha is positioned as a progressive Muslim and Khalid as somewhat more conservative, which is meant to be reflected by his mode of dress – this was for me, a tad problematic, particularly as at the end he sheds his clothing for suit/Western male clothes – the symbolism was a little sticky.

I loved Ayesha’s outspokenness when it came to the views some of the ‘aunties’ shared with her – seriously had me grinning, but I do wish when it came to Khalid, she had been a little less judgmental.

I also feel there are too many strands to the story at present, less may have allowed for more depth and richness when it came to character development and interactions. The villains of the story were somewhat overdone. I think there would have been a subtle sneakiness to at least one of them if they existed outside of the pages of the book. Ok you could say most people didn’t realise the true nature of Tarek until near the end but even then, he came of looking like the good guy to the community – until they found/find out about his dissemination of pornography/raunchy imagery.

Also, as far as my knowledge goes , I thought the thawb dominated/originated in the Middle East and that this form of dress for Muslim men within and from South Asia was not and is not prolific – I’m just thinking of my friends and family, and the videos family have sent from South Asia, and I rarely see men wearing it (although it’s become a little more common for Friday prayers at the mosque). Yet the author positions Khalid (whose family originated from India) as wearing it in an attempt to stick to his family’s roots.

I also think that as a character more could have been done with Khalid’s mother – there was potential for a riveting character there but it didn't manifest.

I did want the writing to be lyrical and more fluid. Plus, I did feel that the end was a tad quick, and the book did for me ran out of steam to a degree in the second half.

Overall, I didn’t find myself emotionally invested in the story and the characters, although I did like the book, it’s an easy read. I’ve heard that this was meant to be a retelling/twist on the classic Pride and Prejudice tale, didn’t really feel that.

Marmottan
4.0 out of 5 stars Lovely modern retelling of Pride and Prejudice and a great debut
Reviewed in the United Kingdom on 25 May 2019
Verified Purchase
Really enjoyed this modern retelling of Pride and Prejudice set in the Muslim community in Toronto. It’s not a straight plot dupe - the author has moved the characters round a bit, but you’ve got the couple who are clearly ideal for each other but totally fail to grasp each other’s character to start with, the slick duplicitous charmer, the scheming older woman and the key milestones of the original. Really nicely done and a cheering read.
Read more
Report abuse

Amazonite
3.0 out of 5 stars A good read
Reviewed in the United Kingdom on 27 June 2020
Verified Purchase
This book wasn't to my usual taste but I thought I'd give it a go. It was good but I didn't enjoy the jokes on Khalid being a fanatic by Amir.
I thought it went too far on either being non Islamic or too Islamic with the men. There was no middle ground so, in that way, it reinforced stereotypes about Muslim males.
Read more
Report abuse

23310
4.0 out of 5 stars Recommend!
Reviewed in the United Kingdom on 27 November 2020
Verified Purchase
I really enjoyed this version of pride and prejudice.
It took a while to get into at first, the islamic explanations were a bit awkward. Eventually you do get into it and the story is exciting.
It would have been nice for there to have been young male Muslim characters that weren't on either extreme, but had a good balance
Read more
Report abuse

Kindle Customer
5.0 out of 5 stars Great Read
Reviewed in the United Kingdom on 8 August 2020
Verified Purchase
This was an excellent read, and I will certainly be looking for more books by this author. I would would love her take on sense and sensibility.
Stuck in lockdown it brightened up my day.
Read more
Report abuse
See all reviews
Get FREE delivery with Amazon Prime
Prime members enjoy FREE Delivery and exclusive access to movies, TV shows, music, Kindle e-books, Twitch Prime, and more.
> Get Started
Back to top
Get to Know Us
Make Money with Us
Let Us Help You
And don't forget:
© 1996-2020, Amazon.com, Inc. or its affiliates