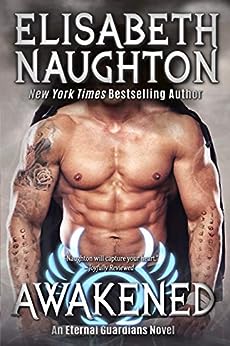 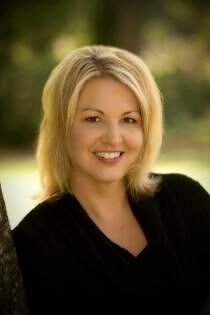 Elisabeth Naughton is the New York Times and USA Today bestselling author of over thirty books, including the Deadly Secrets series, the Aegis series, and the Stolen trilogy. She earned a RITA Award for best romantic suspense in 2017. Her work has also been nominated for the Golden Leaf Award and the Golden Heart Award.

AudioFile Earphones Award winner Elizabeth Wiley is a seasoned actor, dialect coach, theater professor, and dedicated narrator. She brings over twenty-five years of award-winning acting and voice experience to the studio to create memorable, compelling storytelling. --This text refers to the audioCD edition.

4.8 out of 5 stars
4.8 out of 5
163 global ratings
How are ratings calculated?
To calculate the overall star rating and percentage breakdown by star, we don’t use a simple average. Instead, our system considers things like how recent a review is and if the reviewer bought the item on Amazon. It also analyses reviews to verify trustworthiness.

Evampire
TOP 500 REVIEWER
5.0 out of 5 stars Awakened
Reviewed in Australia on 13 April 2016
For twenty-five years, Damon’s served as a plaything for the gods but hope comes in the form of the Sirens’ newest recruit, Elvsia and he’s willing to risk the wrath of the Gods to break her out of Olympus so he can keep her for himself in this spellbinding paranormal romance.

Elvsia may have been recruited as a Siren but she has a few differences that will help her survive including an instant connection to Damon and the reader can’t help but get caught up in all the intrigue and excitement as Damon and Elvsia discover that there are evil forces beneath the surface and that the connection they feel for each other isn’t a random coincidence. The chemistry is sizzling and the romance is downright sweet but the relationship has plenty of ups and downs full of emotional turmoil that makes it easy for the readers to relate to these strong, captivating characters in this fast paced, smooth flowing plot full of suspense, excitement and romance.

Zeus causes quite a bit of mischief with this latest plot in his quest for total domination of all the realms which has lots of expectation building throughout the story alongside spine tingling tension as everyone plots to get Elvsia back, meanwhile, Elvsia and Damon have lots of adrenaline pumping excitement going on as they fight to manage their growing desires while they struggle to stay alive which isn’t easy when you are on the wrong side of the gods and their plans. The scenes are well written with vivid details that make it easy for the reader to picture each and every scene and for the reader to become caught up in all the intriguing events as they happen.

Another fascinating Eternal Guardians story, one that is full of unexpected twists that had me holding my breath in anticipation of what would happen next, which is kind of the way I’ll be feeling until the next book comes out and I can find out what Zeus will do next.

Aussie Reader
TOP 1000 REVIEWER
4.0 out of 5 stars Awakened by Elisabeth Naughton is an intriguing mix of contemporary humans and the Argonauts - impossibly gorgeous half-humans.
Reviewed in Australia on 20 April 2016
Awakened by Elisabeth Naughton is the 8th book in her Eternal Guardians series and it is an intriguing mix of contemporary humans and the Argonauts - impossibly gorgeous half-humans. Add in Greek mythology with passion, politics and love, both innocent and lustful plus a great deal of author/poetic licence! You don't need any real knowledge of Greek mythology, but if you have more than basic knowledge, you will see straight through the gaping holes in the story, but it is, after all, a myth so maybe this is how life was indeed lived under the Gods of Old; it is claimed that they were an egotistical lot who manipulated humans and others alike, just because they could. But to the story of Awakened...
Elysia (Demetrius and Isadora's daughter) has been told that she's to be bound (married) to a man of her parents choosing, for political advantage. She grew up believing that she would never be bound to someone she didn't love so she is upset, to say the least! (Considering that her mother is the Queen and she is the heir to the throne, the choice of husband seemed strange to me because he was only the son of the chief Councilor). Elysia is an independent young women and she decides to cross over into the human world to escape this fate, but she is thwarted by Zeus, who has selected her for his Sirens. Meanwhile Damon has been a plaything for the gods, especially Aphrodite and Zeus to a lesser degree for the last 25 years. He has no memory of life before his enslavement but is attracted to Elysia when they meet at the start of her training.

Elisabeth Naughton adds suspense with multiple twists and turns to create a story that is full of life; Elysia and Damon make a perfect couple, especially with Damon so puzzled as to why he is drawn to Elysia - he really doesn't know love, it's beyond his experience; what he does know is that he has to care and protect her. The older generation are somewhat sceptical of Damon's story, except for his father Ari and who could blame them when Zeus plays so many tricks on them all. I found the juxtaposition of mythology and contemporary life quite jarring, whereas in previous books in the story it did not bother me. I felt that Damon dressed in T-shirts and jeans and Elysia wearing short sun dresses and everyone speaking in the current vernacular was almost unreasonable but at the same time I was not looking to read a Greek drama. I enjoyed the story and will continue to read some of the earlier books that I have missed and I look forward to more Eternal Guardians by ELisabeth Naughton.

I received an ARC in exchange for an honest review.
Reviewed for Once Upon an Alpha.
Read more
Helpful
Report abuse
See all reviews

PAUL
5.0 out of 5 stars Awakened (Eternal Guardians Series)
Reviewed in the United Kingdom on 12 September 2016
Verified Purchase
I love this series didn't know there were 2 novella in this series 7.5 & 8.5 so got them to read as well hope this can go on further...
Read more
Report abuse

kstander
5.0 out of 5 stars Love it
Reviewed in the United Kingdom on 23 June 2016
Verified Purchase
Loved this series, waiting anxiously for the next installment
Read more
Report abuse