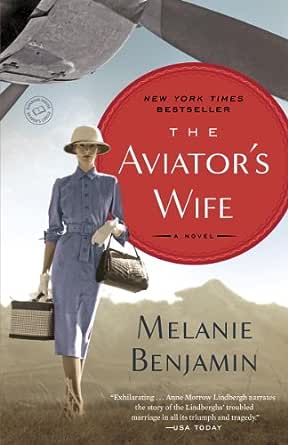 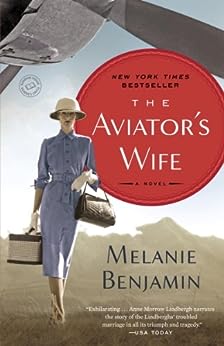 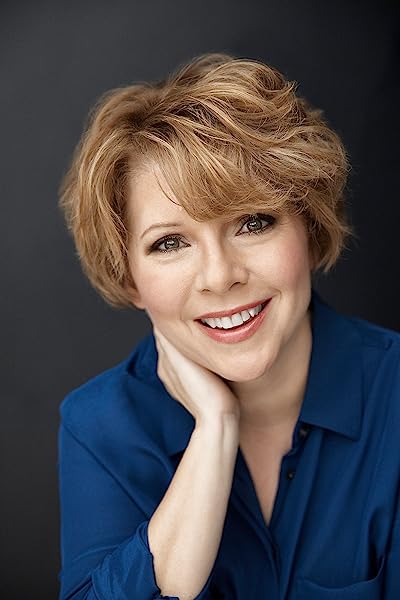 "The history is exhilarating. . . . The Aviator's Wife soars. . . . Anne Morrow Lindbergh narrates the story of the Lindberghs' troubled marriage in all its triumph and tragedy."--USA Today "Remarkable . . . The Aviator's Wife succeeds [in] putting the reader inside Anne Lindbergh's life with her famous husband."--The Denver Post "[This novel] will fascinate history buffs and surprise those who know of her only as 'the aviator's wife.' "--People

"Fictional biography at its finest."--Booklist (starred review) "Utterly unforgettable."--Publishers Weekly (starred review) "An intimate examination of the life and emotional mettle of Anne Morrow."--The Washington Post "A story of both triumph and pain that will take your breath away."--Kate Alcott, author of The Dressmaker

"Melanie Benjamin inhabits Anne Morrow Lindbergh completely, freeing her from the shadows of her husband's stratospheric fame."--Isabel Wolff, author of A Vintage Affair --This text refers to the hardcover edition.

"In the spirit of Loving Frank and The Paris Wife, acclaimed novelist Melanie Benjamin pulls back the curtain on the marriage of one of America's most extraordinary couples- Charles Lindbergh and Anne Morrow Lindbergh." --This text refers to the hardcover edition.

"Melanie Benjamin is a pseudonym for Melanie Hauser, who has written two contemporary novels. She is the author of the nationally bestselling Alice I Have Been and The Autobiography of Mrs. Tom Thumb. Benjamin lives in Chicago, where she is at work on her next historical novel." --This text refers to the hardcover edition.
Read more

4.5 out of 5 stars
4.5 out of 5
2,589 global ratings
How are ratings calculated?
To calculate the overall star rating and percentage breakdown by star, we don’t use a simple average. Instead, our system considers things like how recent a review is and if the reviewer bought the item on Amazon. It also analyses reviews to verify trustworthiness.

Missamity
TOP 1000 REVIEWER
3.0 out of 5 stars Complex but not sympathetic characters well portrayed
Reviewed in Australia on 29 June 2019
Verified Purchase
Let me say at the start that I would have liked to have given this book 3 1/2 stars, and that I may be unfair in not giving it four. The writing was very good, as was the research, but while I admired Anne, Charles Lindburgh’s Wife, and her ability to learn to fly and navigate, I found it very hard to like her. As a young girl she was very ready to swoon over Charles, but just as ready, a little later, to adopt a very rational and unemotional approach to him. Admittedly, Charles himself was a very complex and prickly character, but I couldn’t help feeling he might have thawed if she had been more her own woman and shown her affection with a degree of confidence. I thought his confession at the very end, that he had always wanted to be her hero, was deeply poignant. Yes, he turned to other women in Germany, having three other families, which was a betrayal - but Anne herself had a longstanding affair while he was doing this, so she was certainly not blameless. Altogether, an interesting account, and I am glad to have read it, but probably won’t revisit it.
Read more
Helpful
Report abuse

Angart
5.0 out of 5 stars The Not so Lucky Lindys!
Reviewed in Australia on 18 November 2019
Verified Purchase
This novel is a fictional biography of Anne Morrow, the wife of the famous aviator, Charles Lindbergh and together they became the world’s first power couple to be relentlessly hounded by the paparazzi. Told in the first person, the story follows Anne’s development from a privileged young Ambassador’s daughter, to a celebrity wife, to a mother of six children, through triumph and tragedy. However it is the intimate portrait of her marriage to a very difficult man, that I found most fascinating. I think the author did a wonderful job of conveying Anne’s inner emotional turmoil. This is an extremely well written and researched book. I highly recommend it.
Read more
Helpful
Report abuse

Jeffrey Swystun
TOP 500 REVIEWER
4.0 out of 5 stars A Famous Lesson in Marriage
Reviewed in Australia on 17 June 2014
My wife suggested I read this book. She had for one of her book clubs (she is in two...one is quite literary and the other quite liquorly). I had downloaded the Kindle version for her to an iPad I had passed down. I read it on my own device but was able to see what she had highlighted in the book. Each yellow highlight seemed like a direct message to me or perhaps I was overly sensitive because you see, The Aviator's Wife, covers the Lingbergh's very public lives but it's purpose is to imagine the private relationship of the marriage. This makes it intriguing and so well done that I felt like a fly on their bedroom wall.

It also illuminated this interesting person who was Anne. She was a groundbreaker in aviation (what a terrible set of words), tremendous writer, and stalwart human. We are all aware of the famous flights, the infamous kidnapping, America First, and his numerous infidelities and seven other children by three other women but in this book we see just how Anne contends and supports this eccentric, narcissistic, yet still, enigmatic man. Benjamin's style is fluid. It reflects both an identification and frustration with Anne. Here are some bon mots...

“Marriage breeds its own special brand of loneliness, and it’s far more cruel. You miss more, because you’ve known more.”

“To live for oneself is a terrifying prospect; there is comfort in martyrdom..."

"Jealousy is a terrible thing. It keeps you up at night, it demands tremendous energy in order to remain alive, and so you have to want to feed it, nurture it—and by so wanting, you have to acknowledge that you are a bitter, petty person. It changes you. It changes the way you view the world; minor irritations become major catastrophes; celebrations become trials.”

"Here, I understood, was someone who would not allow me to take comfort in inertia. Already, I was different with him. Better. More.”

"A woman's life, always changing, accommodating, then shedding, old duties for new; one person's expectations for another until finally, victoriously, emerging stronger. Complete.”

Far from chicklit, this was an engrossing tale that I label under a sub genre called, "historical marriagelit". This is a poor descriptor because most men would run from it when they should pick it up for the entertainment and lessons it provides.

Jane Evans
3.0 out of 5 stars Fact or fiction?
Reviewed in the United Kingdom on 13 September 2014
Verified Purchase
I enjoyed this book, a well-written account of the life of Charles Lindbergh, seen through the eyes of his wife, Anne. The only drawback was that, being a fictionalised account, I couldn't tell what was fact and what was invented.
Read more
2 people found this helpful
Report abuse

Jo Kush
4.0 out of 5 stars Wellwritten & compelling.
Reviewed in the United Kingdom on 29 September 2015
Verified Purchase
This is a well written book that draws you in and compels you to continue reading. It is believable and accurate. A touching account of an experience no parent could ever imagine.
Read more
Report abuse

Amazon Customer
5.0 out of 5 stars Fascinating historical novel
Reviewed in the United Kingdom on 27 September 2015
Verified Purchase
I very much enjoyed this book. It was well written and a page-turner.
Read more
Report abuse

Robita
5.0 out of 5 stars Great read
Reviewed in the United Kingdom on 2 April 2013
Verified Purchase
Well researched and written book. Great to read about a famous person's life through the eyes of his wife. Never knew what a fantastic female role model Anne Lindenburgh is in her own right.
Read more
Report abuse

Helen Duncombe
5.0 out of 5 stars Recommended reading.
Reviewed in the United Kingdom on 20 June 2016
Verified Purchase
A compelling read cleverly combining truth and fiction. There are references to northern Mexico and Chichen Itza which I read twenty four hours after visiting that Mayan temple - spooky!
Read more
Report abuse
See all reviews
Get FREE delivery with Amazon Prime
Prime members enjoy FREE Delivery and exclusive access to movies, TV shows, music, Kindle e-books, Twitch Prime, and more.
> Get Started
Back to top
Get to Know Us
Make Money with Us
Let Us Help You
And don't forget:
© 1996-2020, Amazon.com, Inc. or its affiliates