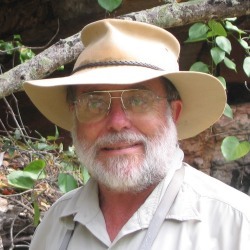 by Peter Macinnis (Author)
5.0 out of 5 stars 1 rating
See all formats and editions
Sorry, there was a problem loading this page. Try again.

In 2010, the first edition of Australian Backyard Explorer was acclaimed by the Children’s Book Council of Australia as the best information book of the year. Sadly, the publisher, the National Library of Australia (that’s like an Australian Library of Congress), allowed it to go out of print. That was a shame, because nobody else has ever looked at the methods and technology that Australia's ‘explorers’ needed.

Before you can tackle a task like that, you need to have experience as a rough and ready bush surveyor, to have led a few wilderness walks, to have worked with camels in the arid centre, and survived in jungle situations. The author, Peter Macinnis, has done all of that and more.

He has also been a teacher, a bureaucrat and a fraud investigator who can get the truth out of violent criminals (by guile!). These days, he is a Sydney writer, bushwalker, naturalist and chatterer about sci-tech, small animals, rocks and such, and he had other fish to fry. In more recent times of lockdown, he has cleared his back-burner of a number of stalled projects, before turning to the deserted orphans. He has claimed back the rights to a number of his out-of-print books from their former publishers, and is now revising, redesigning and enlarging them.

This is one of those works, and it attacks one of the most hackneyed and boring bits of school history, “the explorers” and livened it up. This is no Dead While Male hagiography, there are no lists of dates to be memorised, but we do have a pregnant woman riding side-saddle across the Top End of Australia and serving up fly curry; we do have teenagers out in the wilderness, including a governor’s daughter seeking fossils in 1839; and Mrs Lores Bonney, pioneer Australian aviator who, while supposedly deaf and almost blind, gave the author a two-hour interview.

That said, you will meet one dead white male, John Horrocks, who was shot by his camel, and others who really ought to have been dead, given what they ate, including dingo pups; crocodiles; partly-developed lowans’ eggs; crows; horses; camel’s foot (a delicacy); bats; goannas; eagles and even a greenhide (rawhide) case. One man found a fish choking in the shallows on a smaller fish, and ate them both. When they collected a scientific specimen and realised it wasn’t new, that went in the pot as well

And that was nothing to what they drank. Charles Bonney, an overlander, killed a calf so they could drink its blood. They drank mud; from pools of slime holding dead animals, water that the horses and camels would not drink. One strained water from mud that cattle and horses had been rolling in
This book tells the young reader what it was really like to go exploring, and reveals the biggest secret of all: those explorers didn’t explore, because there were tracks to follow, tracks made by animals and the feet of the original Australians, some of whom they took along with them. It explains why explorers climbed mountains and trees, and the instruments they used.

But there’s more. Having been a science teacher who always had some project on the go in his lab (like a vacuum cleaner-powered hovercraft; a still for eucalyptus oil; a dead sparrow being boiled for its bones; a pill bug culture; a gas discharge tube or a water-powered mineral sand extractor, all of which he would only discuss out of class time), he has added 30 related projects to engage the readers’ minds.

So here, in one volume, you have engaging and very practical science and also real history with just enough of the yukk factor to turn parents’ hair white (did they but know). This is far from what Macinnis was taught in school, because this book goes where only the brave will venture.

The second edition has lots of new material, because the past eleven years have seen the author digging a lot deeper into certain aspects of Australian history. Now it is time to share these joys.

Peter Macinnis turned to writing after his promising career as a chiaroscuro player was tragically cut short by a caravaggio crash during the Trompe L'Oeil endurance race. He recently did remarkably well in the early rounds of the celebrity underwater cooking program, Moister Chef, but he was disqualified for using dried fruits and desiccated coconut. He has a pet slug which has lived in a jar on his desk for the last six months, as part of another book, and he is an expert echidna handler and ant lion wrangler. He wrote both the score and the libretto for the acclaimed opera Manon Troppo (‘Manon Goes Mad’).

OK, most of that is total fiction, but the wildlife bits are true: I DO handle echidnas when necessary, and I am expert in managing ant lions (the slug has since been released into the wild). I live in Australia, but I travel a lot, mainly gathering ideas for new books, and in the last couple of years, I have been on glaciers and inside a volcano (I collect volcanoes, you see). I also spend a lot of time in libraries, and sometimes in the field, because my two main areas are history and science.

I have learned the hard way to choose my locations: one book that came out a few years back needed some stuff on tardigrades (&quot;water bears&quot;) and one easy way to catch them is to use a small hand-held vacuum cleaner to grab them from trees — these are very tiny, about 0.4mm long if they are big, so effectively invisible.

I live on a main road, and one day, without thinking too hard, I wandered out and started vacuuming a tree. It worked, but I'm afraid I got some odd looks, some of them from drivers who should have been watching the road better.

I write for both adults and children, though I seem to get more awards for the stuff I write for children.

The history of Australia up to 1950, science, rocks, wee beasties, odd inventions and quack cures, plus any temporary obsessions that take a grip on me.

I also work as a volunteer gardener, for want of a better term, in a local sanctuary, where we do bush regeneration, weeding, erosion control and other stuff like that.

In my spare time, I am the 'visiting scientist' under a CSIRO scheme at Manly Vale Public School: I have four grandchildren, but two are too far away, and the other two are too young to run around, just yet, so the Manly Vale kids are my stand-in grandchildren.

* this year, I produced a fourth edition of 'The Big Book of Australian History' which was released in 2019;

* my 'Australian Backyard Earth Scientist' is now out, has won one award and is long-listed for a &quot;major&quot;;

* I recently completed a book on survival: it is a guide for staying alive in Australia, due to come out 1 April 2020, through the National Library of Australia;

* I am clearing my backburner items into Kindle e-books: quite a few are up and more will follow: they all have titles starting 'Not Your Usual...';

* I have just published a rather amusing comedy/mystery/fantasy novel as both an e-book and an Amazon paperback;

* I am currently pitching two works, one on microscopy and one on STEAM (that's STEM with Arts added);

* I have recently written an article on poisons in Tudor society, and that will probably be expanded to a 'nutshell book'.

I am active on social media, either under my own name, or using the handle McManly.

I have a blog, but there is no RSS feed. I have worked with computers since 1963, but I'm a bit too busy writing to stay up to speed. Find it at http://oldblockwriter.blogspot.com/