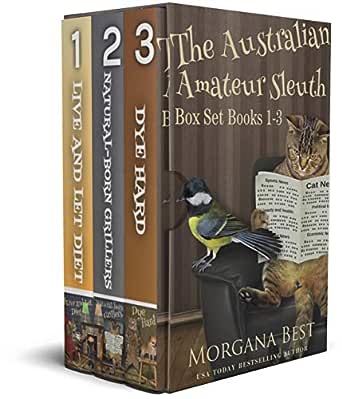 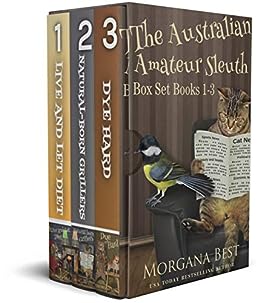 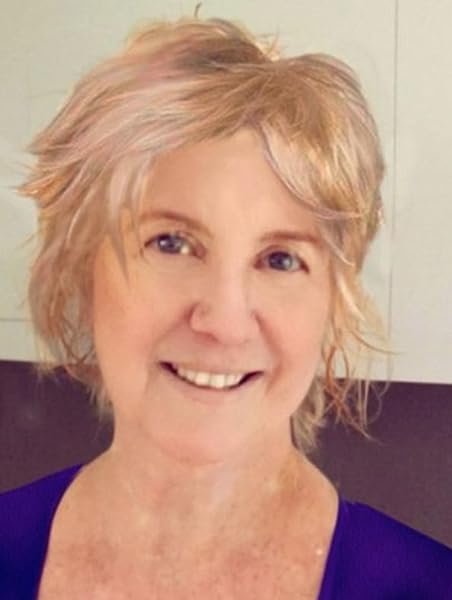 Anne
5.0 out of 5 stars Brilliant, and very Australian!
Reviewed in Australia on 8 March 2020
Verified Purchase
Absolutely loved this whole box set...but the second one was the funniest...still chuckling about "Captain Moonlight" and "gay" in the same paragraph! I'm not saying anymore, not wanting to spoil it for anyone, but rest assured, you'll love this series. Morgana just gets better and better.
Read more
One person found this helpful
Helpful
Comment Report abuse

snowdrop36
4.0 out of 5 stars A good read
Reviewed in the United Kingdom on 2 March 2020
Verified Purchase
Sybil moves to a small town after her husband had an affair, and was in the process of divorcing him. Her new rented cottage belongs to Cressida, the owner of a guesthouse, both of which are ramshackle. On the day that she arrived, she went to get the keys to the cottage, she is faced by a dead body. The characters were likeable and quirky, especially Mr Buttons and Cressida. Sybil finds life takes on some challenges, but loves being there.
Read more
Helpful
Sending feedback...
Thank you for your feedback.
Sorry, we failed to record your vote. Please try again
Report abuse

Jennifer M. Golden
1.0 out of 5 stars Don’t bother
Reviewed in the United States on 13 May 2020
Verified Purchase
I hate to give these books a bad review. I love Australia and even the characters are very likeable, but as a mystery series, it leaves much to be desired. I can only guess that these books were rushed or had a bad editor or something. Over and over characters are “introduced” or more truthfully, referred to as if the reader knows them, and then no further information is given. Over and over I looked back a few pages to see if I missed something (which is difficult to do on a Kindle) and I never had. In book three, there is a scene where one of the suspects is overheard admitting they know a character who could be involved in the murder from before, and then the main character acts like this never happened.
One time, a chapter ends with someone who had just survived a murder attempt “feeling bad” and they offer to take her to the hospital and then nothing! The “sleuth” wakes up the next morning as if nothing happened. We only find out that, yes, she was taken to the hospital (apparently), because the “sleuth” has to go pick her up later. Is it because there was another attempt made on her life? We never hear. But we hear PLENTY about the frogs around the house that are so important that their name is capitalized. They aren’t a clue. They have nothing to do with the plot but they are described IN DETAIL.
We are also reminded several times why Sybil has someone’s dog with her for a week - as if we had forgotten the explanation given on the page before.
I kept thinking that these would get better and I didn’t want to waste my money so I read all the way through but it was as if the author had been to a writing course and was trying to put all the cliche writing advice into these books but she didn’t quite understand how to do it so instead of making a book you can fall into and believe, it came off clunky and difficult to swallow. I saw evidence that she tried to “write what you know” - she’s obviously familiar with small towns and Australia. She tried to “add details to make the scene come alive” but the details she adds take away from the story and make me wonder why they are mentioned while details that would have been helpful are left out. She went overboard with the “give your characters quirks” part. And I can tell she’s tried to add humor to the book but most of the jokes and gags are so apparent (like misunderstanding that “gay” can have more than one meaning), go on for sooo much longer than necessary. I did laugh out loud once but I don’t think that part was supposed to be funny.
I’m mostly disappointed because I think with a good editor and some rewrites, this could be a really good series.

Jon J. Sanserino
3.0 out of 5 stars Lightweight fun with crazy characters
Reviewed in the United States on 15 May 2020
Verified Purchase
Yes - it is very lightweight and nearly a romance novel, but still a good time-passer. Pretty inventive characters living in a little town in Eastern Australia. I would certainly not call her a sleuth by any means - but when things happen, she is there and helps (?) to solve the issue.

Yes - she has a Cockatoo that her ex taught a lot of bad words, and it seemed that is all he ever said - the bad ones. SO - why didn't she just start teaching him new ones? Seems like that would have been an easy solution.

Also - the dog needs to be a much bigger part of the stories.
Read more
Helpful
Sending feedback...
Thank you for your feedback.
Sorry, we failed to record your vote. Please try again
Report abuse

Urban Gardener
3.0 out of 5 stars The best thing is the trash-talking cockatoo
Reviewed in the United States on 29 April 2020
Verified Purchase
If it hadn't been for the bird, who was laugh-out-loud hilarious, I'd only have given this seies two stars. Silly plots and two-dimensional characters do not great reading make.
Read more
2 people found this helpful
Helpful
Sending feedback...
Thank you for your feedback.
Sorry, we failed to record your vote. Please try again
Report abuse

An Avid Reader
2.0 out of 5 stars Disappointing
Reviewed in the United States on 12 May 2020
Verified Purchase
It's not often that I'm unable to get interested in a mystery, but this series is an exception. The implausible characters, setting, and plot hadn't interested me in the least, and nothing compelling about the writing.
Read more
One person found this helpful
Helpful
Sending feedback...
Thank you for your feedback.
Sorry, we failed to record your vote. Please try again
Report abuse
Load more international reviews

wagriz
3.0 out of 5 stars Shallow
Reviewed in the United States on 27 April 2020
Verified Purchase
These books are okay, but the characters are shallow. There is no sex or violence. I don't think I will read more in the series.
Read more
One person found this helpful
Helpful
Sending feedback...
Thank you for your feedback.
Sorry, we failed to record your vote. Please try again
Report abuse