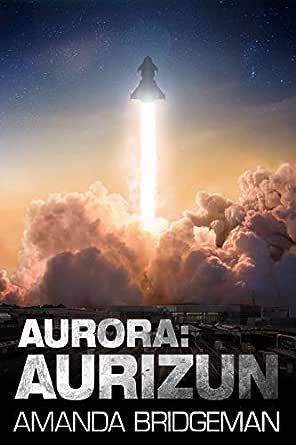 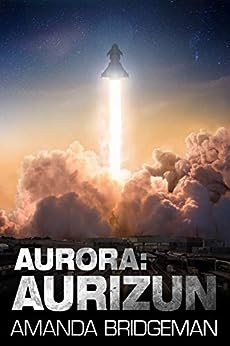 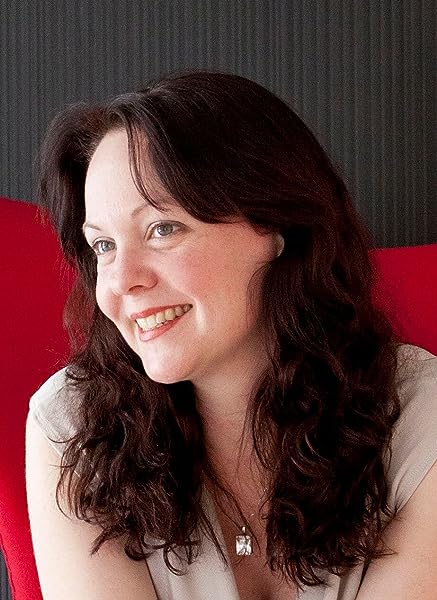 Amanda is an Aurealis Award finalist and author of several science fiction novels, including the best-selling space opera/military sci-fi 'Aurora' series, alien contact drama 'The Time of the Stripes' and sci-fi crime thriller 'The Subjugate'. Born in the seaside/country town of Geraldton, Western Australia, she moved to Perth (Western Australia) to study film & television/creative writing at Murdoch University, earning her a BA in Communication Studies. Perth has been her home ever since, aside from a nineteen-month stint in London (England) where she dabbled in Film & TV 'Extra' work. --This text refers to the paperback edition.

Carol Gray
5.0 out of 5 stars A Rippa of a story
Reviewed in Australia on 16 January 2019
Verified Purchase
The story begins right where the previous book, Decima , ends. This book, 7th in the series, is about survival, regrouping and trying to find the best way forward.
From the very first book in the series, Aurora Darwin, I have heard and liked the authors voice coming through the story. With each new book her storytelling skills improve and so does my enjoyment.
Harris has to come to terms with unspeakable grief during Aurizon. Carries learns about inner strength, as this time she is physically whole while the team have a variety of wounds after the Zeta attack. McKinley , who is the most physically injured has to learn to rebuild himself and to accept help from all sources. I love the way the kids get involved with his rehab'.And Archie.. I just love Archie...
All up once I started reading I didn't/couldn't stop. So expect a late night or two.
Read more
Helpful
Report abuse

Melissa ThomasHall
5.0 out of 5 stars Love this series...just hate waiting for the next one!
Reviewed in Australia on 29 May 2019
Verified Purchase
What I expect from Amanda Bridgeman great writing, great twists and an interesting look at what our futures could hold. Love the excitement and can't wait for more. Highly recommend, but make sure you start at the beginning it is a great journey.
Read more
Helpful
Report abuse

Shell
5.0 out of 5 stars Action packed and awesome read
Reviewed in Australia on 15 January 2019
This is the seventh book in the Aurora series and I think it may have been my favourite one so far. Though it has been a while since I read book six, I was quickly catapulted back into the story, catching up with my favourite characters. They are in a bad place, after surviving the Zeta attack, and things are only going to get worse for them when secrets are revealed that has the UNF questioning their loyalty. With the crew of the Aurora separated and in varying degrees of trouble, they will have to fight harder than they ever have before to get free and prepare the world for when the Zetas return.
I loved that Carrie, Harris and McKinley were forced to undergo trials where their Alpha strengths and extra senses were no help to them. They had to find the strength within themselves to do what was right, even if that put them in further danger. Injuries, unwanted transformations and devastating losses take their toll both mentally and physically, and with people inside the UNF out to get them they are put through the wringer. As they each faced their own personal adversity, it was hard for me to remember that they weren’t real people. I have been reading this series from the start, eagerly waiting for the next instalment, devouring it in great gulps of reading time. The secondary characters are just as complex as Carrie, Harris and McKinley, leading to confrontations and revelations that could change the face of the UNF forever.
While this book does not contain any epic space battles, it was still fast paced and filled with nail biting scenes that had me leaning forward as I read. The characters were tortured, both figuratively and literally, as they sought to prove that they were on the side of humankind and would do whatever they had to do to ensure the Zetas did not win. It was this emotional element that resonated with me the most, showing the depths of the Aurora team’s commitment to their duty, making them true heroes in my eyes. Seven books in, and the author still manages to surprise me, leaving me gasping at the end and itching to read the next book.
Read more
Helpful
Report abuse
See all reviews

William S. Morris
4.0 out of 5 stars Good
Reviewed in the United States on 26 September 2019
Verified Purchase
It's been a long while since reading the previous book in this series, and remembering situations and people was a little difficult for me. I knew the story was going to change, but it didn't change as drastically as expected. Problem for me is that some people seemed of a different personality than I remember.we have spaceships that don't go very fast in the solar system (a good thing), but they're big enough to house a rather large crew. Yet, the crew can jump into them as if they're comandering a bus, and skylark around the solar system as if no one cares that someone has made off with anything expensive. We're on an interlude before the big war, and what's happening is still mysterious and unknown. Downgraded for all the dumb editing errors. Missing articles wrong, pronouns, fragmentary sentence structure, etc.
Read more
Report abuse

randiejg
5.0 out of 5 stars Thrilling read, and great addition to the Aurora series!!!
Reviewed in the United States on 31 January 2019
Verified Purchase
I had the long-awaited release date of this latest installment of the Aurora series on my calendar, and sat up until 4:00 am reading it on release day. It was absorbing, thrilling, and satisfying, right to the very end.

Amanda is such a talented writer, and even though it's tough to wait for the next installment in the series, it's well worth the wait. Her newsletter arrived this morning saying it will be started at the end of 2019. Much anticipated by this reader, and I guarantee that if you start with book one of this series (Aurora: Darwin), you'll be hooked and back for more until you've read right through to Aurora: Aurizun!
Read more
Report abuse

Charles Ernstsen
5.0 out of 5 stars Great addition to the series
Reviewed in the United States on 27 January 2019
Verified Purchase
I had a hard time putting this book down. The familiar characters and story line made me feel like I was catching up with old friends. This is a great addition to the Aurora series I highly recommend it and look forward to more.
Read more
Report abuse

Carey Cowell
5.0 out of 5 stars Aurizun
Reviewed in the United States on 28 March 2019
Verified Purchase
I'm a picky reader, and I love this series. I can't wait for the next books. I'll stay in the loop.
Read more
Report abuse
See all reviews
Get FREE delivery with Amazon Prime
Prime members enjoy FREE Delivery and exclusive access to movies, TV shows, music, Kindle e-books, Twitch Prime, and more.
> Get Started
Back to top
Get to Know Us
Make Money with Us
Let Us Help You
And don't forget:
© 1996-2020, Amazon.com, Inc. or its affiliates