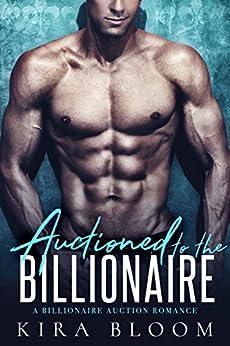 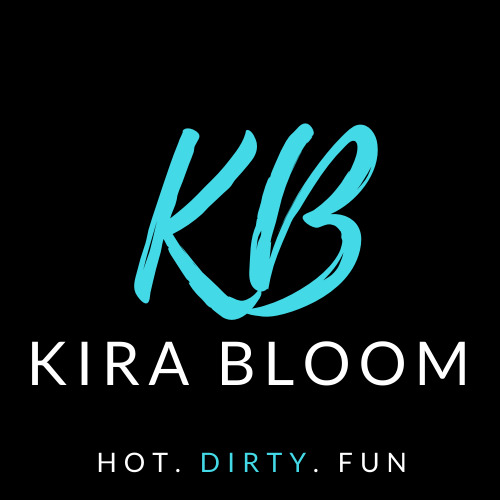 Auctioned to the Billionaire: A Billionaire and a Virgin Romance Kindle Edition

Dee
5.0 out of 5 stars “You really are mine, Flick…”
Reviewed in the United States on 23 August 2017
Verified Purchase
HOLY HOT CAKES… MY KINDLE IS STILL SMOKIN!... and I finished reading a few days ago! WOW, simply WOW, I’m totally speechless and believe me that doesn’t happen very often… “Auctioned to the Billionaire” is extremely fast paced, professionally written and I simply couldn’t put it down (isn’t it irritating how life gets in the way of reading!). The character development is incredibly good for a novella (and most novels!) not only did I care about the characters (in much, much different ways) but I found myself cheering them on (out loud) to that potential happily ever after. It’s not often that I readily identify with a female character but in this case Flick (nickname) York is the perfect combination of a bright, intelligent, independent young woman with such a sweet engaging personality. Flick doesn’t even come close to any TSTL moments. Jackson Cade… OMG, talk about sex on a stick! … I can’t recall the last time I’ve encountered such a wondrously hot, filthy mouth (ahem… in a book of course)! Everything about him makes you want to get down and dirty with him (yeah, it’s so time for me to stop)!
As a romance junkie, I have a mystery to solve… who is (or who are) Kira Bloom… oh, here comes that author stalking compulsion again!...

Although I was provided an ARC of “Auctioned to the Billionaire” I purchased the book because stellar writing and fantastic narratives are so hard to find!

Disclaimer: No Kindles were seriously harmed while reading this novel. Children 18 and over only!

Disclaimer for the Disclaimer… the term “seriously harmed” is not intended to include: overheating, scorch marks, minor melting or inconsequential fire that can be put out with an extinguisher. Fire retardant gloves highly recommended while reading.

RATING DETAILS (based on a 5-star rating system):

Kiki Reader
5.0 out of 5 stars Smoking Hot Romance That Will Have You Hooked From The First Page = 5 Sultry Stars
Reviewed in the United States on 23 August 2017
Verified Purchase
Auctioned by the Billionaire is a smoking hot, fast paced romance that will have the reader hooked from the first page. Kira Bloom's debut story is full of scorching chemistry, interesting characters and a well developed plot. Auctioned by the Billionaire has a dirty talking alpha male and a sassy independent woman. This story is full of romantic and arousing scene.

Jackson Cade is a wealthy billionaire. He has taken over his father's company. Jackson meets Felicity 'Flick', when she comes into his office to discuss her father's debt. Jackson knows that he must have her. He is used to getting what he wants. Jackson is a filthy talking, bossy, walking sex on a stick. When he discovers Felicity's post on the auction site, Jackson outbids everyone to make Felicity 'Flick' his. Will these two find love? Or are they just meant to be together for 30 days? Will there be a happily ever after for Felicity and Jackson?

I love Jackson and Felicity 'Flick' together. Auction by the Billionaire is a story that will stay with you long after the last page done. I look forward to the next book from Kira Bloom.

Overall Story - 5 Sultry Stars
Chemistry - 5 Stars
POV - Alternating POV's
Alpha Male - Yes
Cliffhanger - No
HEA - Yes
Recommend to Others - Hell Yes
I volunteered for the arc of this book. This is my unbiased review. I also purchased a copy of the book to support the author.
Read more
One person found this helpful
Report abuse

Jennifer
5.0 out of 5 stars Surprised
Reviewed in the United States on 24 September 2017
Verified Purchase
This is the first book I've read by Kira Bloom. I can't remember where I saw this book at originally. I generally stay away from "auction" related storylines because most of them are complete rubbish as far as plot lines go. Something in the blurb caught my eye but I wasn't expecting anything more that a smutty read without substance.

However, this one was fantastic.

This was a very nicely written book that had enough angst between the characters that made it fun to read. The sex scenes were hot but didn't completely take over the book. I liked both of the characters and appreciated that the author(s) didn't introduce cheating or abusive behavior into their relationship as a story arc.

Bravo Ms. Bloom....whomever you might be. Please consider writing a trilogy next time with characters like this. My only complaint was that the book ended.
Read more
One person found this helpful
Report abuse

Mandy
5.0 out of 5 stars Sex, sex, and more sex!!!!
Reviewed in the United States on 26 August 2017
Verified Purchase
If you're looking for a sexy steamy read, then look no further!! This was the perfect combination of sexiness with sweet romance thrown in!! I've read auctioned romances before each good in their own way, different in ways, this one definitely stands out as well! Kira Bloom got me hooked on Felicity and Jackson's story and I didn't put it down till I finished!!
I voluntarily received an ARC for an honest review. Also purchased this amazing book to also show my support for the author!
Read more
One person found this helpful
Report abuse

Kristy Dean
5.0 out of 5 stars Great story
Reviewed in the United States on 23 August 2017
Verified Purchase
This was a first time read by this author Kira Bloom. I did receive an advanced copy of this book. I loved this story so much I read it twice and then bought the book. I do picture myself read in again and again. There was a great connection to the characters and how they built their love.
Overview. Felicity works in her family restaurant and goes to college as a business major cities n hopes of owning her family business. But her dad made a bad business decision and now they can't keep up with the loan and going to lose the business and house. Felicity decides to go meet Mr Cade, only to find out it's his hot son, Jackson Cade.
Jacksons is shocked that this beautiful girl is felicity. He wants her bad. When he finds out that she signed up for VBay, he must buy her but he doesn't want 1 day he wants 1 month of her. They are both attracted to each other and slowly fall in love.
Read more
Report abuse
See all reviews
Back to top
Get to Know Us
Make Money with Us
Let Us Help You
And don't forget:
© 1996-2021, Amazon.com, Inc. or its affiliates