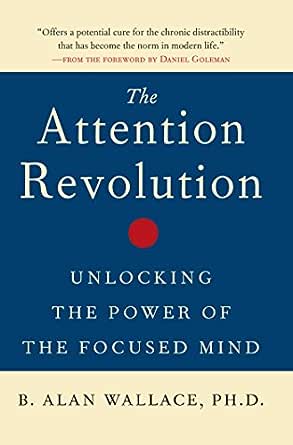 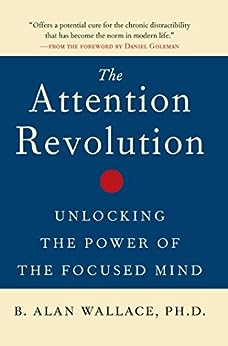 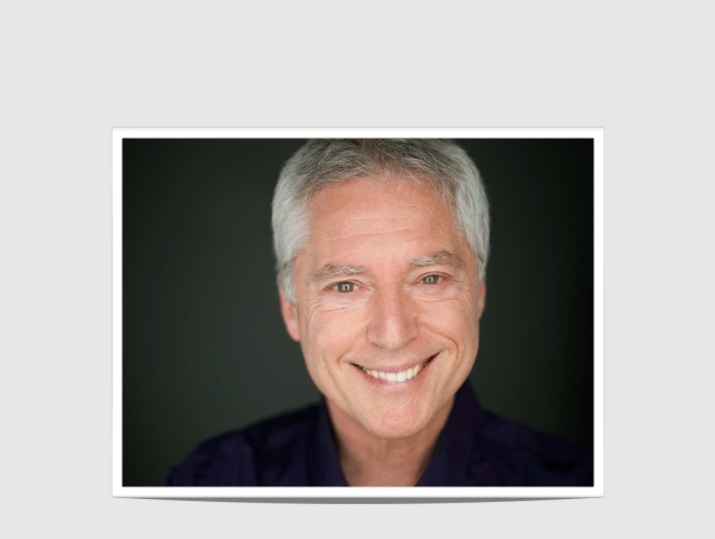 The Attention Revolution: Unlocking the Power of the Focused Mind Kindle Edition

"Indispensable for anyone wanting to understand the mind. A superb, clear set of exercises that will benefit everyone."--Paul Ekman, Professor Emeritus at University of California San Francisco, and author of Telling Lies and Emotions Revealed

"This is the best kind of practical manual: a balance of clear instruction, theoretical background, and personal sharing. Alan Wallace never talks down to you; his calm authority, borne of years of practice under the best of teachers, shines through. I recommend this book to those of any spiritual tradition--or none--who wish to grow as human beings."--The Reverend Anthony Freeman, Editor of the Journal of Consciousness Studies

"An indispensable guide, not only for anyone who attempts to meditate, but for all those who aspire to cultivate a more harmonious relation to the agent that determines the quality of every instant of our lives: our own mind."--Matthieu Ricard, co-author of The Monk and the Philosopher and of The Quantum and the Lotus

"Scholar, scientist, and adept practitioner Alan Wallace teaches the faculty of attention in a clear, concise, and profound manner. This book is a brilliant comprehensive analysis on the stages of the development of attentional balance and will be a classic in the field."--Joan Halifax, abbot of Upaya Zen Center and author of The Fruitful Darkness

"Attention is perhaps our most precious commodity. Alan Wallace provides a tutorial of a rigorous form of attention training, shamatha meditation, described in Buddhist texts and practices. Wallace notes that current interpretations of meditation practices such as mindfulness may not reflect the [Buddha's] original intent. In the current rush to apply many Eastern traditions to our Western culture, some very important elements of the original teachings and practices run the risk of being lost. This careful study of shamatha is likely to lessen such losses."--Susan L. Smalley, Ph.D., Professor, UCLA School of Medicine

B. Alan Wallace is president of the Santa Barbara Institute for Consciousness Studies. He trained for many years as a monk in Buddhist monasteries in India and Switzerland. He has taught Buddhist theory and practice in Europe and America since 1976 and has served as interpreter for numerous Tibetan scholars and contemplatives, including H. H. the Dalai Lama. After graduating summa cum laude from Amherst College, where he studied physics and the philosophy of science, he earned his MA and PhD in religious studies at Stanford University. He has edited, translated, authored, and contributed to more than thirty books on Tibetan Buddhism, medicine, language, and culture, and the interface between science and religion.

Ashleigh Coombs
5.0 out of 5 stars Required reading with reflection
Reviewed in Australia on 31 December 2019
Verified Purchase
Conventional truths are empty. Meditation cultivated with wisdom will deliver the disposition required to be a better humanitarian. Go for it.
Read more
Helpful
Comment Report abuse
See all reviews from Australia

Chookster
4.0 out of 5 stars Lucid and Clear
Reviewed in the United Kingdom on 7 May 2016
Verified Purchase
very clear introduction to Shamata and mindfulness meditation. Theory and practice laid out simply and lucidly. There's obviously a huge amount of theoretical understanding in the background but this book is mercifully free of the mumbo-jumbo that requires a couple of decades in a monastery in Dharamsala to understand. There's is a whiff of elitism through the book, and the message that anybody that leads a normal life can only hope to get to stage 3 (out of 9) is a good way of depressing 99.9% of your audience. Nonetheless if you are interested in meditative practice this is an excellent read.
Read more
5 people found this helpful
Helpful
Sending feedback...
Thank you for your feedback.
Sorry, we failed to record your vote. Please try again
Report abuse

Andrea
5.0 out of 5 stars One of the best meditation book
Reviewed in the United Kingdom on 6 February 2017
Verified Purchase
Wonderful book. Useful and clear!
Read more
Helpful
Sending feedback...
Thank you for your feedback.
Sorry, we failed to record your vote. Please try again
Report abuse

Khalid
4.0 out of 5 stars Excellent Book
Reviewed in India on 22 January 2017
Verified Purchase
The book is really amazing. After reading the first chapter that was available online for free, I bought the Kindle version. Just while reading the book, I could feel very calm and felt improvement in my attention. After keeping the book away as well, I continued feeling improved attention.
The author suggests practicing Shamatha over a period of time, which makes sense. The problem I faced was, once I started reading the book, I couldn't keep it away for few months while I meditated on a certain stage of meditation.
Other benefits include disassociating yourself from materialism, need for other people, getting ridding of hatred and anger, etc. The book is excellent and is worth a read for someone who is interested in meditation and clearing the head of unwanted thoughts of worry, anxiety, anger, frustration, etc.

John Verdon
4.0 out of 5 stars Mind training for beginner and advance practitioner
Reviewed in Canada on 9 July 2018
Verified Purchase
The is an excellent, practical introduction to meditation from a secular point of view - great for both beginner and advanced practitioner.
Read more
Helpful
Sending feedback...
Thank you for your feedback.
Sorry, we failed to record your vote. Please try again
Report abuse

Hedley
5.0 out of 5 stars Excellent!
Reviewed in the United Kingdom on 26 February 2013
Verified Purchase
This book is well written in a logical format. It leads the reader through the various levels of meditation and mindful states. The majority will reach level three at best, but it is valuable to be aware of what lies ahead if one should choose to dedicate themselves. It is not a five minute read, It takes time to assimilate the content and absorb it before taking a few more steps.. Some might describe it as 'heavy going', which is understandable. Taken in bite sized chunks it is enlightening and rewarding. I commend it.
Read more
14 people found this helpful
Helpful
Sending feedback...
Thank you for your feedback.
Sorry, we failed to record your vote. Please try again
Report abuse

Madhusudan
5.0 out of 5 stars Five Stars
Reviewed in India on 6 September 2016
Verified Purchase
This is for acquiring attention at a deeper level - balancing life both material and spiritual ends.
Read more
3 people found this helpful
Helpful
Sending feedback...
Thank you for your feedback.
Sorry, we failed to record your vote. Please try again
Report abuse
Load more international reviews

Mel
5.0 out of 5 stars Excellent
Reviewed in Canada on 13 August 2018
Verified Purchase
Excellent instructions and advice on Shamatha and the importance of achieving Shamatha as a building block to other contemplative practices.
Read more
Helpful
Sending feedback...
Thank you for your feedback.
Sorry, we failed to record your vote. Please try again
Report abuse

Jean-Rene Hebert
5.0 out of 5 stars Exellent book on meditation!
Reviewed in Canada on 24 March 2014
Verified Purchase
This book I would recommand to any novice or hard core meditator... It is really exellent...

The Shamata practices are perfect for beginners on the spiritual path...
Read more
One person found this helpful
Helpful
Sending feedback...
Thank you for your feedback.
Sorry, we failed to record your vote. Please try again
Report abuse

Ajay K.
5.0 out of 5 stars Five Stars
Reviewed in India on 15 July 2017
Verified Purchase
thank you for writing this book.......
Read more
Helpful
Sending feedback...
Thank you for your feedback.
Sorry, we failed to record your vote. Please try again
Report abuse