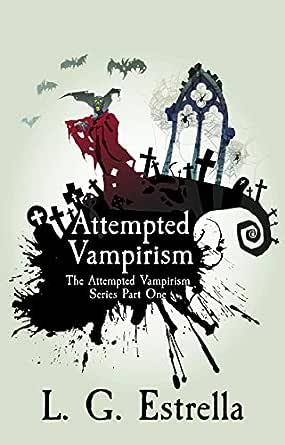 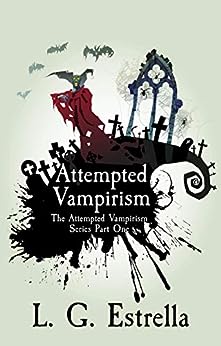 It’s not easy being a vampire – just ask Jonathan.

As the 32nd Lord of Bloodhaven, Jonathan is a vampire noble. Alas, he’s a noble in name only. Forget gold, diamonds, and bountiful estates. All he has to his name are one cosy – some would say dilapidated – castle and a reputation as a fine scholar specialising in ancient lore. Of course, given the horrible ends both his father and grandfather met in pursuit of fame and fortune, it’s probably for the best that he enjoys the quiet life.

Sadly, his quiet life is about to meet a horrible end of its own.

After a run in with the Blood Alliance Department of Taxation leaves Jonathan with nothing except a dressing gown and a pair of bunny slippers, he has no choice but to leave his quiet life behind. He needs a lot of money, and he needs it now. But at least he can rely on his faithful servants for help, right? Wrong. The only servant he’s got left is his old but faithful butler, Miles.

To get his castle and his stuff back, Jonathan and Miles have to take some risks, but the gods aren’t going to make it easy for them. After all, these are the same gods who took at least three tries to get the world mostly right, and they have some wonderful surprises up their sleeve.

If Jonathan can survive werewolves, bandits, and eldritch monstrosities, he might just stand a chance. Sure, he’s more familiar with a book than a sword, but he’ll make it work. Somehow. Maybe. Probably not.

It’s not easy being a vampire, but Jonathan is going to give it his best shot.

Brian
TOP 500 REVIEWER
5.0 out of 5 stars Great as always
20 May 2019
Format: Kindle EditionVerified Purchase
I love L. G. Estrella so work. When I see a new release from the author I buy it immediately. This new group of characters are as entertaining as his Timmy the Necromancer series. I look forward to the next.
Read more
One person found this helpful
Helpful
Comment Report abuse

P A DEWS THOMSON
3.0 out of 5 stars Nice Romp
3 May 2019
Format: Kindle EditionVerified Purchase
Another nice romp from this author. Well-plotted and nicely written. I'll buy the rest of the series. I did wonder if this was set in the same world as the Unconventional Heroes stories.
Read more
One person found this helpful
Helpful
Comment Report abuse
See all 2 customer reviews
Write a customer review

Kindle Customer
2.0 out of 5 stars Cute little quest tale
22 May 2019 - Published on Amazon.com
Format: Kindle EditionVerified Purchase
I expected more humor, more trials and tribulations of a hapless vampire from the description, but it's just a quick little story: assembly of a magical motley band (one of which is a broke vampire), travel through bandit-infested woods, big fight in a castle, haunted dagger, cliff-hanger Geni-style occupant of said dagger going to be a big deal, and done. Lots of variations thrown at the wall, not many stick.
Read more
5 people found this helpful

David Harriss
4.0 out of 5 stars Scattered but Fun
24 April 2019 - Published on Amazon.com
Format: Kindle EditionVerified Purchase
This is a fun book.
The tone isn't as funny or powerful as The Unconventional Heroes, but the characters are engaging, the adventures are well written, and the world is interesting.

It does slow down in the middle before picking up again.

Maiken2051
3.0 out of 5 stars Fizzles out after a great start
20 July 2019 - Published on Amazon.com
Format: Kindle EditionVerified Purchase
I bought this book based on the Amazon Sample, which was terrific. The sample led me to expect something in the Terry Pratchett vein: a mild-mannered vampire's castle is confiscated by blood-sucking tax collectors, forcing him to hit the road and become an adventurer. Unfortunately, what comes after the sample is pretty lackluster .. a fairly generic "RPG" adventure that bogs down in a swamp of exposition.

Jonathan, the vampire, ends up joining a party that sounds interesting but isn't. Every character has a backstory, which puts the book on hold while we learn endless details that we neither need nor remember. It's all store-brand cola.

The vampire's effortless transition from bookworm to dauntless adventurer is both implausible and disappointing -- the story would have been much more fun if he'd remained the character in the sample.

"Attempted Vampirism" was an OK read, but you can do better.

Corbett Hoxland
4.0 out of 5 stars Go on, buy it, enjoy it
9 July 2019 - Published on Amazon.com
Format: Kindle EditionVerified Purchase
I am a fan of the author and their work. So this may be a bias review but show me a review that isn't in one way or the other.
Enjoyable story, group of adventurers getting started in a land that is rich in history and betrayal.
The hero is not your normal blonde haired muscle bulging guy but instead the hero is assigned to the tram leaders, a nerdy vampire and a disgraced female palladian.
Keen to see where the story goes and how the characters grow including the ace up their sleeve

EllyH
5.0 out of 5 stars Great New Series...I hope
29 May 2019 - Published on Amazon.com
Format: Kindle EditionVerified Purchase
Love Estrella's Two Necromancer books and this one is equally as good. How can you go wrong when a scholarly vampire and his butler are forced out of necessity to team up with a rogue paladin, her shape shifting friend who is currently a bear because she can't shift back to a human right now for some reason and who also employs shadow imps, a werewolf and a merman who somehow is able to function on drylands...and adopts a bunny, Fluffy. Oh, just go and read it for yourself. Can't wait to see where this all leads to and hope the next book is at least in the works!
Read more
Go to Amazon.com to see all 31 reviews 4.6 out of 5 stars
Get FREE delivery with Amazon Prime
Prime members enjoy FREE Delivery and exclusive access to movies, TV shows, music, Kindle e-books, Twitch Prime, and more.
> Get Started
Back to top
Get to Know Us
Make Money with Us
Let Us Help You
And don't forget:
© 1996-2020, Amazon.com, Inc. or its affiliates