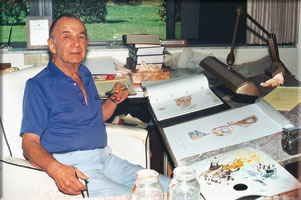 by Frank H. Netter (Author)
4.8 out of 5 stars 86 ratings
See all formats and editions
Sorry, there was a problem loading this page. Try again.

This third edition of the classic human anatomy atlas presents a total of 534 of Netter's own accurate, clear and precisely rendered illustrations along with 8 new Netter-style, surface anatomy drawings by Carlos A.G. Machado,
Read more
Previous page
Next page
Tell the Publisher!
I’d like to read this book on Kindle

Celebrated as the foremost medical illustrator of the human body and how it works, Dr. Frank H. Netter's career as a medical illustrator began in the 1930's when the CIBA Pharmaceutical Company commissioned him to prepare illustrations of the major organs and their pathology. Dr. Netter's incredibly detailed, lifelike renderings were so well received by the medical community that CIBA published them in a book. This first successful publication in 1948 was followed by the series of volumes that now carry the Netter name - The Netter Collection of Medical Illustrations. Dr. Netter is acknowledged as the foremost master of medical illustration. His anatomical drawings are the benchmark by which all other medical art is measured and judged. His world famous Atlas of Human Anatomy is the bestselling human anatomy atlas of all time, with over 1.5 million copies sold in 12 languages.

4.8 out of 5 stars
4.8 out of 5
86 global ratings
How are ratings calculated?
To calculate the overall star rating and percentage breakdown by star, we don’t use a simple average. Instead, our system considers things like how recent a review is and if the reviewer bought the item on Amazon. It also analyses reviews to verify trustworthiness.

役に立たない、おばかさんの外国人
4.0 out of 5 stars a great 'anatomy' friend
Reviewed in Japan on 28 January 2005
Verified Purchase
this atlas was a great help to me when i was doing anatomy lab practice. since the names are generally in english, i did find the book a bit of unuseful because the anatomical names that i learned at my medical school were either in japanese or latin. the book is very heavy and bulky but the pictures are absolutely abnormally great!
Read more
3 people found this helpful
Report abuse

Claudia
4.0 out of 5 stars Keystone of medical education
Reviewed in the United States on 6 September 2017
Verified Purchase
This is very much a quintessential and necessary book for healthcare. I've repurchased this book as a necessary reference book to NeuroPhysio practice as my original one was damaged in a flood. It is so clearly illustrated and easy to follow that I often pulled it out to provide further patient education to my patients. The only thing that would improve it has nothing to do with content but with book binding. As this was utilized for 2 years of gross anatomy lab, a book that lies flat (as with spiral binding) would be much better suited for its purpose in education. I took my original book to Kinkos who was able to spiral bind it nicely for about 7 bucks (into early 2000's rate).
Read more
5 people found this helpful
Report abuse

Vances
5.0 out of 5 stars this book is incredibly
Reviewed in the United States on 22 January 2021
Verified Purchase
the information and value of this book should be worth over $300 but instead it is only offered for $15! absolutely unbelievable. the images from all different angles along with the detailed colored images really help with identifying all the anatomy, which is great for what it's supposed to do! I highly recommend
Read more
Report abuse
See all reviews
Back to top
Get to Know Us
Make Money with Us
Let Us Help You
And don't forget:
© 1996-2022, Amazon.com, Inc. or its affiliates