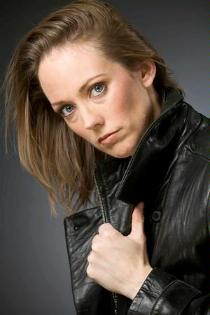 Sandra Levesque
4.0 out of 5 stars seeking used or new out of print books
Reviewed in Canada on 23 May 2013
Verified Purchase
I was please with the prompt service, although used the book was in very good condition I would tell my friends to go to this site if they were looking for used books.
Read more
Report abuse

Just Passing Through
5.0 out of 5 stars Bear Claw Creek Crime Lab #2
Reviewed in the United States on 6 July 2006
Verified Purchase
Bear Claw Creek has been quiet after a recent spate of kidnappings were solved and the perpetrator was killed by the BCCPD. But the quiet is short-lived. A dead body turns up that appears to be a ritualistic killing w/ possible ties to an old crime. The local crime lab is temporarily short-handed so the police chief calls in FBI Agent Seth Varitek to assist Cassie Dumont in processing the evidence.

Varitek and Dumont had worked together on the earlier case. Although there was a certain chemistry between the two, Dumont was less than pleased w/ the arrangement. She and the other two members of the lab--Alissa Wyatt and Maya Cooper--had been brought in by the chief to replace the newly (and unexpectedly) retired Fitz O'Malley, and had been greeted by the other members of the PD w/ negative feelings ranging from antipathy to outright hostility. Dumont, the most prickly and least liked of the three, is concerned that calling on the FBI is sending the wrong message and jeopardizes the future of the lab.

On his part, Varitek is unwillingly drawn to Dumont. His personal history makes him believe he needs to stay away from women w/ difficult personalities who put themselves in dangerous situations--and Dumont fits that description to a tee. As the case heats up, Dumont becomes a target and, w/ Wyatt and Cooper out of pocket, Varitek is her only backup and ally.

The case itself is complicated by the possibility of multiple perpetrators, links to older unsolved crimes, and planted evidence/red herrings. Although some of the pieces are tied up in this story, the final resolution won't be revealed until Maya Cooper's story in book #3 of the series, Rapid Fire.

Like the first book, Ricochet, this is another story w/ all the right elements. I liked Varitek and Dumont, both separately and together, much more than I thought I would based on the first book--a tribute to Ms. Andersen's depictions of the respective pasts that shaped them and their current relationship as a couple/partners in trying circumstances.

The mystery is also a strong element. It suffers ever so slightly from being the middle piece in a 3-part puzzle and I'm not sure how well it would read as a stand-alone. As part of a series, tho, it is well-handled and moves the story forward to the upcoming conclusion.

Ms. Andersen has dropped hints throughout the first two books regarding the possible identity of the mastermind behind the crimes and I'm eager to see if my guess is correct. Even if I'm right, tho, I can't guess at the motivation or backstory so I'm on tenterhooks to see how Ms. Andersen draws everything to a close.

Stephanie Garza
5.0 out of 5 stars Such a great addition!
Reviewed in the United States on 29 December 2015
Verified Purchase
Loved this one even more. Super quick read, page turning, heart thumping. Love rereading these books over and over again. Good cop story with some sexy romance thrown in! Beautifully written. Now to reread rapid fire!!!
Read more
Report abuse

sp
5.0 out of 5 stars Five Stars
Reviewed in the United States on 29 July 2014
Verified Purchase
Just as described. Shipping was fast
Read more
Report abuse
See all reviews
Back to top
Get to Know Us
Make Money with Us
Let Us Help You
And don't forget:
© 1996-2021, Amazon.com, Inc. or its affiliates