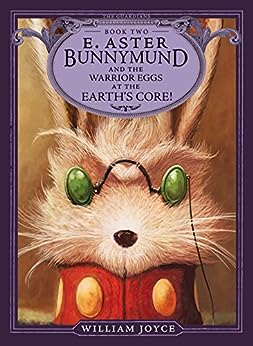 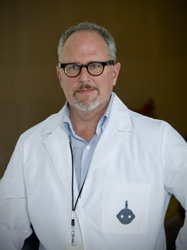 E. Aster Bunnymund and the Warrior Eggs at the Earth's Core! (The Guardians Book 2) Kindle Edition

by William Joyce (Author, Illustrator) Format: Kindle Edition
See all formats and editions
Sorry, there was a problem loading this page. Try again.
Forget the bunny trail.…In this addition to the groundbreaking series from the legendary William Joyce, Guardian E. Astor Bunnymund is on the warpath.

Pitch, the Nightmare King, and his Fearlings had been soundly driven back by Nicholas St. North and company in the first Guardians’ adventure. But now Pitch has disappeared completely—and out of sight does NOT make for out of mind. It seems certain that he’s plotting a particularly nefarious revenge, and the Guardians suspect he might have gone underground. But how can they find him there?

Enter E. Aster Bunnymund, the only emissary of the fabled brotherhood of the Pookas—the league of philosophical warrior rabbits of imposing intellect and size. Highly skilled in martial arts (many of which he invented himself), Bunnymund is brilliant, logical, and a tunnel-digger extraordinaire. If the Guardians need paths near the Earth’s core, he’s their Pooka. He’s also armed with magnificent weapons of an oval-sort, and might just be able to help in the quest for the second piece of the Moonclipper.

This second book in The Guardians series is about much more than fixing a few rotten eggs—it brings the Guardians one step closer to defeating Pitch!
Read more
Previous page
Next page

Children will read and reread the story to enjoy all the nuances of this plot-driven fantasy with strong visual imagery. Joyce's fans are sure to welcome his newest offering. SLJ, June 2012

Clever and packed with quirky, imaginative creations, lovingly illustrated by Joyce.--Booklist --This text refers to the hardcover edition.

William Joyce does a lot of stuff but children's books are his true bailiwick (The Guardians series, Dinosaur Bob series, George Shrinks, and the #1 New York Times bestselling The Fantastic Flying Books of Mr. Morris Lessmore, which is also his Academy Award-winning short film, to name a few). He lives in Shreveport, Louisiana. Talk to William Joyce and see upcoming work at @HeyBillJoyce on Twitter and Instagram. --This text refers to the hardcover edition.

"Children will read and reread the story to enjoy all the nuances of this plot-driven fantasy with strong visual imagery. Joyce's fans are sure to welcome his newest offering."

"Clever and packed with quirky, imaginative creations, lovingly illustrated by Joyce."--"Booklist" --This text refers to an alternate kindle_edition edition.

A true luminary and creative spirit, William Joyce has put his personal stamp on children’s media in every direction. His picture books include George Shrinks, Dinosaur Bob and Santa Calls; he’s won three Emmy awards for his Rolie Polie Olie animated series; developed character concepts for Toy Story and A Bug’s Life; and his films include Robots and Meet the Robinsons. He’s currently co-directing The Guardians for DREAMWORKS, and is producing The Leaf Men, based on his picturebook. He lives in Shreveport, LA, and is the founder of Moonbot Studios.

Philip John Ashford
5.0 out of 5 stars BRILLIANT
Reviewed in the United Kingdom on 30 May 2014
Verified Purchase
got this for my daughter as a surprise she loved it and the quality was super very pleased with it many thanks
Read more
Report abuse