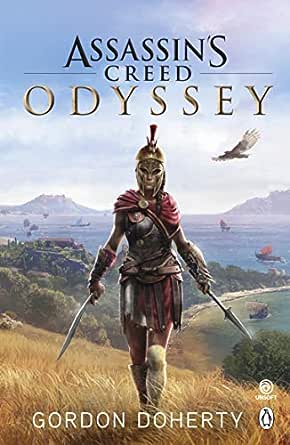 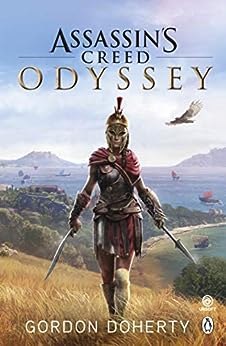 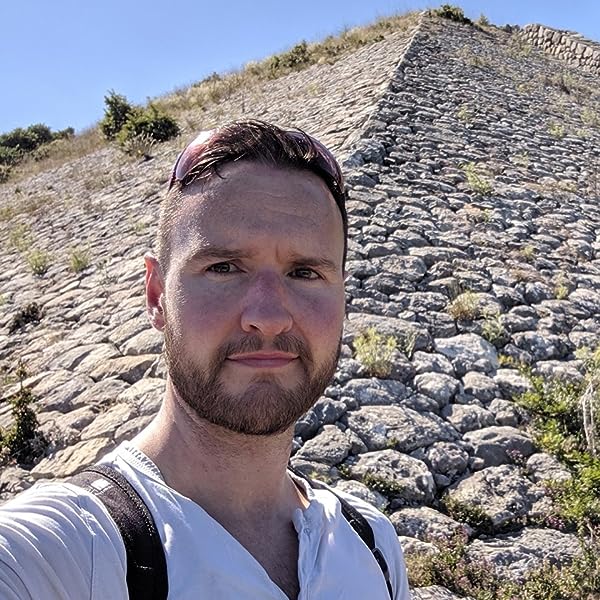 The official novel of the highly anticipated game. --This text refers to an alternate kindle_edition edition.

Gordon Doherty is the author of the Legionary series and the Strategos series, historical fiction novels set during the Roman and Byzantine empires. When Gordon is not writing his novels, he enjoys archery, running, and exploring the past by visiting ancient sites. Visit him online at gordondoherty.co.uk. --This text refers to an alternate kindle_edition edition.

4.6 out of 5 stars
4.6 out of 5
298 global ratings
How are ratings calculated?
To calculate the overall star rating and percentage breakdown by star, we don’t use a simple average. Instead, our system considers things like how recent a review is and if the reviewer bought the item on Amazon. It also analyses reviews to verify trustworthiness.

Nicholas
5.0 out of 5 stars If you want to know even more, buy the game
Reviewed in Australia on 5 October 2020
Verified Purchase
It is exactly like the game, apart from the choices I made where nobody had to.....spoiler alert
Read more
Helpful
Comment Report abuse
See all reviews

Mr. Ray. Brown
4.0 out of 5 stars Great little tale for the Assassin Creed.
Reviewed in the United Kingdom on 26 October 2018
Verified Purchase
I enjoyed this story of the beginning of the Assassin's creed, very short chapters not carrying a lot of detail, the time span flew past very rapidly, conclusion was very interesting excellent twist. I assume it was written for the Teen market so a good fast paced narration was maybe inevitable. If the game is as good as the book, they are on to a winner here.
Read more
8 people found this helpful
Report abuse

Considering how expansive the game is, some of the game's narratives are glossed over, but some are also delved into a bit deeper. Most of the main plot points are hit upon, driving Kassandra and the narrative forward, so if you've played the game, as I have, then it's a very familiar retelling.

In the game you could chose between both female and male (Alexios) protagonists to play through as. And from what I know about her character from playing the game, I think Kassandra was a good choice for the main role in this story. She comes across as a very compelling character, who always tries to do what is right, despite the forces at play against her. The book gets into her head and we get to read her thoughts as the war against the cultists weighs down on her, and especially as she copes with the guilt with those lives taken from her.

It is an action packed story, with some of the battles described in vivid and brutal detail. Most of the main battles that are part of the game's main plot are featured. And we also get a glimpse into the Cult of Kosmos, as they try to outfox and defeat Kassandra. Each time getting frustrated as Kassandra dispatches their agents, picking off their numbers one by one.

Although not as good as the 'Assassin's Creed Origins' tie in book (which was a prequel to that game instead of being a novelisation of the game like Odyssey is), it is still an enjoyable read. Although I did find the pace slow going at times, there was enough to keep me engaged in the story, such as when Kassandra meets certain characters and getting caught up in the battles too. I think it also helps if you've played the game or are a fan of the recent series of games as well. And I'd maybe recommend reading this AFTER playing through the two main storylines in the game, just in case you don't want to know any spoilers.

David Baird
5.0 out of 5 stars I’m always impressed when I read Gordon’s work and he didn’t let me down with Odyssey.. I loved it!
Reviewed in the United Kingdom on 12 February 2019
Verified Purchase
Gordon Doherty fast became a favourite author of mine while reading his Legionary series. When I heard he was on board with an Assassin’s Creed book I felt two emotions, firstly happiness that Gordon’s work would reach a wider audience and also apprehension… I’m not really a gamer..would I still enjoy the book?

Well I needn’t have worried..Gordon smashed it again!

This tale follows Kassandra who as a child was cast out by her family.. she went against the gods and for that there is no forgiveness…all she cared about was saving little Alexios..her sibling..only for her parents to abandon her.

Years have passed and we find Kassandra using her Spartan skills to get by..she’s a mercenary and for the right price she will sort your problems out for you.

From the off you can tell that while Kassandra needs money..she still has a few morals left. This is confirmed as soon as we meet Phoibe..A little girl Kassandra has decided to take care off..if she doesn’t no one else will. The relationship between these two was a joy to follow.

The plot is well-developed and we have a nice build-up for the character as we see her skills put to use. Tasked with using her talents to obtain a treasure little does she know it’s really just a test and the past won’t stay hidden for long.. it’s going to hit hard.

From one lead to another Kassandra sets out on a path to learn about herself and the fateful night she was lost to her parents.. little does she know that all is not as she first thought.

Gordon Doherty gives us twist after twist and effortlessly paints a picture of Kassandra’s life and the places she visits. This might be an adaptation of a game but Doherty manages to give the written word depth and emotion that no game has been able to give me in the past. It’s written in such a way that young adults and old alike will love it with the perfect amount of detail to keep his diehard fans happy but also suck in new readers without overwhelming them.

I really think Gordon managed to put his own style of writing into an established series which is no mean feat.

I’m always impressed when I read Gordon’s work and he didn’t let me down with Odyssey.. I loved it!
Read more
3 people found this helpful
Report abuse

K. Jones
5.0 out of 5 stars This is Sparta
Reviewed in the United Kingdom on 6 November 2018
Verified Purchase
That one line did it for me. I love books about Spartans, love Assassin's Creed and to combine the two was a dream come true. I can't tell you have much I enjoyed this story, the action was edge of the seat stuff. The hero's felt real and made a connection from the start.
The best part for me was, that I'm playing the the computer game at the same time as I'm reading. Even without the game the book is awesome. Definitely a book for any Assassin's Creed fan or of Greek adventurers.
Read more
3 people found this helpful
Report abuse

Dylan Nieuwoudt
5.0 out of 5 stars Power games
Reviewed in the United Kingdom on 31 December 2018
Verified Purchase
I really enjoyed reading this video game adaption of the latest Assassins Creed action adventure. Set in ancient Greek times during the Polepennesian War. Kassandra is a strong heroine warrior overcoming heart wrenching past tragedy. Between trying to puzzle the events of her past together, she is also threatened by a shadowy secret society trying to manipulate civilisation. Fast paced; but at times felt rushed. Video game fans would be advised to read this book first, as their may be a bit of repetition. The book's story is close to the game's storyline. Together they compliment the overall experience which is an Odyssey.
Read more
One person found this helpful
Report abuse
See all reviews
Get FREE delivery with Amazon Prime
Prime members enjoy FREE Delivery and exclusive access to movies, TV shows, music, Kindle e-books, Twitch Prime, and more.
> Get Started
Back to top
Get to Know Us
Make Money with Us
Let Us Help You
And don't forget:
© 1996-2020, Amazon.com, Inc. or its affiliates