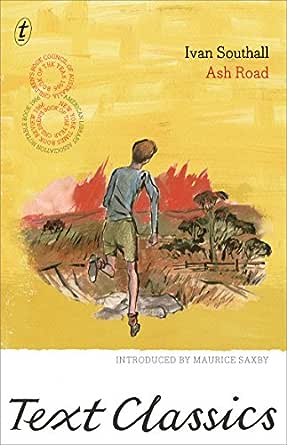 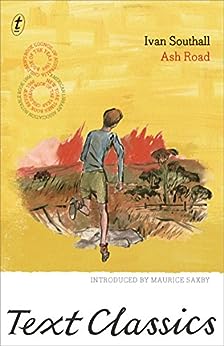 Ivan Southall was born in Melbourne in 1921. His father's death forced him to leave school at the age of 14 and begin working full time to support his family. During his spare time he wrote short stories (some of which were published) and completed four books before the age of 20. When the Second World War began he joined the RAAF, trained as a pilot and eventually became the captain of a Sunderland flying boat, for which he was awarded the Distinguished Flying Cross in 1944. After the war, Southall went to London and wrote war history for two years. In 1947 he returned to Australia and became a freelance writer. Southall's first children's book, Meet Simon Black was published by Angus and Robertson in 1950. This was the beginning of the Simon Black adventure series and was followed by eight more titles over the next 10 years, each drawn from his wartime flying experiences. In 1966 Ash Road won the Children's Book Council of Australia (CBCA) Book of the Year Award and Southall really came into his own as a children's writer. Numerous editions of his many books have appeared throughout the world in over 20 languages. Over the next 30 years he and his books received multiple honours and awards here in Australia and also in England, Japan, Holland, Austria, the United States, and Spain. Southall has travelled extensively and has lectured about children's books in many parts of Australia and overseas. In 1981 Southall was appointed to the Order of Australia. and in 1993 was the recipient of an Emeritus Award.

Ivan Southall passed away in November 2008.
--This text refers to the paperback edition.

Amazon Customer
5.0 out of 5 stars Ash Road
Reviewed in Australia on 22 July 2016
Only bought this for school work. Though really good book and I love the part when the boys started the fire.😄😂😄
Read more
One person found this helpful
Helpful
Comment Report abuse
See all reviews

Ms. Celia Bryce
5.0 out of 5 stars Five Stars
Reviewed in the United Kingdom on 16 June 2015
Verified Purchase
this man knew how to build up suspense
Read more
Report abuse

Green Thumb76
5.0 out of 5 stars Great story--captivating
Reviewed in the United States on 19 October 2019
Verified Purchase
This is a story you can stay up all night to read. Fast-paced and interesting. I had only been able to read half of the book the first time I casually picked it up and started reading it in a library, but I always wanted to find the book again and read the whole thing. Glad I finally found it!
Read more
Report abuse
See all reviews
Get FREE delivery with Amazon Prime
Prime members enjoy FREE Delivery and exclusive access to movies, TV shows, music, Kindle e-books, Twitch Prime, and more.
> Get Started
Back to top
Get to Know Us
Make Money with Us
Let Us Help You
And don't forget:
© 1996-2020, Amazon.com, Inc. or its affiliates