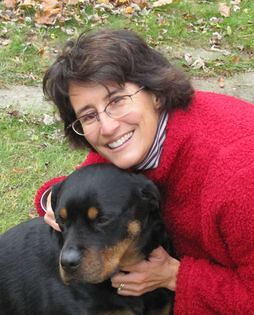 by Sarah Prineas (Author)
4.0 out of 5 stars 24 ratings
See all formats and editions
Sorry, there was a problem loading this page. Try again.

"Ash & Bramble is a book written for anyone who wants to decide for themselves what path their life should take."--Voice of Youth Advocates (VOYA) (starred review)

"Ash and Bramble is a uniquely written story with a strong and engaging voice. 4 1/2 stars."--Romantic Times Book Reviews, Top Pick

Ash & Bramble is a delightful deconstruction of society's fairy tale myth, wrapped in an exquisite, spellbinding adventure. A must-read for teens who yearn to forge their very own story.--Rae Carson, author of the best-selling Girl of Fire and Thorns trilogy

Sarah Prineas lives in the midst of the corn in rural Iowa, where she wrangles dogs, cats, chickens, and goats, goes on lots of hikes, and finds time to write. She is also the author of Ash & Bramble, a retelling of Cinderella. She is married to a physics professor and has two kids. You can visit Sarah online at www.sarah-prineas.com.

Clare S
4.0 out of 5 stars A great fairy tale twist
Reviewed in the United Kingdom on 7 October 2015
Verified Purchase
"Your stories are about good people finding happiness, about bad people getting what they deserve, and most of all, you tell about true love. Your stories make the fire burn brighter; your stories push back the darkness."

I love fairy tale retellings. I love fairy tales in general. But if there is one fairy tale I feel less than enthusiastic about it's Cinderella. I mean, come on, if the Prince can only tell who you are by your shoe size he is not a keeper. But this book wasn't really like that. Although at heart it was a Cinderella story there were a number of other fairy tales woven within it and, more importantly, it was it's own story.

Pin was a confusing character for me. I found that at times I loved how resourceful and strong she was and then she'd act in a selfish or casually cruel way and then I fell a bit out of love with her again. The first half of this book was splendid because Pin was the hero, she was the rescuer and the planner and the one saving others. Shoe was a great character because he was very determined and kind but I never really bought into their love. Later, with the Prince we're expected to shake our heads and deny that there is even a chance it could be real love because "they hardly know each other". But in reality, Pin and Shoe don't know each other either. He essentially fell in love with her because she was brave enough to escape and she... well actually I'm not entirely sure why she fell in love with him. Not that he didn't deserve it but because she essentially saw him across a room and then realised she couldn't leave without him and would sacrifice herself to save him.

That said, in pantomime Cinderella it has always seriously annoyed me that Cinderella chooses the Prince who can't even recognise her over poor Buttons who has loved her forever. And Shoe was essentially Buttons - so I should probably be happy. The Prince was fairly different here. He was a good guy, he treated people well, he was honorable and chivalrous and ... ever so slightly boring. It wasn't his fault that he thought himself in love with Pin but he was fairly annoying about it. And his constant insistence that Pin needed rescuing became more and more ridiculous as it became more obvious that she was perfectly capable of rescuing not only herself but everyone around her as well.

The best thing about Ash & Bramble was the role reversal. The Godmother was the bad guy (sort of), the Witch was good. The ugly step-sisters were neither ugly nor really evil. Even the step-mother was sympathetic by the end. Since the true villain of this book was Story and not the Godmother it actually became more difficult to see a way of beating it. A person can be beaten, a concept or a vague magical entity cannot so easily. I liked the ending of this book but I felt like the world building, in particular the explanations for the magical elements (such as the thimbles) were slightly lacking. I'd love to know where the thimbles came from, how they work - more about the Godmother.

Ash & Bramble was an excellent fairy-tale retelling and an excellent story in it's own right. And Pin is the kind of character I am always looking for, I loved how she was the leader, the fighter, how when the Prince insisted she would have to choose between him and Shoe she told him that actually she could pick neither. I liked the teasers of other people's stories, particularly in the rebel camp and I would love there to be a companion about one of them. Or about someone else entirely. And if there is - I would really love for more of an explanation about how the magic works. If, like me, you love fairy tales or stories in which villains are good and good guys are bad, or just really strong heroines, then you should definitely try this book.
""You're Shoe's Pen, are you?"
"I'm my own Pen, thank you," I answer."
Read more
One person found this helpful
Report abuse

Rachel Neumeier
5.0 out of 5 stars That was brilliant. How did Prineas come up with the idea ...
Reviewed in the United States on 12 May 2016
Verified Purchase
Whoever would have thought of making the Godmother the villain? That was brilliant.

How did Prineas come up with the idea of zapping everybody’s memory, occasionally multiple times, so that no one in the book knows their own histories or names? By the second half of the book, the main protagonist doesn’t even remember the first half of the story. That was brilliant.

What a great notion, making so many of the secondary characters who might have been bad guys into sympathetic characters – the stepsisters especially; even the stepmother by the end. So clever to show how these fundamentally decent people are being misshapen into petty tyrants by the way they’re all trapped in the Cinderella story. And Prineas pulled this off with just a line here and a line there. That was brilliant.

Now I’m totally looking forward to the sequel. Which is based on Sleeping Beauty, evidently. I’m not aware of a lot of Sleeping Beauty retellings, but I’m fascinated to see what Sarah Prineas will do with this.
Read more
2 people found this helpful
Report abuse

Also there were two first person narrators and I couldn't tell them apart.
Pratchett has covered the same sort of thing in WITCHES ABROAD, which I thought was better done. Certainly very different. The anime Princess Tutu has also.
Read more
Report abuse

LuLu
4.0 out of 5 stars A twisted Cinderella story
Reviewed in the United States on 29 April 2021
Verified Purchase
This story is a bit dark in places, but filled with adventure, love and magic. See if you can pick out the other fairytale characters involved. A good read.
Read more
Report abuse

Deborah Coates
5.0 out of 5 stars is what made this book such a fun and satisfying read for me
Reviewed in the United States on 21 September 2015
Verified Purchase
This is not a typical fairy tale retelling. There are princes and princesses and fairy godmothers and magic kingdoms. But the fairy godmother is not who you think she is and the princess is not just waiting for her prince to come.

I generally come to novels with my own expectations and desires, a demand to be entertained and a hope that maybe I'll learn something. Ash & Bramble delivers on all of that. It's the sort of novel that provides a unique perspective while still delivering a kick-ass story full of sword fights and adventure and occasional party dresses about characters I cared about and rooted for. It has delightful little gifts to the reader, moments of the familiar mixed cleverly into something brand-new.

It's a book about story and a book about telling stories. Prineas 'gets' story and that, in the end, is what made this book such a fun and satisfying read for me. Definitely recommended.
Read more
Report abuse
See all reviews
Back to top
Get to Know Us
Make Money with Us
Let Us Help You
And don't forget:
© 1996-2021, Amazon.com, Inc. or its affiliates