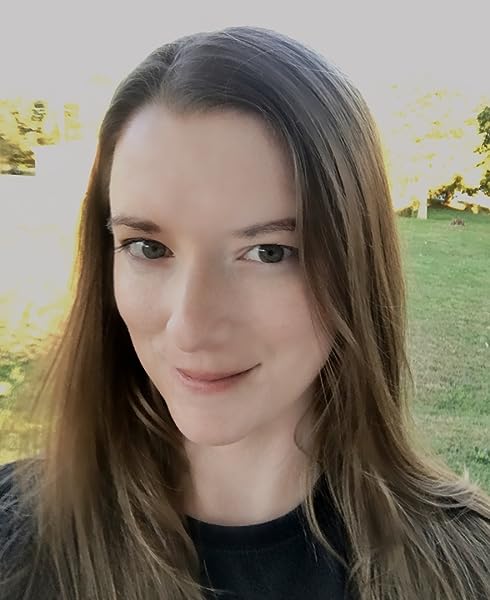 by Jodi Meadows (Author)
4.7 out of 5 stars 66 ratings
See all formats and editions
Sorry, there was a problem loading this page. Try again.

"Meadows portrays acutely Mira's insecurities about not living up to the demands of her station or to her mother's expectations...while exploring issues of inclusivity and discrimination. Fans of Naomi Novik's Temeraire series or Julie Kagawa's Talon books will be delighted."--Publishers Weekly

"Meadows sows the seeds for an exciting follow-up and creates a rich, vivid world with characters who blossom on the page.... A page-turner that promises future intrigue, special powers, and dragon adventures."--Kirkus Reviews

Praise for Before She Ignites: "...fast-paced, with surprising twists and turns. This richly written fantasy--the first in a trilogy--will keep readers asking whom to trust and wondering what's true."--School Library Journal

"Complex world-building and luminous storytelling. Mira will sear a mark on your heart long after the final page is consumed."--Stacey Lee, award-winning author of Outrun the Moon and The Secret of a Heart Note

"Meadows weaves a taut narrative of loss, betrayal, and friendship, building a politically and environmentally fascinating world that readers who are looking for fantasies that center on people of color will especially appreciate."--Bulletin of the Center for Children's Books

"Mira is a fascinating and flawed heroine who tilts the world on its side. I loved her and this fiercely imagined world."--Mary Pearson, New York Times bestselling author of The Remnant Chronicles

"The complex political system is compellingly built, and Mira's characterization is admirable. Hand to fans of rich world building--and, of course, fans of dragons."--ALA Booklist

Jodi Meadows is the author of the Incarnate series and lives in Virginia. Find her online at www.jodimeadows.com, and on Facebook and Twitter (@jodimeadows).
Start reading As She Ascends (Fallen Isles Book 2) on your Kindle in under a minute.

Cliente de Amazon
4.0 out of 5 stars A killer sequel!
Reviewed in Mexico on 10 October 2018
Verified Purchase
Utterly fantastical and a great follow-up to it’s impressive first book, As She Ascends is the second book in the Fallen Isles trilogy, a series that took me by surprise when I started it at the beginning of the year.

Jodi Meadows has a way with words, and her writing fits with the story so well. Vivid descriptions of the great-constructed fantasy world, amazing development of the main characters and a prose like no other, this book made Jodi Meadows one of my favorite authors, and one I consider extremely underrated.

Mira, our heroine, makes this story unique, in a way were even though everything is happening in a fictional world, she feels like a person you could meet in the streets. Her along with her sidekicks and fellow friends, take you on a rollercoaster of a ride, with amazing dialogue and impressive points of view.

The story itself isn’t left behind. Impressive plot twist that are everything but predictable and multiple subplots that feel just as important as the main one, Jodi Meadows creates a story you can’t stop reading until it is done.

Definitely one my favorites of the year and a hidden jewel in the YA genre. Can’t wait for the finale next year!
Read more
Report abuse

Christina @ Books and Prejudice
5.0 out of 5 stars Even Better than the First
Reviewed in the United States on 16 September 2018
Verified Purchase
We start off immediately after the end of Before She Ignites. The gang has escaped from the Pit, Altan on their heals. Mira has discovered her new and explosive power, and the dragons are being taken away.

Can I just say that I love how Jodi handles cliffhangers? If you don't know what I mean, I urge you to read her Orphan Queen duology. But this one was entirely different. While I absolutely needed to know what would happen next, I wasn't cursing the author for leaving me hanging for a year. So at least there was that.

And then we have the world. While we learn a lot about the different Fallen Isles in Before She Ignites, we get to see even more. There's more of Khulan to be discovered, and there are other islands explored that we didn't see in the first book. Not to mention Idris and Aaru's POV. I mean, hello! We get Aaru's POV! Which I was completely stoked for, and it definitely lived up to the hype.

Mira and her friends have an awesome squad going, and it's clear to see that even though they fight, they all need each other. And things are likely to get very sticky for them in the final book.

One of my favorite things about As She Ascends was just how much character growth Mira had. At the beginning of Before She Ignites, she's easily manipulated. Complicit in whatever the Luminary Counsel asks of her. By the end she's fighting. But it's during As She Ascends that she truly learns exactly what she's fighting for and how to go about it. Instead of going on first instinct, she needs to learn more about each and every situation.

Plus the dragons. There's lots more dragons. LaLa and Crystal are still around. Plus let's not forget Lex and Kelsine from Before She Ignites. There are new dragons we haven't met, and old dragons we have. So many dragons!

We end with another intense cliffhanger as things have taken a turn for the worst. It will leave you needing the sequel immediately.

Overall
I honestly think I liked this better than the first book, which is always tough since second books tend to fall flat. But it was everything I could have hoped for. I loved it, and I cannot wait for more!
Read more
3 people found this helpful
Report abuse

Alexa @ Alexa Loves Books
5.0 out of 5 stars More action, more dragons, more back story and more of characters I really enjoyed getting to know!
Reviewed in the United States on 30 September 2018
Verified Purchase
I’ve been eagerly anticipating As She Ascends ever since I read (and reread) Before She Ignites, the story of a girl wrongfully imprisoned when she discovers a terrible secret and brings it up with the wrong people and how she grows after everything she experiences. As She Ascends picks up right where the first book left off, following Mira Minkoba after she and her friends escape from the Pit and go off in search of answers to their many questions and solutions to the problems they face. It’s up to Mira to figure out where she’s going to go from her, what she’s willing to stand for and just how far she’ll go in order to make things right.

Before I get into my feelings about what happens in the book, as well as the characters, I’ll admit that it took a little while to get used to the breakneck pace of this sequel. Where Before She Ignites was slower, with a journey that was more internalized than action-packed for main character Mira, As She Ascends is the opposite. It’s back-to-back-to-back high intensity situations for Mira and company as they find their way (or forge a path where there appears to be none). While I’m not opposed to the speed with which Meadows employs these twists and turns (and in fact, it had me turning pages really quickly), it’s definitely a jarring change.

Still, I really enjoyed As She Ascends. The first book of the series really honed in on Mira’s journey of personal growth, and her personal journey is also woven into this sequel. But this book also broadens the world, revealing new information about the Fallen Isles, external threats and the other characters. It also manages to touch on a variety of themes - the use (or misuse) of power, basic human rights, the importance of (and variety) of the choices people can make and how everything may not always be so black and white, and the significance of using what you’ve been given to make a difference no matter how big the fight. I’m always suitably impressed by the sheer variety of reactions I walk away with after finishing one of Meadows’ books, and this one was no exception.

But, as always,it was the characters that really drew me into As She Ascends. I’ve said this to quite a few people, but I adore Mira Minkoba. I’ve loved her since the first time I ever met her, and that adoration has only continued to grow as I’ve watched her continue to be shaped by the circumstances she finds herself facing. She’s not perfect, but she has her heart in the right place and she has qualities that I find both admirable and relatable. I also enjoyed the fact that this novel gives us a lot more of Aaru, including a glimpse into his own past, as well as the rest of the gang - Hristo, Ilina, Chenda, Gerel - being around for a lot more of the story (though I’m biased and would have enjoyed seeing even more of them all).

While As She Ascends definitely has a solid ending, there is still so much that needs to happen before Mira’s story can finally draw to a close. I’m both relieved that there’s a third, sad that I have to wait so long and terrified that something heartbreaking will happen to the characters I’ve come to adore so much. (With Jodi’s track record of breaking my heart with her books, I wouldn’t be surprised if it happens but it doesn’t mean I want that for myself. Or maybe I do since I keep on reading them…) I’m really eager to see how things play out in the final installment of this series, and will just be here rooting for Mira (and for my chosen ship in this story, which is not the main ship but one that I really, really, really want to happen) until the time I get to read the rest of her story.
Read more
4 people found this helpful
Report abuse

Deb Hawkins
5.0 out of 5 stars This mammoth of a sequel!
Reviewed in the United States on 30 September 2018
Verified Purchase
I've been waiting for a long time for this, and Jodi did not disappoint! I love the progression of Mira's character arc from the beginning of Before She Ignites to the end of this one. I love her moments of darkness even when they scared her. The imagery in every big moment makes me want to reread them over and over again. And the last big scene is something fans are going to talk about for a long time!

Speaking of (hint), I fell in love with Aaru in BSI, and getting to see his moments up to the first day he spoke to Mira in the prison just makes their story so much more powerful. I need to know how he copes in When She Reigns, so go Jodi go!
Read more
3 people found this helpful
Report abuse
See all reviews
Back to top
Get to Know Us
Make Money with Us
Let Us Help You
And don't forget:
© 1996-2021, Amazon.com, Inc. or its affiliates