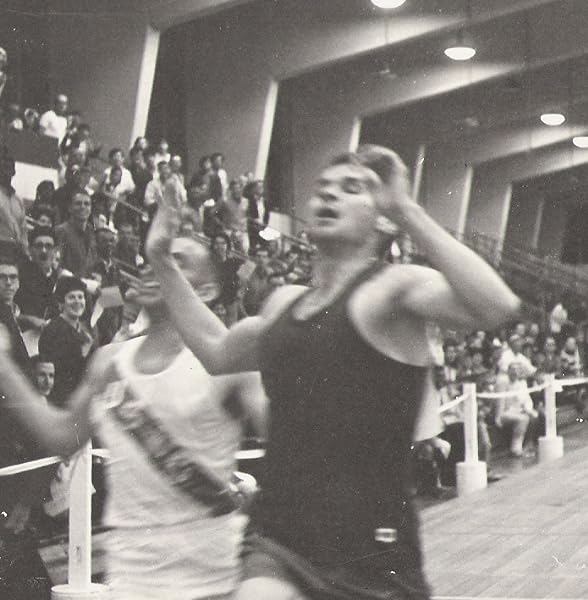 by Michael E. Tymn (Author)
4.2 out of 5 stars 17 ratings
See all formats and editions
Sorry, there was a problem loading this page. Try again.

A resident of Kailua, Hawaii, Michael E. Tymn is vice-president of the Academy of Spirituality and Paranormal Studies, Inc., and editor of the Academy's quarterly magazine, The Searchlight. He has been a freelance journalist for more than 50 years. His articles on paranormal subjects have appeared in FATE, Mysteries, Nexus, Atlantis Rising, Christian Parapsychologist, Vital Signs, Venture Inward, Two Worlds, Dark Lore, Alternatives, and The Honolulu Advertiser.
Start reading The Articulate Dead on your Kindle in under a minute.

A 1958 graduate of the School of Journalism (B.A. Public Relations) at San Jose State University, Michael Tymn has contributed more than 1,600 articles to some 40 newspapers, magazines, journals, and books over the past 60 years. While most of his articles have dealt with subjects from the sports arena, Mike has done business, travel, metaphysical, and human interest features. He won the 1999 Robert H. Ashby Memorial Award given by The Academy of Religion and Psychical Research for his essay on "Dying, Death, and After Death." Writing assignments have taken him to such diverse places as Bangkok, Panama, Glastonbury (England), Jerusalem, Hollywood, St. Paul, and Tombstone. He has interviewed and written about more than 40 Olympians in his sports writing and has interviewed more than 20 scientists, researchers, educators, and philosophers in his metaphysical writing.

Mike serves as Vice-President of The Academy of Spiritual and Consciouness Studies, Inc. and is editor of the Academy's Journal and mini-magazine, "The Searchlight." He is a frequent contributor to "Atlantis Rising" magazine, "Running Times" and "National Masters News." Mike can be contacted at METGAT@aol.com

scopus
5.0 out of 5 stars A fascinating and very convincing read.
Reviewed in the United Kingdom on 25 October 2014
Verified Purchase
A very informative book and an eye-opener to a world of now largely forgotten but superb mediums and the investigative rigeur directed to their abilities by the top scientific minds of the day. I will be reading more of Michael Tymn's books.
I was puzzled that the paperback at over £20 costs twice as much as other titles by this author and publisher. For this reason I bought the kindle edition, although of course now I can't lend the book to anyone.
Read more
One person found this helpful
Report abuse

BEN
5.0 out of 5 stars A must read book.
Reviewed in the United Kingdom on 17 January 2020
Verified Purchase
A very interesting and truly inspirational story that helps to carry on with the work of the Spirit.
Read more
Report abuse

Shige
5.0 out of 5 stars Great summary of Spiritual existence through mediumship history search
Reviewed in the United States on 16 December 2020
Verified Purchase
This is a Great book in search of after life through study of mediumship search since beginning of famous Fox family incident. It covers most famous cases such as Patience Worth case and others. I was happy to know this book included Dr. Carl Wickland’s “Thirty years among the Dead” when explaining Earth Bound Sprits cases. Anyway I would like to recommend this book as good summary of study on life after death. Well searched.
Read more
Report abuse
See all reviews
Back to top
Get to Know Us
Make Money with Us
Let Us Help You
And don't forget:
© 1996-2021, Amazon.com, Inc. or its affiliates