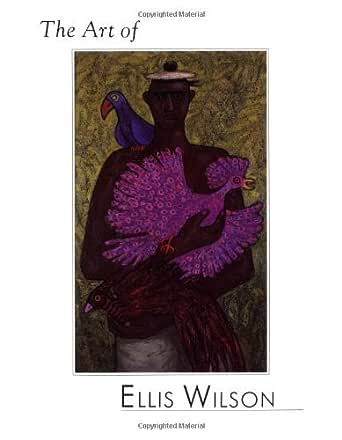 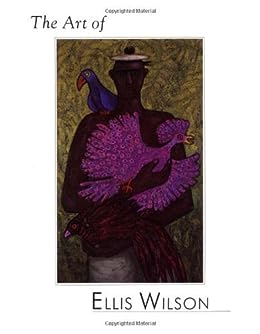 "The best of [Wilson's] mature work is stunning, displaying a unique sense of color in relation to perspective.... An artist of rare importance." -- Express Books

"Wilson's travels through the Deep South and in Haiti stirred the sympathetic artistic expression of his African heritage in appealing and exotic tableaux of figure, costume, and setting." -- James Birchfield

From the tobacco fields of western Kentucky to the streets of Harlem, from the Gullah Islands off the South Carolina and Georgia coasts to the all-black republic of Haiti, painter Ellis Wilson (1899-1977) examined the scope and depth of black culture.

One of Kentucky's most significant African American artists, Wilson graduated from the Art Institute of Chicago in 1923. He spent five more years in the city before moving to New York, where he lived for the rest of his life. Aside from his participation in the WPA's Federal Arts Project and a Guggenheim Fellowship, he was never able to support himself fully by painting. Yet his work has long been praised for its boldness and individuality. Black workers were a favorite subject: field hands, factory workers, loggers, fishermen, and more.

Of his 1940s series of black factory employees, Wilson stated, "That was the first time I had ever seen my people working in industry, so I painted them." Over time his documentary style gave way to one that emphasized shape and color over pure representation. Despite exhibitions in New York and elsewhere, Wilson considered a small show at the public library in his hometown of Mayfield in 1947 to be "one of the high points" of his life. This catalog accompanies the first major retrospective of Wilson's paintings.
click to open popover

Pandora
5.0 out of 5 stars Local Art
10 July 2016 - Published on Amazon.com
Verified Purchase
I love Ellis Wilson's art. He is from my hometown, this book has a little local history. I like to just page through the book and look at his paintings.
Read more

Sarah
5.0 out of 5 stars Great gift!
30 January 2016 - Published on Amazon.com
Verified Purchase
Bought this as a gift and the recipient loved it.
Read more

Gail Willis
5.0 out of 5 stars Best Book I Ever Read About Ellis Wilson!!!
9 July 2000 - Published on Amazon.com
I really enjoyed this book. It is the best and only book I ever seen about Ellis Wilson and his art. If you are a big fan of his work like I am don't delay get this book right away!!!
Read more
3 people found this helpful

Sheila Y. Stribling
4.0 out of 5 stars Excellent book about art of Ellis Wilson
28 April 2000 - Published on Amazon.com
They don't have many books about Ellis Wilson. He is a wonderful black artist. He did not get his credit due.
Read more
3 people found this helpful
Go to Amazon.com to see all 4 reviews 4.8 out of 5 stars
Get FREE delivery with Amazon Prime
Prime members enjoy FREE Delivery and exclusive access to movies, TV shows, music, Kindle e-books, Twitch Prime, and more.
> Get Started
Back to top
Get to Know Us
Make Money with Us
Let Us Help You
And don't forget:
© 1996-2020, Amazon.com, Inc. or its affiliates