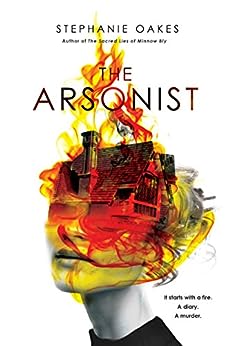 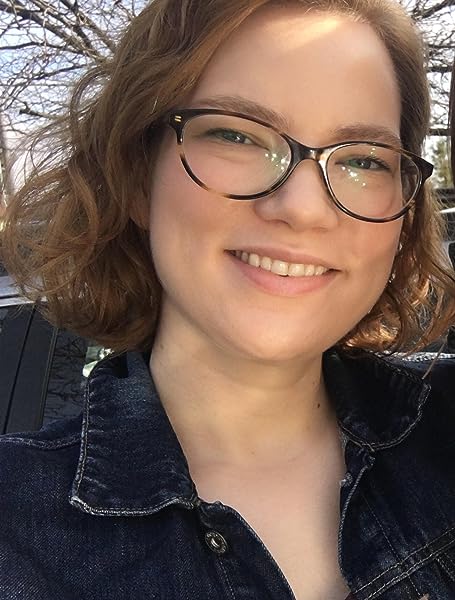 A ALA/YALSA Best Fiction for Young Adults pick Layers of narrative, lies, and family legacy make for a compelling, exquisitely crafted story.--#1 New York Times bestselling author E.K. Johnston The Arsonist scorches with intensity and fiercely good writing. An exceptional read.--Jeanne Ryan, New York Times bestselling author of Nerve This rich blend of history, intrigue, humor, and grief makes for page-turning storytelling.--BCCB The lives are of all three protagonists are inexplicably linked, but the suspenseful telling of this story ties everything together for a satisfying ending...definitely a page turner.--School Library Connection The complex plot is fraught with unlikely coincidences; dangerous confrontations, lies and secrets, and leaps back and forth in time...a page-turner.--School Library Journal --This text refers to the hardcover edition.

Code Name Verity meets I Am the Messenger in this riveting YA novel from Morris Award finalist Stephanie Oakes, in which three points of view are woven together in a story that's part Cold War mystery, part contemporary coming-of-age, and completely unputdownable. --This text refers to the hardcover edition.

Stephanie Oakes lives in Spokane, Washington, and works as a library media teacher at a combined elementary and middle school. She has an MFA in poetry from Eastern Washington University. Her first book, The Sacred Lies of Minnow Bly, was a Morris Award finalist and a Golden Kite Honor book. --This text refers to the hardcover edition.
Read more

4.6 out of 5 stars
4.6 out of 5
53 global ratings
How are ratings calculated?
To calculate the overall star rating and percentage breakdown by star, we don’t use a simple average. Instead, our system considers things like how recent a review is and if the reviewer bought the item on Amazon. It also analyses reviews to verify trustworthiness.

Janelle Dazzlepants
5.0 out of 5 stars A great lil historical fiction.....with added Pug
Reviewed in Australia on 25 October 2018
The Arsonist is a complex historical fiction with a family narrative at its core. It somehow manages to straddle the lines of mystery/thriller, historical fiction, and coming of age/contemporary, exploring the complex ways in which our lives intertwine with "strangers" and the impact we have on the lives of others.

I don’t often read historical fiction as I worry it’ll bore me, but this narrative is impeccably crafted and the threads linking our characters so elegantly woven. It seamlessly jumps from past to present day, and while you spend the majority of the book unsure how these characters could ever be tied together, it all unfurls perfectly by the end. It's also injected with humour from time to time - mostly in the form of an obese and utterly useless service pug by the name of Bertrand.

Jose Loera
5.0 out of 5 stars Mixed up review with other provider
Reviewed in the United States on 14 November 2020
Verified Purchase
The earlier review was intended for another seller, not this one.
I ordered The Arsonist from this seller and received the item early. It was as described and in great shape.
I was very happy with the seller.
Read more
Report abuse

Richard DELEO
5.0 out of 5 stars Enjoyed this book with great interest in the history along with the suspense!
Reviewed in the United States on 2 February 2018
Verified Purchase
This story starts off slow, then starts to deliver, so hang in there. Another story well written by Ms. Oakes. ThankYou! !
Read more
Report abuse

moonshadow
3.0 out of 5 stars Puzzling
Reviewed in the United States on 10 January 2021
Vine Customer Review of Free Product( What's this? )
“Puzzling” captures a host of things to do with this book. Its premise. The main characters and their choices. My reaction.

It has many of the attributes of an excellent YA book — good pacing, quirky characters, things that matter. The author writes well, and evokes mood and setting well. She is able to interlace storylines.

And yet, I had a hard time making it through this book. I could not get invested in the characters, which puzzled me. So I set it aside for some time, came back to it fresh, and even with that intervening time and distance, was not engaged. This book was a “miss” for me, but your teen may feel quite differently. As with all YA books dealing with tough or triggering subjects, I strongly encourage you to read this book before giving it to your teen.
Read more
Report abuse

A Mom with Kids and Fur Kids
5.0 out of 5 stars Fabulous Read --adventure, road trip, dog, mystery, fear and humor
Reviewed in the United States on 28 June 2017
Vine Customer Review of Free Product( What's this? )
I was intrigued but uncertain about THE ARSONIST so I trotted off to the library to get Stephanie Oakes' other book, THE SACRED LIES OF MINNOW BLY. MINNOW blew me away with it's great characters, superb writing, and unique story. I plowed through that book, but not before choosing this new one.

~
THE ARSONIST did not disappoint. In fact, it was even better. With MINNOW you saw the world from one perspective. In THE ARSONISTS three very different voices are present and they are all captivating. I loved Molly and Pepper. She is thoughtfully shown as someone seeking the truth and trying to retrieve her life from where her parents have seemingly destroyed it. Pepper is so funny and quirky that I had to share bits of his narrative with my husband. Pepper is snickering out loud funny at times.

And Ava. What to say about Ava's story. I didn't like her much but I clung to every word about her and her life in East Berlin. The author did an amazing job of creating tension and stress and bringing to life the horrors of living under that totalitarian government. It was gripping.

And this is why I now adore Oakes. There aren't many YA authors who can weave angst and humor together this well. In fact, when I finished ARSONIST I was in that fuzzy, real life is out of focus state that really good books leave you in. None of the characters were flat. Not even Margaret, Molly's cousin --and 3rd tier player-- who is there just to antagonize her.

~
THE ARSONIST has young characters but it's Adult at heart. The depth of the characters, the intricacies of the writing and plotting.... Honestly, I had no idea how this book was going to end.

**Candidate for one of slots in my personal Top Ten Reads list.
Read more
One person found this helpful
Report abuse

BeatleBangs1964
5.0 out of 5 stars Intense & Serious!
Reviewed in the United States on 21 June 2017
Vine Customer Review of Free Product( What's this? )
This book has every positive element you want in a novel. I don't really see this as a YA novel per se, although the two main living characters are seniors in high school and Ava Drayman, a teen born in 1972 in Germany is a large driving force that moves the story along at breakneck speed. Despite having a young cast of delightful and very plausible characters that you feel grow with you or vice versa, this is a very serious book that I highly recommend for any age reader.

This book is written from the perspective of three different characters with their own way of seeing things.

Molly Mavity, 17. She is the daughter of a convicted murderer who is currently on death row. Her mother's whereabouts are unknown and Molly never gives up the ship in hoping for her return. Since the age of 12, she has been raised by her cousin-in-law and is still trying to solve the mystery of where her mother vanished and the reason or reasons for said disappearance. She is a student at the Keller School, a special school for disturbed girls and her cousin Margaret, a major thorn in her side with a slew of psychological problems is also a Keller student.

Ibrahim "Pepper" Al-Yusef is a boy from Kuwait. He has a service pug named Bertrand because he has epilepsy, but the curly tailed dog is not very helpful. Bertrand, as typical of pugs is very cuddly and would rather cuddle than work. Pepper faces an additional challenge of having to write several essays in order to remain in school. Fortunately his three best friends lean on him to stick with school and it is plain that these three very different boys, each with his eyes on success care about Pepper and are really good for him. Sadly, a girl named Petra, a girl who catches Pepper's interest uses him and betrays him. His astronomy based analogies are very interesting and speak to a strong intelligence base. Like Molly, he his motherless. Pepper's mother died in childbirth due to an oil explosion in Kuwait the day he was born. Pepper and his father since emigrated to the United States and he has a very curious tie to Molly. Their paths intersect under very bizarre and curious circumstances.

Ava Dreyman, 17 a fiercely independent girl from East Germany who was a freedom fighter who was killed in 1989. Her efforts and subsequent murder led to the destruction of the Berlin Wall. Her story begins in 1986, three years before the demolition of the Wall. She lives in the GDR (German Democratic Republic, the former East Germany) and her life, like those of Pepper and Molly include danger by fire. Her life also includes armed guards who patrol the Wall and impose a very strict curfew on minors after a certain hour.

Somebody sends Molly a mysterious package. The contents of that package brings her in contact with Pepper and directs her toward Ava's murder. Who sent the package? What were the contents? And did whoever send it know Ava personally and/or have a hand in her death? Will the two unwitting sleuths unravel this set of mysteries? Did whoever send the package know that fire is the common link that brought these three very different kids together? Will they, too die at age 17 like Ava? And are Molly and Pepper in danger?

This is an excellent fast paced read that will keep readers' interest from start to finish. Despite the very serious themes, the author has managed to write with a light, deft touch and insert levity in places. This book is also about the continuum of time and space - could Ava have in any way been involved with anybody who could currently endanger Molly and Pepper?

This is a very riveting book that is impossible to put aside once having started. I cannot recommend it enough. It gives a good history of Germany before the Berlin Wall became history in November of 1989 and it also gives a more than a cursory glimpse into the Gulf War of the early 1990s. Each one of the characters from the main characters to those less prominent give the story meaning and voice. I cannot recommend this book highly enough.
Read more
Report abuse
See all reviews
Back to top
Get to Know Us
Make Money with Us
Let Us Help You
And don't forget:
© 1996-2021, Amazon.com, Inc. or its affiliates