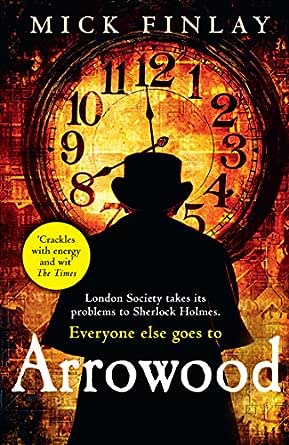 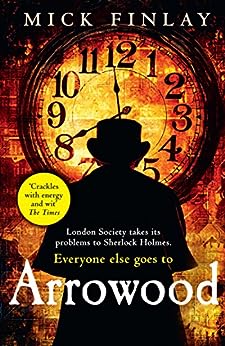 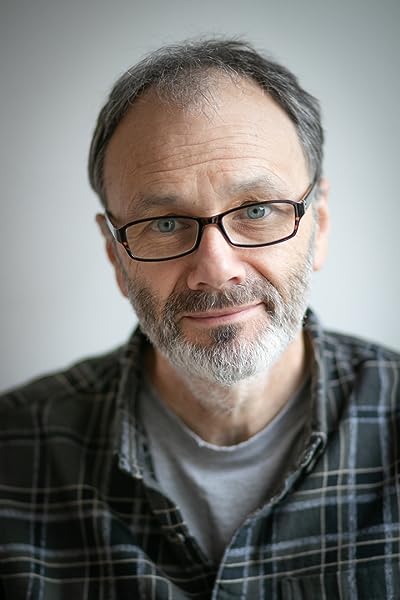 ‘A fantastic creation’ The Spectator

‘Arrowood feels… like he's always existed, we're only now being treated to an introduction. Mick Finlay's atmospheric, detailed, singular London is a terrifying place I hope to return to again and again.’ Ross Armstrong, bestselling author of The Watcher

‘If you ever thought the Sherlock Holmes stories might benefit from being steeped in gin, caked in grime and then left unwashed for weeks…Mick Finlay’s 1895-set detective debut is for you.’ Crime Scene

‘A book with enough warmth, charm, humour, and intrigue to signal the start of an excellent new series.’ Vaseem Khan, author of The Unexpected Inheritance of Inspector Chopra

‘Stunningly dark and atmospheric crime debut. This is a story that packs a powerful punch. With murder, intrigue, dark humour, compelling characters and an extraordinary backdrop, it’s to be hoped that Arrowood is just the opener for a thrilling and original new series.’ Lancashire Evening Post

Mick Finlay was born in Glasgow and grew up in Canada and England. He now divides his time between Brighton and Cambridge. He teaches in a Psychology Department, and has published social psychological research on political violence, persuasion, and verbal and non-verbal behaviour. Before becoming an academic he worked as a tent-hand in a travelling circus, a butcher's boy, a hotel porter, and in various psychology-related roles in the NHS and social services. He reads widely in history, psychology, and enjoys a variety of fiction genres (including crime, of course!).

4.3 out of 5 stars
4.3 out of 5
140 global ratings
How are ratings calculated?
To calculate the overall star rating and percentage breakdown by star, we don’t use a simple average. Instead, our system considers things like how recent a review is and if the reviewer bought the item on Amazon. It also analyses reviews to verify trustworthiness.

Andrew Cooke
5.0 out of 5 stars Great read and a new take on Victorian murder mystery
Reviewed in Australia on 23 October 2017
Verified Purchase
Great book I couldn’t put down with a great plot. Thanks Mick Finlay, look forward to the next book with Barnett and ‘the guvnor’!
Read more
Helpful
Report abuse
See all reviews

Judi
4.0 out of 5 stars Good, but lose the Americanisms please - and more description too
Reviewed in the United Kingdom on 27 June 2018
Verified Purchase
It's an ok historical novel. I enjoyed reading it. Arrowood and Barnett are great characters, as is Ettie (and her church ladies). It will be interesting to see how they develop as the series progresses. I can see that at some point, our heroes are almost sure to have to join up with Sherlock Holmes in some case or other - you can see it coming a mile off.
Having said that, I had a few issues with it. Firstly, it needs a UK editor. If it has had one already, then they need demoting! The text is scattered with non-UK words that grate on a British reader. For example, at one point, a character is chasing someone (through Victorian London, remember) and they run to 'an intersection' (junction, crossroads); a bowler hat is repeatedly called a derby (the US name); an attic room is described as a 'garret'. I could go on, as there are lots more examples, but you get the point.
I would have liked more description. It's true that the writing already conjures up a murky old London, which is good, but there is a dearth of actual description. Maybe that's just me. I also get the feeling that the author has found as many facts about Victorian London as possible and has then squeezed them into the story just to show how well read he is. I can see how it's a good idea to be accurate, but here you can see the joins where he has put something in. Having said all that, I have pre-ordered the next in the series. This would make a great TV series.

'Fountain Pen'
4.0 out of 5 stars Yes, very good
Reviewed in the United Kingdom on 28 September 2018
Verified Purchase
We've seen private detectives with chaotic personal lives before, but none quite like Arrowood. He's a marvellous creation, at the other end of the spectrum from the likes of his bete noir, Sherlock Holmes. Somehow, Arrowood's frequent outbursts about Holmes never become tiresome.
In contrast to the spookily gifted Holmes, Arrowood is very human. We see his and the protagonist, Barnett's, failings and their private sorrows, both as people and as detectives. As a result, they are both thoroughly likeable characters. The redoubtable Ettie, meanwhile, forms a quirky and quite original combination of bossy-boots and latent love-interest.
The plot is cleverly constructed - nothing seems to be going right for the pair, yet somehow, in the end, it all makes sense, although Arrowood's skill at understanding the psychology of his enemies only narrowly succeeds in lending plausibility to the otherwise questionable last-but-one chapter.
Southwark, with its seedy alleys, its poverty and its drunkenness, is graphically portrayed, while the dialogue, without ever being brilliant, works well.
Ignore the few bad reviews, this looks like being a good series with an eccentric and opinionated but admirable and somehow-talented hero.

CJ & JD Bailey
5.0 out of 5 stars Arrowood (An Arrowood mystery, Book 1)
Reviewed in the United Kingdom on 17 March 2019
Verified Purchase
A really good read! Very good how the fictional Sherlock Holmes is drawn in to this story and how Arrowood disputes the fact that Holmes is a genius. Loved how this story had shades of Ripper Street and Charles Dickens in the mix with young Neddy. The relationship between Arrowood and Barnett is so well described. The whole book really evokes the life of the late Victorian era, the hardships that so many people endured. Wonderful. Have downloaded the next book and hope there will be more stories of William Arrowood and Norman Barnett to come.

Steve bailey
4.0 out of 5 stars Arrowood is a really good novel. The story takes place in the same ...
Reviewed in the United Kingdom on 6 March 2018
Verified Purchase
Arrowood is a really good novel. The story takes place in the same fictional universe as Sherlock Holmes but Holmes himself doesn't appear. The London portrayed owes more to Arthur Morrison's brutal Jago than the sanitised London offered in Conan Doyle's Strand stories - which is a really clever meta-fictional aspect to this novel. Arrowood, the down-at-heel detective protagonist, hates Holmes and is convinced he's basically a charlatan. The ultra-realistic poverty and grime of the story makes you as a reader question the Holmes stories which are always so 'cozy' in their presentation (the novel has the conceit that the Holmes stories that we know appear in the Strand as reportage by Dr Watson).
Finlay presents a convincing range of characters and, more crucially, there's a really well realised sense of place. This is the first of a series and it's a certainty that I'll read the second book.
Read more
One person found this helpful
Report abuse

Helen Scott
5.0 out of 5 stars Enjoyable
Reviewed in the United Kingdom on 13 April 2020
Verified Purchase
Well poor old Arrowood is not hansom, not witty, and nothing so wealthy as his hated counterpart Sherlock! Still the story is addictive, fast moving, and whilst Arrowood is a grumpy old fart, his sister being a good reason for it, he seems able to get her and her friends involved in a fight! Whilst he would protect her sensibilities, she keeps telling him, she is more versed about life than he realises! A good read, a few smiles and I will reading more of his adventures.
Read more
One person found this helpful
Report abuse
See all reviews
Get FREE delivery with Amazon Prime
Prime members enjoy FREE Delivery and exclusive access to movies, TV shows, music, Kindle e-books, Twitch Prime, and more.
> Get Started
Back to top
Get to Know Us
Make Money with Us
Let Us Help You
And don't forget:
© 1996-2020, Amazon.com, Inc. or its affiliates