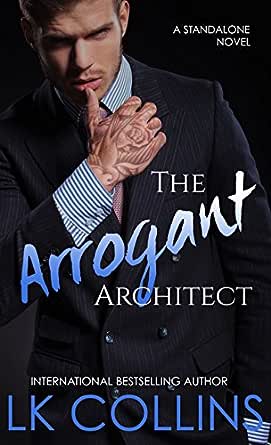 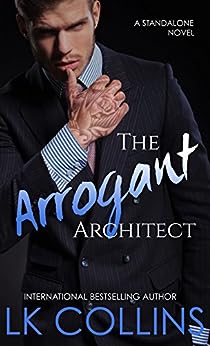 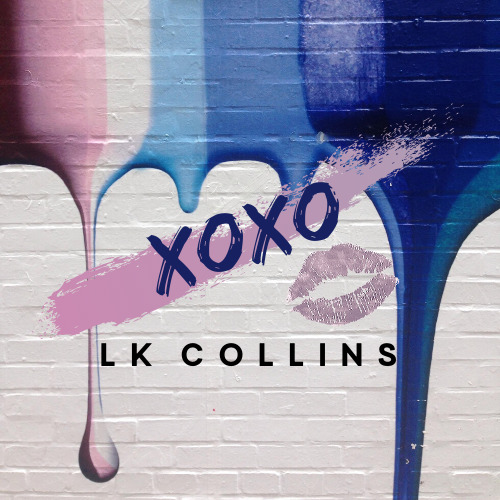 3.5 out of 5 stars
3.5 out of 5
12 global ratings
How are ratings calculated?
To calculate the overall star rating and percentage breakdown by star, we don’t use a simple average. Instead, our system considers things like how recent a review is and if the reviewer bought the item on Amazon. It also analyses reviews to verify trustworthiness.

dc
5.0 out of 5 stars Emotionally,heartfelt,love story !
Reviewed in Australia on 7 September 2016
Kingsley AKA King has been dubbed as a genius of the architectural world,anything he touches turns to gold,and being a successful as he is he's work is his number one priority.he doesn't have time to date or deal with the slew of women that gawk at him just because of his perfect face and chisled body.plus no one has interested him enough to give as s***,until the smart mouthed Every Adams AKA Ever wakes up to the noise of him restoring the building next door too hers.Ever like king doesn't have time or the desire to date,she's been through so much,so when she meets king she can't help but want nothing at all to do with arrogant asshole.for one they share nothing in common,for another He's a pompus,cocky,and throws his money around as if that will win her heart.he's crazy,controlling,but when King sets his mind to something he accomplishes it always has,always will.Ever is biggest challenged he's faced,but will she bed only person he can't impress ? can King win her over ? all the while hiding who he really is ? loved storyline,characters,loved king and Ever's sexual attraction,was off the scale,he was trying to buy her love and affection,which she hated,I did too,a revelation is uncovered which broke my heart put it back together again.book past my expectations and so much more well done LK Collins on an emotionally,heartfelt, love story !
Read more
Helpful
Report abuse

Angela Hayes
TOP 500 REVIEWER
5.0 out of 5 stars I knew I was going to love every word
Reviewed in Australia on 22 September 2016
5 Stars

The Arrogant Architect is a standalone novel, by the very talented L.K Collins. It is a modern romance that has a lot going for it… and packs a lot of ‘heat’ in its pages.
I have not read any of L.K Collins books before, but when I read the blurb for this book, I knew I was going to love every word. Ms Collins has produced a really enjoyable and unforgettably good story.
Everly Adams (Ever) is very career driven, she takes her job as a chef in a popular restaurant very seriously. Her job and her co-workers are her life. She is also incredibly close to her father. Since her beloved mother died 6 years ago, Everly knows he hasn’t been able to move on at all and is still grieving. They both are. The pain of losing her mother, shadows Evers days and torments her nights.
Normally sweet, calm and composed, Ever finds herself thrust into a much feistier disposition- when someone starts remodelling the building next door. Being jolted out of bed by the noise of construction first thing in the morning, is bound to sour anyone’s day and Everly is livid. She storms next door to confront the owner and give him a piece of her mind. He turns out to be the most arrogant, pompous, cocky a***ole she has ever had the displeasure of meeting. She can’t stand him at all and ends up storming off, deciding she wants nothing at all to do with him.
Kingsley Lennox (King) has been dubbed a genius in the architectural world. Highly successful, everything he does is incredibly lucrative. His work is his prime concern- he doesn’t have time for dating and relationships, and anyway, they don’t interest him at all. So when the smart mouthed, sassy and incredibly sexy vixen from next door storms into his life and challenges him, like no one else has ever done before- he is completely tantalised… and turned on. He always gets what he wants and King wants Everly-Badly! He will go to any lengths to accomplish that.
His obsession with her verges on ‘stalking’, lavishing her with over the top and extremely extravagant gifts, which only infuriates her more. Does he really think that throwing his money around, will impress her. He must be crazy.
He brings out the worst in Everly, she is the first to admit (if only to herself) that she is acting very immaturely and irrationally whenever he’s around.
Everly is furious with herself for starting to fantasize about the controlling, dirty talking, hunk of sexiness. Will King be able to win her over, or will she be the only person that he is unable to impress? Will she finally give in to her desire?... And Can she accept him after the truth of what he has been hiding, is finally revealed?
Reading this book had me on a rollercoaster of emotions- it had me nibbling my lip in anticipation at times; then wiggling in my seat to try to extinguish the blaze in my panties; laughing out loud in parts and then breaking out the tissues a few minutes later.
As I suspected, I really loved this book….. Ms. Collins has certainly delivered the goods, with this story. She has written a story and characters that compelled me to want to know more. The sexual attraction was really off-the-charts in the ‘sizzle factor’.
There was strong character development, which made it easy for me to connect with the characters and the story. This book is a standalone and ends with a H.E.A.
I will definitely be reading more from L.K Collins.
I really recommend this Ah-maze-ing book!

LK knows how to write a story essentially grabbing you and taking you on a ride .
Read more
Helpful
Report abuse
See all reviews

Allie York
5.0 out of 5 stars 5-amazing, artful, and angsty stars
Reviewed in the United States on 29 August 2016
Verified Purchase
LK Collins is one of those authors that I click without a second thought. I don't need to read the blurb, although I read this one to excess, and i know that the ride I'm being taken on at the hands of a fictional world will be one I don't come back from. The Arrogant Architect was no different. When the end came, I had to blink back to reality and wipe the tears from my eyes.
Kingsley Lennox and Everly Adams. Polar opposites with no reason to even cross paths. Kingsley AKA King is an architectural genius. He's got the magic touch that turns every project into solid gold and has the arrogance to match. But King is hiding something and hiding it well. Everly AKA Ever is career driven, focused, and still in an immense amount of pain from the loss of her mother. Neither King nor Ever has the time for a relationship, neither needs the distraction, and neither wants it. But a huge project brings them together and it's not pretty. Ever is having enough trouble without being shaken from her own bed by construction being led by King. King is cocky and demanding. Ever is sassy and stubborn. More than their opposing character traits, Ever hates King, and hates herself for finding him so sexy. But King is not the kind of man to back down from a challenge. He's forceful, arrogant as hell, and 'demanding' is an understatement. Ever is not impressed, until she is. The love/hate tension is thick and tangible. The faults and weaknesses of these characters made this couple so complex, so perfect. Ever's constant vortex of suffocating pain and King's impulsiveness come together masterfully. When I closed my kindle I had to remind myself that the real, raw emotion i just read was a work of art and not real life.
Congratulations, Ms. Collins, another amazing, moving, and incredibly sexy triumph. I always say when a book makes me cry, the author has done their job, but this book took it further. I laughed and cried in the same chapters, not to mention the sighs of swoony contentment. I truly cannot wait to see what comes next.
Read more
One person found this helpful
Report abuse

Kindle Customer
3.0 out of 5 stars Entertaining read despite the rather detestable hero
Reviewed in the United States on 30 April 2017
Verified Purchase
The beginning and ending were fairly interesting, but in between the book seemed to just plod along a little.
While I liked the heroine despite her acting somewhat doe-eyed more often than not, I simply couldn't connect with the hero at all. That she could fall for someone as self-centered as him doesn't really speak so well of her, either...
The subplot between her father and his aunt was interesting, and perhaps could've been developed a little more, too.
All in all, though, the author does know how to tell a story, and the book was quite entertaining despite these minor shortcomings.
This would be my detailed review:
Heroine: 4 stars
Hero: 1 star
Plot: 3 stars
Writing style: 5 stars
Romance: 4 stars
Sensuality: 4 stars
Ending: HEA and no cliffhanger
Read more
Report abuse

CDBall
5.0 out of 5 stars I love love stories!!!
Reviewed in the United States on 1 September 2016
Verified Purchase
I FLOVE hot, dirty, sexy, and HEAs books and this one fit the bill! I loved BOTH characters. King was SOO awesome - trying to get Ever to notice him. At first, I felt like Ever was a little too rough on King, but it all worked out in the end so I chalked it up to Ever's grief. I loved these two so very much. I could have read 5 more books about their story.
Read more
Report abuse

Randipc
3.0 out of 5 stars Good book
Reviewed in the United States on 30 August 2016
Verified Purchase
I did enjoy this book. I was pulled between 3 and 4 stars. Mainly because , I felt it was missing something, but not sure what. The writing was excellent, the connection between Ever and King was good. Maybe the story needed more build up?
Read more
Report abuse
See all reviews
Get FREE delivery with Amazon Prime
Prime members enjoy FREE Delivery and exclusive access to movies, TV shows, music, Kindle e-books, Twitch Prime, and more.
> Get Started
Back to top
Get to Know Us
Make Money with Us
Let Us Help You
And don't forget:
© 1996-2020, Amazon.com, Inc. or its affiliates