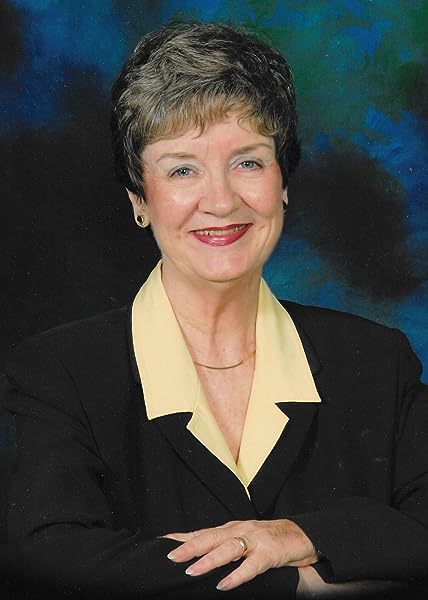 by Lyn Stone (Author)
4.5 out of 5 stars 5 ratings
See all formats and editions
Sorry, there was a problem loading this page. Try again.

Which Was The True Jonathan Chadwick?

The childlike innocent or the sophisticated cynic who despised society? Whatever the man's mysteries, Kathryn Wainwright was determined to uncover them. Especially when her incessant questions uncovered a passionate soul that she found herself helpless to resist.

Jonathan Chadwick swore there could not exist a more maddening woman than Kathryn Wainwright. The cheeky writer for an outrageous gossip sheet seemed hell-bent on destroying him. And the desire that flared between them was becoming impossible to ignore!

Lyn Stone studied art and worked in Europe while she visited the places she now writes about in her historicals. It was when she was working as an illustrator that she had the idea of trying to freelance romance novel covers. But, while studying the market on covers, she became firmly hooked on the contents of the books and decided to try writing instead! Lyn loves to hear from her readers and can be contacted via her website guestbook at: www.eclectics.com/lynstone

Start reading The Arrangement on your Kindle in under a minute.

Mystery and suspense always claimed a place in Stone’s novels because danger and enforced proximity lend an edge and conflict to a relationship! Everyone loves a protective hero. However, often it’s the heroine who saves the hero’s bacon in her books! Strong women and warrior type guys abound in her family, so she finds plenty of inspiration for the attitudes of the characters.

Stone’s genre has changed with the latest novel, The Mayhurst Murder. This one is a mystery written as L. J. Stone. If you want a steamy romance with a dash of danger, choose one she has written as Lyn Stone. Her books are available on Amazon.com and other online book stores.

Stone began a writing career with a mystery/romance, The Wicked Truth, in 1997 and has since written over thirty traditionally published novels and novellas. These books have been translated into sixteen languages for readers around the globe and she is a winner of the coveted Maggie Award for Romantic Suspense presented by the Georgia Romance Writers.

A few former occupations include draftsman, illustrator, historical painter and portraitist. Art is now relegated to a hobby because “writing is such fun.” Stone is a native of Georgia, lived in Texas and Germany, traveled across the U.S.A. and most of Europe and currently resides in Alabama.

Ama Lorna
5.0 out of 5 stars Unlikely Hero
Reviewed in the United States on 28 December 2013
Verified Purchase
This was the first time I have read anything from this author. The actions of the hero at the start (pretending he was his own mentaly challenged brother) should have made him unlikeable. However Ms Stone was able to make him not only likeable but endearing it was a fun read
Read more
Report abuse

pat howie
4.0 out of 5 stars The Arrangement
Reviewed in the United States on 29 December 2012
Verified Purchase
This was a very well written book and once you started reading it it was difficult to put down - I thoroughly enjoyed the book but then I always enjoy books written by Lyn Stone
Read more
Report abuse

LaRayne Spiczka
5.0 out of 5 stars Book Purchase Review
Reviewed in the United States on 13 October 2009
Verified Purchase
This book arrived quickly and was as described in the listing. I am very pleased with my purchase and would purchase from this seller again.
Read more
Report abuse
See all reviews