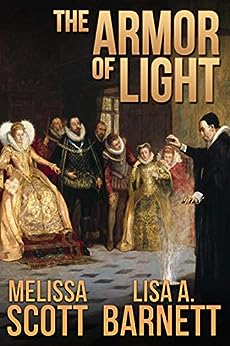 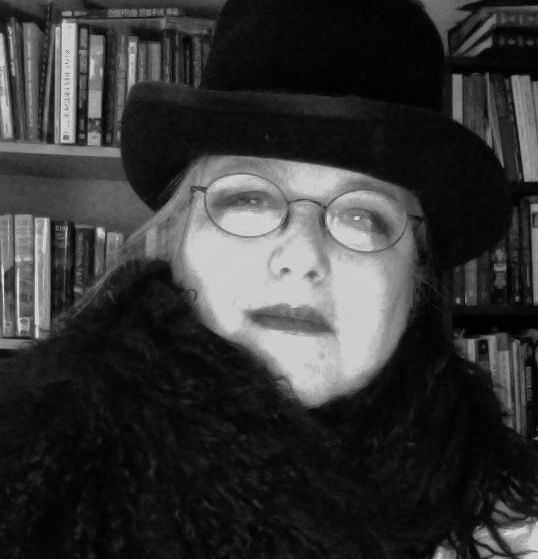 The Armor of Light Kindle Edition

by Melissa Scott (Author), Lisa A. Barnett (Author) Format: Kindle Edition
See all formats and editions
Sorry, there was a problem loading this page. Try again.
A Battle of Wizardy From a History Not Quite Our Own...

GOD SAVE THE KING OF SCOTLAND
The heavy summer air of 1593 is full of portents for Elizabeth, England's Queen, and James VI, King of Scotland. A coven of witches secretly controlled by the Wizard Earl of Bothwell has summoned a storm to sink the ship that bears James' bride to Scotland. Though the ship made port, the success of their summoning has emboldened them; the coven is now launching wizardly attacks on the King himself — and James is terrified.

FROM SATAN'S WIZARD EARL
The King has protectors — not least the Queen of England herself — but not even Elizabeth's secret service and her champion, the redoubtable Sir Philip Sidney, can be on watch every instant. Eventually a trap is sprung, and King James is at the mercy of the satanic Bothwell's deadly spells...
Read more
Previous page
Next page

Melissa Scott was born and raised in Little Rock, Arkansas, where she discovered science fiction as the direct result of breaking her arm during junior high gym class. She was banished to the library, and there the assistant librarian suggested she might enjoy “what’s his name, Heinlein - or that Andre Norton guy.” He was right. She devoured everything available at school, and then discovered the collection created by the Little Rock Public Library’s À Son Goût Trust, which had been established to purchase “books people like to read” — SF, fantasy, and Westerns

Scott studied history at Harvard College, where she was involved with the now-defunct college-sanctioned SF ‘zine that spawned the Harvard/Radcliffe Science Fiction Association, and was introduced to a new round of SF, particularly media SF — like Dr. Who — that had been unavailable in her home town. After graduation, she was admitted to Brandeis University’s comparative history program, and also sold her first novel, The Game Beyond, quickly becaming a part-time graduate student and an — almost — full-time writer. She earned her PhD from Brandeis with a dissertation titled “The Victory of the Ancients: Tactics, Technology, and the Use of Classical Precedent.”

Over the next twenty years, she published eighteen original novels and a handful of short stories, as well as tie-in novels for both Star Trek: Deep Space Nine (Proud Helios) and Star Trek: Voyager (The Garden). She won the John W. Campbell Award for Best New Writer in 1986, and won Lambda Literary Awards in 1994 for Trouble And Her Friends, 1995 for Shadow Man, and again in 2001 for Point of Dreams, the last written with long-time partner and collaborator, the late Lisa A. Barnett. Scott has also been short-listed for the Tiptree Award, and won a Spectrum Award for Shadow Man.

During Barnett’s struggle with breast cancer, and for several years after her death in 2006, Scott focused on short fiction. She returned to longer work in the summer of 2009, when good friend and fellow writer Jo Graham invited her to participate in a new project: Legacy, an eight-book series of tie-in novels for Stargate: Atlantis, to begin where the fifth season had ended. Scott was immediately hooked by the idea, and she, Graham, and Amy Griswold completed the project with the release of Stargate Atlantis: The Third Path. Scott and Graham also began a new series of adventure novels, The Order of the Air, set in the 1930s, featuring aviation, magic, and secrets hidden in plain sight. Scott and Griswold also teamed up for fantasy novels Death By Silver and A Death at the Dionysus Club, which are gay Victorian murder mysteries with magic (or fantasies with murder). Scott and Griswold won another Lambda Literary Award for Death By Silver. Scott has also returned to the world of Astreiant to continue the acclaimed Points series, and is continuing her original science fiction and fantasy.

Scott currently lives in North Carolina, where her living room overlooks a pond filled with alarmingly active and carnivorous turtles.

Josie Boyce
4.0 out of 5 stars Magical Elizabethan fantasy
Reviewed in Canada on 9 April 2019
Verified Purchase
What if Phillip Sidney and Kit Marlowe not only survivef their historical deaths, but were wizards? great court intrigues and magic doings in this ahistorical history.
Read more
Report abuse

Furio
3.0 out of 5 stars a near hit
Reviewed in the United States on 27 November 2008
Verified Purchase
As many other alternative history works of fiction this book is set in England during the reign of Elizabeth the Great. It was the brightest and yet the most putrid age of British history, a time when history itself could have changed its course: it did, but unfortunately only to a certain extent.
It cannot be a mere chance that so many authors choose this age for their alternative history novels: so many opportunities to make the western world a different place have been wasted then.
(One could add, cursorily, that many fantasy novels seem to be set in an Elizabethan-like kingdom).

These authors seem to have done their research. They give many details about everyday life but they do not overindulge, except perhaps where clothes are concerned; every other real life reference is functional to plot and characterization, not a mean feat indeed.

The plot is interesting, sensible, well contrived. Characters are not as satisfying: Elizabeth is adorable (for a harridan) but everyone else is either shallow or unremarkable or inconsistent or obnoxious for some reason. Sidney is far to obsessed with his protestant faith to be likeable; Marlowe, it goes without saying, could have been a great character but he is such only at times; James is not too bad. All the others play choir when they should have been side kicks. Villains are essentially non existent so that the main characters' very personal demons end by being more interesting.

Writing is professional but not distinguished: several passages are rich of humour or interesting in some way, but there are also problems: the constant shift of POV never signalled by a new paragraph; the constant shift of language register within the same utterance of the same character; some inconsistencies; a wrong use of pluralis maiestatis; some outright grammar mistakes.

Marlowe is a gay character (James is too even if he seems devout to Queen Anne) so gay sex is mentioned but never graphically. The book can be considered safe for teens but I doubt many of them will be interested in the several moral and metaphysical digressions.

This is a nice read, enjoyable and out of print: I recommend you buy it if you find it in some second hand bookstore.
Read more
6 people found this helpful
Report abuse

AMB
5.0 out of 5 stars Maybe my favorite...
Reviewed in the United States on 13 June 2014
Verified Purchase
I have long been a fan of Melissa Scott's original take on SF&F, and this was one of her first forays into the historical fantasy genre and a complete success: a very original story both engaging, full of great historical references for the history lover and a highly recommended page-turner even for people like me who know next to nothing about the Elizabethan period!

Indeed, all her collaborations with Lisa A. Barnett (see also the on-going Astreiant series) are excellent, but this one book may very well be my favorite, populated with lots of interesting and realistically depicted historical figures in a slightly alternate universe, and I just realized that it is finally available as an ebook! It even has a new, nice cover which is both reminiscent of the original paperback cover but of better quality overall and manages to be quite appropriate to the storyline, which is always a plus.

I was so happy to see it in digital format that I snatched it right away so I can now re-read it on my Kindle whenever I want: it is very encouraging to see some older, more (unfairly) obscure works being digitalized, not just the latest shallow bestsellers!