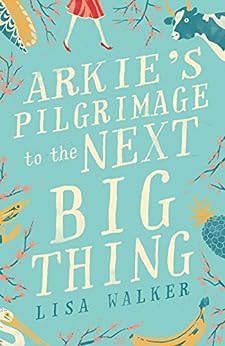 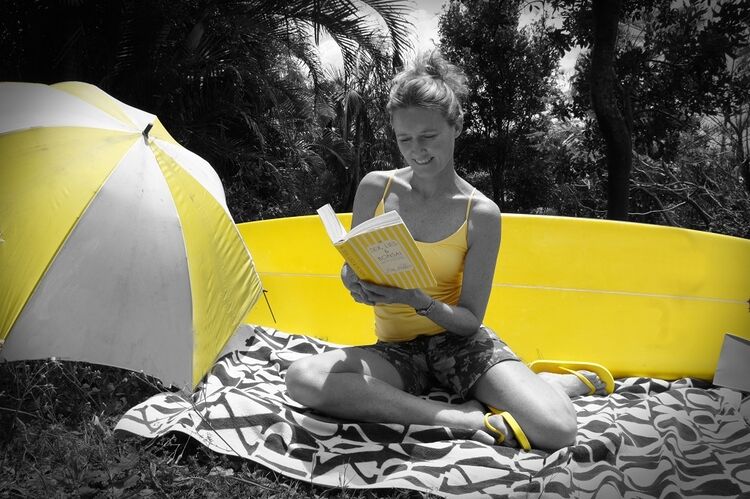 Arkie's Pilgrimage to the Next Big Thing Kindle Edition

by Lisa Walker (Author) Format: Kindle Edition
See all formats and editions
Sorry, there was a problem loading this page. Try again.
A delightfully funny and inspiring novel about a very modern pilgrimage, and one woman's chance to rediscover what she's lost.'I watch the highway go by and ponder my situation. I am on the run from my husband's divorce lawyer, my mojo is still missing in action and my demon ex-lover is lurking . . . But, all things considered, my pilgrimage is going well . . .'Arkie used to be a trendspotter, running a successful business advising companies on 'the next big thing'. Until she lost her marriage and her mojo along with it. Her eccentric new friend Haruko suggests a pilgrimage in Japan. But funds are tight, so instead Arkie's going on a very Australian trip, to all the 'Big Things'. With Haruko as her guide, magic is everywhere. A Buddha appears next to the Big Redback, the Big Macadamia rises from the jungle like a lost temple and inside the Big Shell she can hear a tinkling voice, reminding her of the child she never had. As her improbable adventure unfolds, realisation dawns: could it be that, despite her celebrated foresight, Arkie's been missing what was right before her eyes?
Read more
Previous page
Next page

A delightfully funny and inspiring novel about a very modern pilgrimage, and one woman's chance to rediscover what she's lost. --This text refers to the paperback edition.

Lisa grew up in Fiji and Brisbane. She has worked as a cross-country ski instructor, igloo builder, Nepal trekking leader and reef guide. She now works part-time at Northern Rivers Writers Centre.

She was a winner in the 2005 ABC Short Story competition and her travel articles and short stories have appeared in publications such as Geo Australasia and Outdoor Australia. Her radio play, Baddest Backpackers, was broadcast on Radio National.

Lisa lives on the north coast of New South Wales, dividing her spare time between writing and surfing on her Malibu. --This text refers to the paperback edition.

Lisa's new novel is 'Trouble is my Business', which is the sequel to 'The Girl with the Gold Bikini'. She is also the author of the young adult novel 'Paris Syndrome' and romantic comedy 'Melt', both published in 2018, as well as 'Sex, Lies and Bonsai', which was released in the US and UK in 2018. Other novels are 'Arkie's Pilgrimage to the Next Big Thing' and 'Liar Bird'. Her radio play 'Baddest Backpackers' was produced for ABC Radio National in 2008 and she has won several short story awards. She grew up in Fiji before moving to Australia. She has worked as a wilderness guide and environmental communicator and now lives on the north coast of New South Wales, Australia

Alex Lehmann
3.0 out of 5 stars Loved it but mixed rating
Reviewed in Australia on 29 March 2015
Verified Purchase
Loved it but mixed rating. I really enjoyed reading it, with its east coast Australiana setting which i could relate to. I could dig and understand Arkie as I have made similar life mistakes myself. I loved her gift of generating trends and languaging and imagining them. I found her young Japanese friend very amazing too very mysterious and charmed. the characters met while on the pilgrimage were interesting and realistic – but not done in enough depth (have done similar trips myself, gotten way deeper in with the chance characters met on the way). Miss the blow–by–blow struggle of a real pilgrimage: it needed a stronger sense of waking up each day and a bit more planning and structure. And it was a bit too short to be a real pilgrimage, plus I think there should have been a route map – I felt they were jumping all over the place but maybe I’m wrong about that. i love stories of road trips for the sense of intimacy they generate. And here’s the major flaw as I see it: it had some almost deep moments but overall it was too superficial. I wanted Arkie to have a fling with Haruko. And for their friendship to penetrate the clichéd ‘asian stone facedness’. I wanted the book to have explicit sex scenes, not for the sake of getting sexual thrills myself (am well covered in that department!) but to keep up and deepen the sense of intimacy in a bodily dimension. The relationship of Arkie and her husband Adam remained superficial, although the author did make some efforts here. Having been married several times myself I felt their relationship was too superficial. The book argues that married couple know little about each other, but that it is exactly the problem. That’s why most marriages break up, and that is exactly the opportunity offered by a split: to get back together on a deeper level. There was no deeper level just playful banter. The author has real ability but has not really REALLY let go with all that she has got. Possibly (I’m guessing) the author needs to go way deeper inside herself so that the reader can get more out of it. Consequently the overall impression is weaker and less memorable than it could be.
Read more
Helpful
Report abuse

Tim
5.0 out of 5 stars Loved it!
Reviewed in Australia on 30 January 2015
Verified Purchase
Loved it!
Read more
Helpful
Report abuse

Shelleyrae
4.0 out of 5 stars Quirky contemporary novel
Reviewed in Australia on 11 February 2015
A quirky tale with a hint of magical realism, Lisa Walker's third novel, 'Arkie's Pilgrimage to the Next Big Thing' is the story of one woman's search for all the things she has lost....including herself.

“I am forty-one years old but perhaps it is possible … Can my life begin again?”

A year ago, Arkie Douglas's life fell apart. Her husband left her when Arkie confessed to an affair, and shortly after her business failed, her trend forecasting mojo having deserted her. It's New Year's Eve and Arkie is waiting on a deserted platform in Byron Bay planning to throw herself under the next passing train when a young Japanese woman carrying a briefcase and a surfboard, strikes up a conversation. Despite herself, Arkie is intrigued by Haruko Iida and excited when she recognises her own brand of trend spotting magic in the twenty year old. Abandoning her plans for suicide, Arkie convinces Haruko to work with her, hoping to recover her career.

"Pilgrimages are so hot right now. I think they are the Next Big Thing."

The idea is Haruko's, suggesting society is ready for a resurgence of spirituality, self discovery and simplicity. Arkie enthusiastically embraces the idea but traveling to Japan is out of the question, so instead she proposes a journey closer to home, a pilgrimage to Australia's 'Big Things'. Traveling by train, bus and on foot, while avoiding the Yakuza and Arkie's ex husband's divorce lawyer, Arkie and Haruko set out their unusual pilgrimage in search of the Next Big Thing.

From the Big Redback Spider, to the Big Banana and the Big Prawn, Arkie and Haruko look past the peeling paint and wire fences to find the beauty and meaning in the outsized icons. Their adventure is blessed by the Shinto Gods and smiling Buddha's found in unlikely places, but they face challenges on the 'yellow brick road' along the way. Arkie in particular is forced to reflect on the root causes of her present unhappiness and look closer to home for fulfilment .
I enjoyed traveling to the Big Things with Arkie and Haruko, I have visited a few in my time. In fact the town where I live is home to The Big Oyster. It was once a restaurant, housing a roadside cafe underneath for highway travellers heading North, but the bypass forced its closure and the site was redeveloped, so now the Big Oyster is empty, presiding over a car dealership.

Truthfully Arkie doesn't engender a lot of sympathy, she is self absorbed and a confessed adulterer, but I could sort of relate to the questions she is struggling with. Her life has imploded and she is lost, looking for a way to regain her equilibrium.
Haruko is an unlikely spiritual guide in the guise of a quirky, hip Japanese girl. An enigmatic character with an ethereal quality, she is self possessed with a talent for reinventing herself.

Arkie's Pilgrimage to the Next Big Thing is an offbeat, sometimes surreal, contemporary novel that will have you reminiscing about your last visit to one of Australia's 'Big Things' and perhaps yearning for your own spiritual road-trip.
Read more
Helpful
Report abuse
See all reviews

Dog loving realist
5.0 out of 5 stars Very perceptive
Reviewed in the United States on 9 August 2015
Verified Purchase
Charming story with a nostalgic look back at a more naive Australia from a contemporary perspective. Characters were realistic, flaws and all. Very enjoyable read
Read more
Report abuse

Mw Gurr Van Dijk
4.0 out of 5 stars Arkie's pilgrimage to the next big thing
Reviewed in the United States on 21 August 2015
Verified Purchase
Story did not grab me as much as the places and big things mentioned in Australia
Read more
Report abuse
See all reviews
Report an issue
Does this item contain inappropriate content?
Report
Do you believe that this item violates a copyright?
Report
Does this item contain quality or formatting issues?
Report