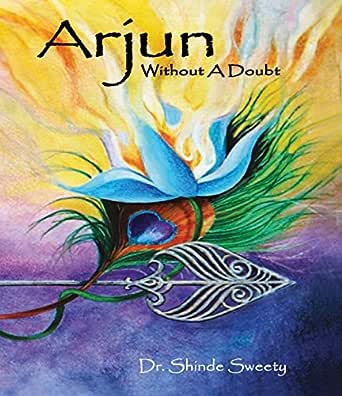 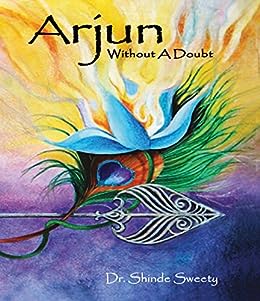 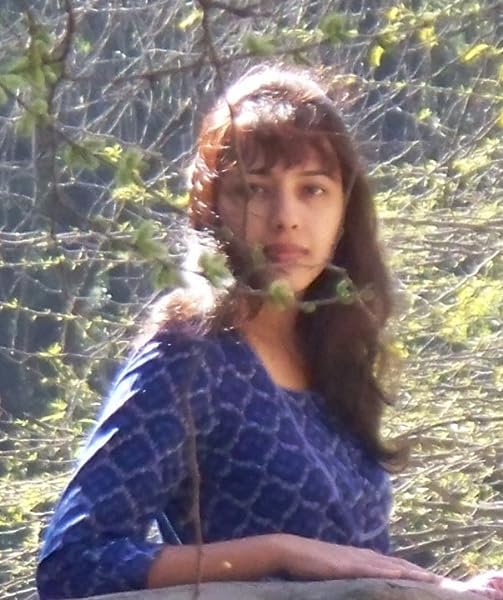 Arjun: Without A Doubt Kindle Edition

The heart can be dissected, the brain can be spliced open, but I love to unravel the mind and emotions. Dr. Shinde Sweety holds a Doctorate in Medicine. Avid Mahabharata fan. Voracious reader. Yoga enthusiast, Student of Spanish and yearns to learn Sanskrit. Skilled at pencil sketch. Loves to daydream and swim. Curious about the Mystic & Mystique. Insane about soulful music. Content to be cocooned in a dream world. Email: sweetyshinde@hotmail.com --This text refers to the paperback edition.

Kevin Cooper
4.0 out of 5 stars An Epic Tale
Reviewed in the United Kingdom on 20 July 2016
Verified Purchase
I think to really understand all that is going on in this work; to truly grasp its depth, one needs to be familiar with, The Mahabharata. Unfortunately, I am not, so I am left with approaching this review the only way I know how.

I may not be familiar with Eastern legends and mythology, but I could not help but notice some parallels to Greek legends and mythology. In particular that of Odysseus, who like Arjun was the only one who could wield his bow. Both are great heroes. And that of Helen of Troy... her suitors in comparison to Draupadi. In actuality, as Homer's work is that of an epic poem, I could not help but think of Dr. Shinde's work in the same way.

The writing is excellent and the style is unique. The one thing I would change, is to have some kind of introduction to the mythology behind the story. But, I'm sure that others may not deem it necessary. Dr. Shinde does highlight some of it at the end of the book, but it was too little too late for me at that point. I think it's possible that there is simply too much to grasp in one setting/read.

Amazon Customer
5.0 out of 5 stars Most beautiful writing on a mostly mis-understood story.
Reviewed in India on 16 May 2020
Verified Purchase
It isn't just a book! It is an emotion, a story so beautifully written. You don't feel like putting down the book anywhere in the middle. Can be read innumerable times and still a new emotion can be felt every single time. It makes you crave for someone who will love you the way the protagonists loved each other. It makes you crave for the kind of friendship the Trio- Arjun, Krishn and Draupadi , had.
Arjun has been given all the respect, credits and attention that he deserves . His emotions , his queries and his LOVE has been clearly qouted and understood by the author.
I end up crying after every single reading , not knowing whether those are the happy tears or the sad ones.
Hats-off to the author . Much respect and much love to Dr.Shinde Sweety.
A perfect book for all Arjun-Draupadi lovers.
A perfect book to all those who admire Krishn's role as a best friend.
Totally worth it!!
Read more
One person found this helpful
Report abuse

sayantika datta
4.0 out of 5 stars Come, Fall in Love with Arjuna, Once Again...!!!
Reviewed in India on 9 December 2020
Verified Purchase
Brilliant read...!!! One of the best retelling of the Mahabharata, that I have ever read as a Mahabharata lover.

Lot of things mentioned in the book are already known to anybody who has read or watched the Mahabharata in any form. But the way the author has tactfully moved the narrative between two narrators, Arjuna & Draupadi, is intriguing.

We realize the hero (Arjuna) whom we have always admired since a child is also a human being having flaws, insecurities, passion, desire, commitment; but he rises above every situation with his indomitable spirit and hard work.

We realize the wife of five husbands has truly been in love only with the warrior who won her in Swayamvara, she has been given a strong voice that resonates with every girl who has to silently compromise with the surroundings.

Another admirable thing is the depiction of the Madhava - Parth relationship, which is something beyond friendship. We all know how Lord Krishna has been the friend, philosopher, guide for Arjuna but this book also depicts what an important person Arjuna was for Krishna when he says he didn't want to stay in a world which does not have Arjuna.

I can write on & on about this book, but I would like to stop here and request all Mahabharat lovers to pick up this book else you will miss a lot.

The only reason I gave a 4-star is I didn't want the book to finish so soon, I loved the book so much that I wanted to read more.
Read more
One person found this helpful
Report abuse

Kindle Customer
5.0 out of 5 stars Must read books for Mahabharata lovers
Reviewed in India on 10 June 2020
Verified Purchase
This book is not just another retelling of Mahabharata. It is reflecting the emotions of the greatest warrior of the Epic. We have always known Arjun as a peerless worrier but what made him a great worrier? Was everything served to him on a silver platter? No, he worked hard for that. He was one of the most unfortunate characters of Mahabharata (after Draupadi). He spent many years of his youthful age in the forest. He was asked to share his wife, he had to leave the kingdom he established and still his brother stakes him in the game of dice. He loses everything without his fault, still, we have never seen him complaining. The author has successfully portrayed his character very well. We all know the Mahabharat story but she has filled the story with emotions of Arjun and Draupadi. The author has beautifully described the reason behind his and her actions. One more thing I am very happy about is that she has not changed the story like other authors. There are many things we have neglected while reading the real Mahabharata or watching the serial but she has drawn our attention towards those things so I must say hats off to the author, great job and I'm waiting for more books from her.
Read more
One person found this helpful
Report abuse

Jahnavi
4.0 out of 5 stars worth all the bucks and time.
Reviewed in India on 9 July 2016
Verified Purchase
‘Arjun : Without A Doubt’, as the name suggests, is adapted from Mahabharata and revolves around the lives of Draupadi and Arjun.

The cover of the book is really beautiful and blurb is intriguing enough.

The story of the book consists of narratives from both Arjun and Draupadi in an alternative manner , which starts from Draupadi’s Swayamvara until their deaths. The Story, undoubtedly, is interesting. Since it’s and adaptation from Mahabharata, there are lots of characters included, and the plot is very intricate.

The things about the book that I loved are :

– the author has very extensive vocabulary.

– flawless command over the language.

– there are some scenes which are described in an utterly beautiful way.

– visualisation, throughout the book, is very high.

– the appendices at the last are very interesting.
Some things that I didn’t like :

– Now, I get it that this book is supposed to be fiction and a vague attempt at recreating the story of Arjun and Draupadi, but ‘changing the actual plot of the story‘ I’m not sure if it should be considered legitimate.

(This thing really bothered me.)

– The way events are described in the book, it makes it appear as if everybody in the story is Lusty (is that a word?).

(Again, I don’t know if that is intended)

Anyway, speaking about the narration skills, as I mentioned already, are very strong. Even though the story could’ve been edited a little better. No former introduction to the characters make people like me (who haven’t already read Mahabharata) confused.
About the quality of the paperback and the cover, they were very good and worth all the bucks.

Overall, It was a nice read.

(Also, For people who read to improve and influence their language, this could be really very helpful.)

And would suggest it to anyone who like to read mythology and mythological adaptations.
Read more
2 people found this helpful
Report abuse
See all reviews
Get FREE delivery with Amazon Prime
Prime members enjoy FREE Delivery and exclusive access to movies, TV shows, music, Kindle e-books, Twitch Prime, and more.
> Get Started
Back to top
Get to Know Us
Make Money with Us
Let Us Help You
And don't forget:
© 1996-2020, Amazon.com, Inc. or its affiliates