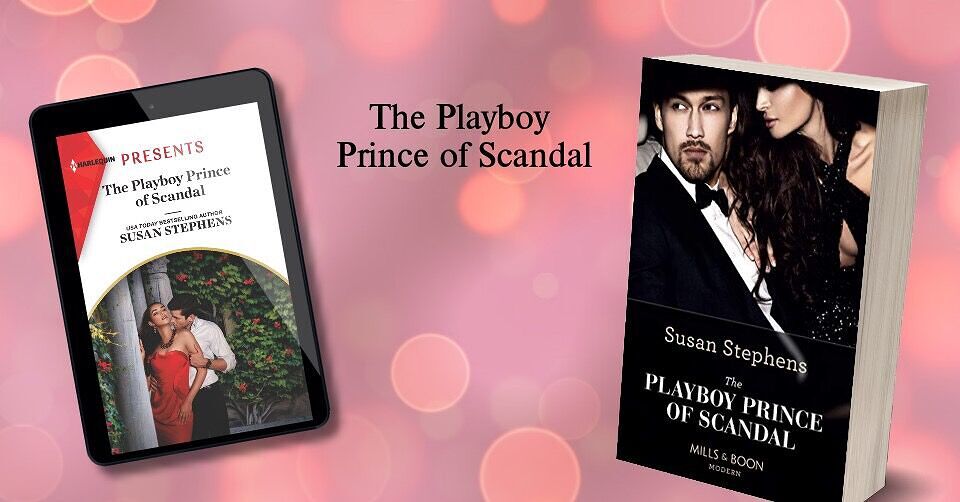 jerseygirldownsouth
4.0 out of 5 stars I liked this much more than I expected to
Reviewed in the United States on 30 April 2012
Verified Purchase
The basic elements of this story are well-trodden Harlequin Presents ground - yet a few deft touches made this story resonate for me.

The plot is pretty basic - brooding, injured Diego has isolated himself as he licks his literal and figurative wounds. He and his brothers are world class polo players, but he has suffered a potentially career-ending injury. Though he doesn't need to worry about money, polo and being part of this team with his brothers are crucial parts of who he is.

Maxie is the quintessential can-do heroine who has overcome some knocks in her own life to just keep going. She doesn't fit the mold of the women typically in his orbit, and he responds to her kindness and energy. Though not without some fight. She has intruded on his solitude to plan his brother's up-coming wedding on this private island. Then she does become his solace.

Of course, a few other strands are part of the story, and could spell their doom. Diego is wracked with guilt over the death of his friend - he committed suicide when he fell for a conman's scheme (and man Diego had introduced him to) and lost a lot of his family's money. Diego had also invested $$, but only a relatively small amount. Since this is HP-landia, the conman turns out to have been Maxie's father.

Maxie knew her father was not always above-board in his actions - even if she didn't know all the details. He had been abusive to her mother until she'd become terminally ill, and then eaten up with guilt. Now, he suffered from dementia or Alzheimer's and Maxie was keeping him hidden away in a nursing home as his end approached. She didn't condone what he'd done, but realized that he was beyond being able to atone for it - that his guilt/regret had done quite a number on him anyway. Plus, he was still her father.

Diego had heard her last name and wondered if it could be possible that Maxie was somehow related to the man he co-blamed for his friend's death - but then would rebel against that notion because she was so wonderful and sweet and he didn't want to have to let her go.

Of course, at the worst possible moment the truth comes out; things begin to unravel. Maxie has to dash to her father's deathbed in the UK exactly as Diego is in the midst of his comeback polo match that will determine his professional future. He had been relying on her supportive presence, because he was finally admitting to himself that he loved her, and then she had dashed from the stands. Just when he found out the truth from his investigators.

This next part of the story seemed like it was going to go down hackneyed paths - Diego confronting Maxie while she had to defend herself, exclaim her overall innocence and explain why she had to shield her father during the last awful moments of her life. But, Ms. Stephens handled it so differently and I LOVED it.

Though Diego arrived ready to blast Maxie with all manor of vitriol and accusations, she thought he'd come to support her when she really needed him, even though she hadn't told him all about her life. And she didn't need to defend herself and beg him to believe she was the person he had fallen for - Diego quickly figured that all out for himself and he DID put her needs first. He stayed with her while she sat with a man who had been one of the key players in the worst chapter of his life, and somehow found peace and release from his own pain.

We then learn that Maxie was tangentially aware that his father had been involved in some horrible scenario that may have caused a young man's death - but that he had done it because he desperately needed the money for her mother's medical treatments.

In a moment of wonderfully selfless character development, Diego does not tell Maxie that he had been part of that awful situation - he shields her from that information. He gives up a desire for revenge that has burned within him because of his love for Maxie.

In the end, she does find out, but by then she and Diego are solid enough that they weather that development.

A Romance Junkie
4.0 out of 5 stars A Romance Junkie
Reviewed in the United States on 2 May 2012
Verified Purchase
Diego was the gorgeous, rich, bad boy polo player who'd been injured in a match. He was recuperating on his island when Maxie Parrish stepped into his life. Maxie was hired by his brother and future sister in law as their wedding planner but Maxie's last name was getting in the way of Diego's feeling. The more time he spent with Maxie the more he wanted her. I thought this story was pretty good but it had little conflict and sometimes I'd find myself moving those kindle pages at the speed of light. Still it had strong three dimensional characters that I really liked, not sure if there are other books written about them. I only know of Nero's story but he's not really part of the Acosta family. I would like to read about the sister and the American Polo Player- that could be hot. I give this book four stars and recommend it without reservation
Read more
Report abuse

Nanette F. Stabler
5.0 out of 5 stars Five Stars
Reviewed in the United States on 3 July 2014
Verified Purchase
very good
Read more
Report abuse
See all reviews
Back to top
Get to Know Us
Make Money with Us
Let Us Help You
And don't forget:
© 1996-2021, Amazon.com, Inc. or its affiliates