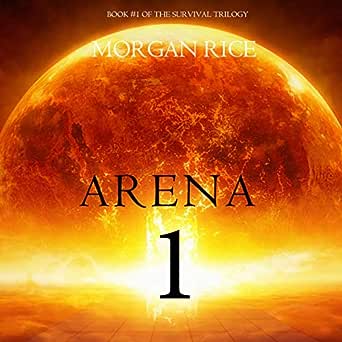 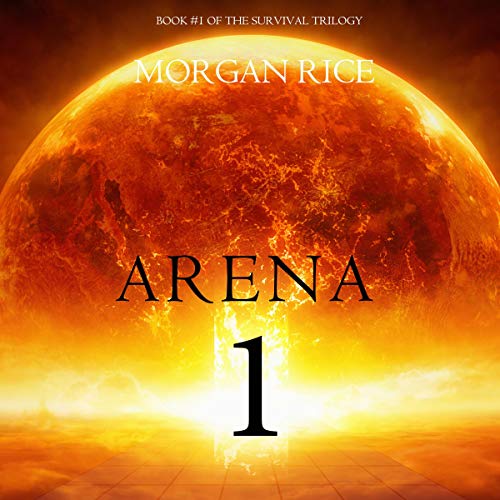 Arena 1: Book 1 in the Survival Trilogy

3.9 out of 5 stars
3.9 out of 5
222 global ratings
How are ratings calculated?
To calculate the overall star rating and percentage breakdown by star, we don’t use a simple average. Instead, our system considers things like how recent a review is and if the reviewer bought the item on Amazon. It also analyses reviews to verify trustworthiness.

Dick Strange
3.0 out of 5 stars Not worth the money
Reviewed in Australia on 21 May 2017
Verified Purchase
Short story was not to bab and some of the action sequences a bit to far fetched and the stories lenght does not give value for the costs of the book and yyou are asking 9 dollars for the sequal
Read more
Helpful
Comment Report abuse

strawberries
4.0 out of 5 stars Action from start to finish
Reviewed in Australia on 25 May 2017
Verified Purchase
Is a fast paced first person narrative from the moment you start. The main character is a little hard to love at first, but the more you read the more it drops you.
Read more
Helpful
Comment Report abuse

Lisa Jackson
5.0 out of 5 stars Such a good read!
Reviewed in Australia on 30 April 2016
Verified Purchase
I have really enjoyed this page turning book, reading it in just over a day. A lot more graphic than most adolescent novels but still thrilling.
Read more
Helpful
Comment Report abuse

Jas P
TOP 500 REVIEWER
4.0 out of 5 stars Hunger Games meets Mad Max meets Gladiator as One Sister Desperately tries to Save the Other!
Reviewed in Australia on 19 February 2017
I found this to be an interesting story. It was kind of like a mix between ‘The Hunger Games’, ‘Mad Max’, ‘Gladiator’ and you can probably add a few other Dystopian titles in there if you want. The story is about a 17yr old girl, Brooke, who was raised by her Marine Father, so knows how to fight (and throw a knife), and is basically on her own looking after her little sister Bree. The US has been decimated in a 2nd Civil War brought on by a Government that when it was unable to agree, split down the middle, and finally went to war. The description of the events is so realistic and life like (to how things are playing out in the real world right now), that it is quite terrifying in parts. If you separate the story for a minute and look at just this particular part of the story, Rice’s description of the breakdown of the US is stunning in its predictions, especially considering how he describes the start.
Equally stunning however is the story. Rice’s main character is exceptional. Her constant battle and struggle to save her sister is truly heroic. As the story progresses Rice really makes us believe Brooke’s anguish and pain over chasing her sister and what could be happening to her. Her one minded focus on finding her at any cost is so realistic for anyone who has kids. The other characters she meets along the way only add to the story, giving it a bit more depth.
The other aspect of realism of the gladiator style ‘Arena’. The descriptions of the combat were exceptional, very creative and gripping.
Overall Arena One is a compelling and captivating adventure that is a lot of fun to read. This is what this style should be about, great characters in fast paced action that you can’t put down.

C. Green
1.0 out of 5 stars Shallow tale about unlikely happenings even in a utopian world
Reviewed in the United Kingdom on 22 June 2019
Verified Purchase
I read the whole of this book and found it to be too incredibly bad to think of reading the next in the series.
The hero is a young woman who seems to possess super hero traits while not actually being one.
There is a fighting scene which would have been silly enough if it had been conan the barbarian let alone a teenage girl.
Not to mention the inordinate amount of luck and fortunate coincidences that occur all the way through.
All in all , an unlikely scenario that feels unresearched and patched together.

Yvonne
4.0 out of 5 stars Survival to the limits
Reviewed in the United Kingdom on 6 June 2016
Verified Purchase
Set in a dystopian New York, it follows the lives of Brooke and her younger sister Bree as they try and survive after war destroyed their country. They also had to avoid slave runners who captured people to fight like gladiators in arenas, the worse one being Arena 1. Whilst Brooke is searching for a food a sick Bree is captured by the slave runners forcing Brooke to go and rescue her. Whilst racing after her she meets a Ben who’s younger brother was captured and together they go into the lion’s den and to try and rescue them.
Brooke is a marine’s daughter and this makes her a strong girl but with everything her body goes through to try and rescue her sister is unbelievable and I kept wondering how much more her body could take. Ben was quite a weak companion but as the story progressed he did become into his own and showed some fighting spirit.
The story was enjoyable and I will carry on with the series to see what happens to the trio
Read more
Report abuse

Andie c
4.0 out of 5 stars Intresting
Reviewed in the United Kingdom on 8 August 2016
Verified Purchase
A futuristic fast paced fantasy, enthralling and page turning following our heroine Brooke who seems to utter a lot about dying but just seems to be evading it by the skin of her teeth.
A bit to much descriptive text and the first car Chase could of been shorter but some bits easy to skim without losing the plot lines.
Overall enjoyable, and something you could leave at the end if you wanted without going on to the next book.
Read more
One person found this helpful
Report abuse

Kindle Customer
3.0 out of 5 stars Fast Pace but unrealistic
Reviewed in the United Kingdom on 26 April 2016
Verified Purchase
Unbelievable!
This story disregards life threatening injuries, climate also starvation and the effects it has on a human body. No teenager would be prepared for the challenges Brooke confronts throughout the book.
The men throughout this book and Morgan Rice's other books tend to be weak.
It is great to have a strong woman but it would be more realistic to have an equally decisive male character.
Read more
One person found this helpful
Report abuse

Pilkington371
5.0 out of 5 stars An author that holds your atention with easy to read stories.
Reviewed in the United Kingdom on 10 September 2016
Verified Purchase
A thumping good fantasy read. Forget reality and enjoy a wonderful tale of pure fiction. Morgan Rice makes the most readable books I have ever found. the first of the series is often free but the further editions are worth the money. I think this will be the third series I am to read and have purchased them in order. You can also read other books to change the type of story and go back to the series without loosing the theme of the story. An author to remember for any sci-fi fan.
Read more
Report abuse
See all reviews
Get FREE delivery with Amazon Prime
Prime members enjoy FREE Delivery and exclusive access to movies, TV shows, music, Kindle e-books, Twitch Prime, and more.
> Get Started
Back to top
Get to Know Us
Make Money with Us
Let Us Help You
And don't forget:
© 1996-2020, Amazon.com, Inc. or its affiliates