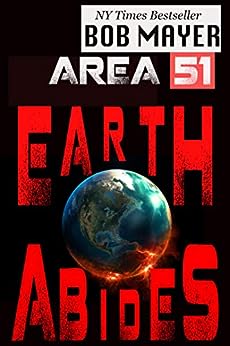 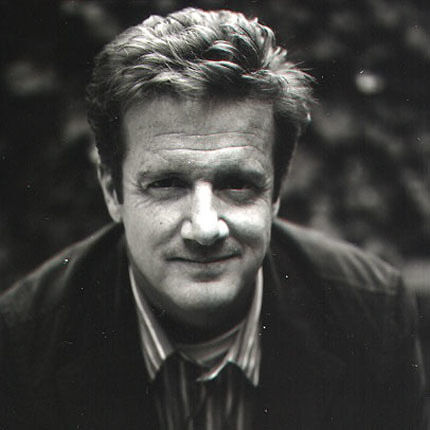 Kindle Customer
5.0 out of 5 stars Great!
Reviewed in Australia on 18 October 2020
Verified Purchase
One of his best books in my opinion,and I've read a lot of them. He's tied history, myths and legends into a very entertaining and plausible story with an amazing finish. When does the next book come out?
Read more
Helpful
Report abuse
See all reviews

Reinold F.
3.0 out of 5 stars Almost the end for the second arc of interesting books, an okay reading.
Reviewed in the United States on 25 November 2020
Verified Purchase
Area 51 has two parts: from book 1 to 7 is about the efforts to avoid the end of humanity by the conquest of the Airlia and their minions infiltrated in human society, all while the threat of annihilation is looming in the horizon if the interstellar drive is activated, a threat feared by the Airlia too. Except the third book I love that series, is so thrilling. and it is not a simple series, specially the special forces aspects are quite life-like.

(Caution, without being explicit spoilers these observations mention aspects of the plot)
The following books are about the Swarm and answers for mysteries left in the previous books. It is quite interesting, but sadly they are not that original. In the last books I feel I am reading a mix of a description of the movie 'Independence Day' (the chapters in the desert with the Swarm fleet destroying in stages the militar defenses of the Earth); then a description of Arthur C. Clarke's 'Childhood's End' (the next step in evolution through children that are accepted to be part of a higher community, while old humanity is discarded); a bit of Lovecraft references, although not that well done as I cringed when a character utters "it is odd that H.P. Lovecraft knew of this specific creature and even drew a rather decent approximation of it," as if the description in the book were more extraordinary, which I don't feel to be the case; and lastly the evolution being driven by androids so old that they are more than androids and whose intent is to make sure there will be a better humanity with peace, harmony and eternal love in communion with the planet I have already read it in Asimov's 'Foundation and Earth,' and I didn't like it much then neither. Of course there is no obligation for an author to make a book with original ideas, that is impossible, but at least it should have his voice, which in this book I felt rather like going to hear a band playing covers. These last books are quite interesting, and maybe quite fast to read as so many chapters are repetitions from the previous ones, but I end feeling that the chapters are different stories glued to each other. Not only that but sadly the trends of the age are lurking unnecessarily, I love feminine strong characters, some of my favorite books ever are written by women, I appreciate when they are shown as complex characters, but here the author has gone a bit for the superficial trend to populate the book with only strong and intelligent women that are neither strong nor intelligent, but are in the company of weak and clumsy men. The Airlia characters are women (a commander and a scientist), which are depicted very differently to the original Airlia which were passionate and extremely intelligent; the leader of the new humanity is a girl, which honestly I found a good character as she is not superior but equal to all her peers; in the chapters mentioned to the story of the Imperium the only smart and good people are two women, a scientist and a commander again, the men are again evil or clumsy, and the good ones are good because they are the followers of the scientist, which was a very exasperating character. I cringed again when the wish of one of the characters is to get a more "inclusive" future, not because is a bad idea, is because is something that is told by some political activists for the society today, but is not coherent in the society of the character. There are problems of logic in general, in these series there is no scientific progress, the same machines exist since the dawn of times (the special metal of the starships and the ruby spheres that are their motors) and there is no more, the supposed scientists are very lazy in this universe; also there is no evolution and humans, Undead and Airlia separated by tens of thousands of years get to just have the same traits, it is a feeling I hadn't in the first arc of the book. But well, although this book was fun to read is so different from the first books that probably it should have been its own story. This review is longer because are my thoughts for what, for now, is the end of the saga, which seems now will be like Matryoshka dolls, at first it was the Airlia devices, then the ones that were before the Airlia and humanity, and now is about those before them that originated the Swarm; I guess it comes the time for the Ancients, and maybe then we will see those that created the Ancients and so ad infinitum... Maybe the plot has been longer than it should.
Read more
3 people found this helpful
Report abuse

Terri
4.0 out of 5 stars WHAT A RIDE?
Reviewed in the United States on 27 May 2020
Verified Purchase
If someone had told me reading the first Area 51 book that it would end in this fashion I wouldn't have believed them. The initial novels seemed to show no hint of the actual outcome of the series. So much as our characters did, we discovered things WITH them, we shared their journey through it all from the good times to the bad and to the extremely intensely crazy. I mean I don't think I want this author's nightmares if he can come up with something like the Swarm! It was an amazing experience to read and sometimes reread this series all the way to the bitter sweet ending. I think the ending is the only reason I didn't give this book five stars. The ending for some of the characters that we watched develop through thirteen books just didn't sit right for me, especially the end for Mike Turcotte. It just felt wrong to me and I found myself grieving for his lack of a better ending. It's also a little tough to handle what happens to the Airlia. Didn't feel like an end but another beginning where the cycle repeats since they have already done this before. But all in all I loved the book and the series. I stayed up all night to read it, I simply couldn't stop myself. So give it a try!
Read more
Report abuse

JM
5.0 out of 5 stars NOT the end but what a great book!
Reviewed in the United States on 15 July 2020
Verified Purchase
This entire series is one of my all time favorites. Hard to explain but once you start reading these, you will understand and get more of the series. I replaced all my paperback copies with e-books in this series so i can re-read them over and over. This stuff never seems to loose it's draw for me.
Many though that this is the final book -and it does tend to tie-in all the previous installments BUT i strongly believe that the next will bring one heck of a follow-up.
Simply put - BUY this set of books and be ready to spend time reading and enjoying what is one of the best series of all time.
Read more
One person found this helpful
Report abuse

Dave
2.0 out of 5 stars Meh. An Ending, I suppose
Reviewed in the United States on 29 April 2020
Verified Purchase
An ending, but it takes the series in some turns that were not even hinted at in earlier books (except, perhaps for the immediately preceding book).

Gordon L
5.0 out of 5 stars Excellent conclusion of a long "trip", both in time and distance
Reviewed in the United States on 2 May 2020
Verified Purchase
It pulled the entire story together for a completely wild finale. However, there was so much back history
that even with the extensive series summary given at the start of the book, it sometimes was a bit confusing as I tried to pull bits and pieces as needed out of my memory of previous books.
Read more
Report abuse
See all reviews
Back to top
Get to Know Us
Make Money with Us
Let Us Help You
And don't forget:
© 1996-2021, Amazon.com, Inc. or its affiliates