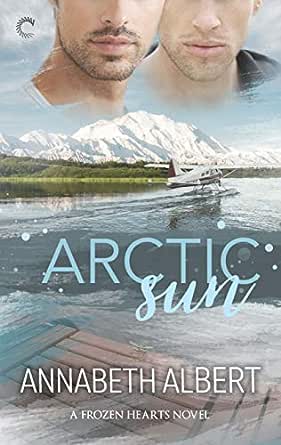 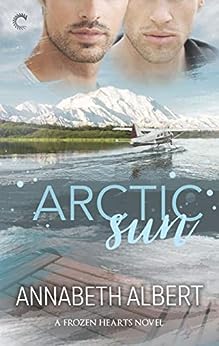 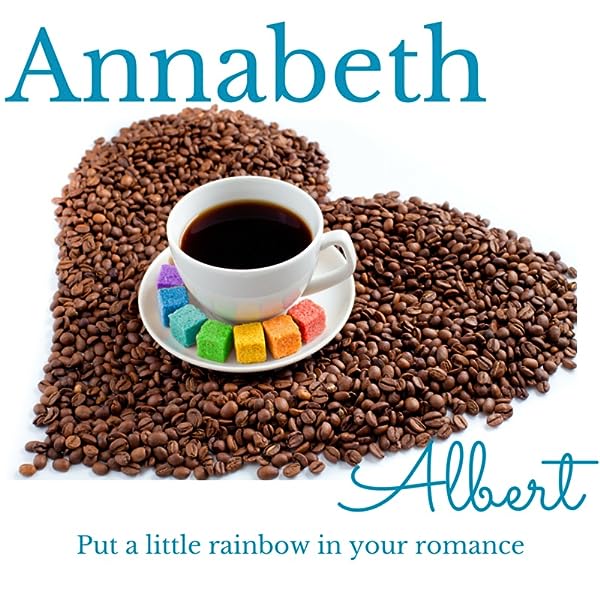 Albert's obvious affection for her characters...makes this tale a pleasure.

-- "Publishers Weekly on Better Not Pout"

Albert features some truly tender kisses and romantic moments, but also plays up River's self-destructive tendencies and triggers. What makes Albert's book resonate is the lovers' realization they can be imperfect together.

“Sexy, sensitive, smart, and thoroughly researched, Annabeth Albert’s gay romances have rocketed to the top of my to-be-read pile. I’ve fallen as hard for her books as her heroes fall for each other.”

He’s built a quiet life for himself in Alaska. But it doesn’t stand a chance against the unrelenting pull of a man who’s everything he shouldn’t want.

Ex-military mountain man Griffin Barrett likes his solitude. It keeps him from falling back into old habits. Bad habits. He’s fought too hard for his sobriety to lose control now. However, his gig as a wildlife guide presents a new kind of temptation in superhot supermodel River Vale. Nothing the Alaskan wilderness has to offer has ever called to Griffin so badly. And that can only lead to trouble…

River has his own methods for coping. Chasing adventure means always moving forward. Nobody’s ever made him want to stand still—until Griffin. The rugged bush pilot is the very best kind of distraction, but the emotions he stirs up in River feel anything but casual, and he’s in no position to stay put.

With temptation lurking in close quarters, keeping even a shred of distance is a challenge neither’s willing to meet. And the closer Griffin gets to River, the easier it is to ignore every last reason he should run.

One-click with confidence. This title is part of the Carina Press Romance Promise: all the romance you’re looking for with an HEA/HFN. It’s a promise!

Angel Kennedy
2.0 out of 5 stars A Sloooow Romance
1 May 2019
Format: Audible AudiobookVerified Purchase
Book with Audio
Narrated by Cooper North with over 10 hours = 4 stars
Book = 1.5 Stars
DNF = 46%
I was excited to read this when I read the blurb of the book and with the cover but its not what I thought this was going to be. This is SUPER SLOW between the characters (I fell asleep listening) and with the extra unneeded words added in it dragged. The narrator Cooper North does a fantastic job with the voices but I thought the story let this down.
Griffin and River didn't get on at the start with tension or lust happening. The story was just too slow to keep me glued..
Read more
Helpful
Comment Report abuse

Petey
5.0 out of 5 stars Thouroughly enjoyed. Looking forward to the next book.
13 May 2019
Format: Kindle EditionVerified Purchase
Really enjoyed this first book of the new series. I made the mistake of reading the first chapter preview for the next book at the end of Arctic Sun and now I'm hanging out to read that one too.
Read more
Helpful
Comment Report abuse

Jennifer Smith
5.0 out of 5 stars A Beautiful Story of Love and Healing and Alaska
3 April 2019 - Published on Amazon.com
Format: Kindle EditionVerified Purchase
This is the first book in a new series for Annabeth Albert. The first half of the book takes places during a very special nature photography tour in Alaska, and the descriptions made me feel like I'd had my first visit there! The sexual chemistry between River and Griff pulls them together even though Griff fights against it, and the sexual dynamics between them were really hot! But both men are dealing with problems from their past, and they have to work through getting stronger before they can be strong enough to be together. A beautiful story of love and healing and Alaska, and I'm already dying for book two!
Read more
9 people found this helpful

J. Lynn
5.0 out of 5 stars Angsty Slow Burn with Great Characters
2 April 2019 - Published on Amazon.com
Format: Kindle EditionVerified Purchase
Annabeth Albert is one of my absolute favorite M/M romance authors! I loved her #gaymers series the most, but the Out of Uniform series was a thrilling second :)
I love the depth that Annabeth Albert writes into her characters, and this book did not disappoint in character development, but it is slower than her other books. That said, the story was full of deep feels and excellent plotting that made a heart warming story in which River and Griffin learn to accept themselves and each other as they are.
This is a lovely, warm book, and I love a rugged Alaskan setting! I look forward to the next one in the series!
Read more
8 people found this helpful

Mrs. Readsalot
3.0 out of 5 stars Really not like the Annabeth Albert books I adore
7 April 2019 - Published on Amazon.com
Format: Kindle EditionVerified Purchase
This just didn't seem like the Annabeth Albert that I am used to. I have LOVED so many of her books but this one really left me feeling flat. The romance was very slow, and when the guys did yield to the chemistry, there was a lot of mental resistance from Griff (and that's not sexy). The guys also spent too much time discussing the joys of (or lack thereof) gay sex.

The people that are on River's tour are fun and sweet and easy to imagine. The settings (the hotels, the boat) were not that easy to picture and I don't know why. I mean...I've seen Alaska. The picture just wasn't vivid for me. There was a lot of inner dialogue from River about his eating disorder, and it was part of the plot before and during almost every single meal. It really made an eating disorder real for me, but that's not what I thought I was buying. Griff also seemed to have so much anxiety over what people thought of him if he didn't drink - which he didn't, because he's a recovering alcoholic. Like is that a thing? Who cares if you drink or NOT?

I also did not like that River went from being so determined to just giving up like *that*. That didn't fit his character. I didn't like that Griff's deceased best friend was so mean to Griff and he 1) took it like he deserved it and 2) continued to basically worship the guy. That's not what I expect from a big ole mountain man/bush pilot/former military man.

These two spend a lot of the book doing the 'I'm not good enough for you' routine, which is weird, especially for River who has been in therapy forever. And how is River estranged from his father when we find out later that he never really gave his father any slack and why didnt' he?? He should have talked about that with his therapist! And when River decides to get some help to get his head on straight, that's all glossed over and we don't even get to hear River REFLECT on it. LIke...what is the eating plan? Why was he going to the medical dr. too? When these guys finally were going to make a go of things, there were still some interesting plot points to wrap up, and that all went too fast. The ending was just way too rushed considering all the time that is devoted to the characters.

Sorry to sound harsh, but I looked forward to this book for so long and I was really disappointed by this.
Read more
6 people found this helpful

Kramerdeb0731!
5.0 out of 5 stars Two Perfectly Imperfect Men!
8 April 2019 - Published on Amazon.com
Format: Kindle EditionVerified Purchase
This was a departure from all of the very recent reads of Annabeth's that I've loved, but in no way, one I wanted to miss. I loved this new direction and the two Imperfect men that came together in this lovely story. I don't actually think I've read one where both MC's were so flawed and had baggage to rid themselves of but came together in such a way that was real, beautiful, honest and so sweetly sexy. That was a surprise to me; that I didn't need to read about wall-banging hot sex for me to love this story. It was touching how vulnerable these two men were and how brave they had to be to reveal to each other their faults and ask for what they needed from one another. Annabeth has done it again to me. I've fallen hard for this Alaska she's created and the men in this place too! I can't wait to read more about this "wild" town to which we've been introduced. I'm counting on it actually so bring on Artic Wild, I'm ready for it!!
Read more
2 people found this helpful

sclark521
5.0 out of 5 stars Loving this series, so far!
3 April 2019 - Published on Amazon.com
Format: Kindle EditionVerified Purchase
Griffin and River were two wounded souls in desperate need of each other. Loved when they both got it together and accepted each other fully, flaws and all. I think this is great start to the new series. Can't wait for the next book!!
Read more
4 people found this helpful
Go to Amazon.com to see all 127 reviews 4.2 out of 5 stars
Get FREE delivery with Amazon Prime
Prime members enjoy FREE Delivery and exclusive access to movies, TV shows, music, Kindle e-books, Twitch Prime, and more.
> Get Started
Back to top
Get to Know Us
Make Money with Us
Let Us Help You
And don't forget:
© 1996-2020, Amazon.com, Inc. or its affiliates