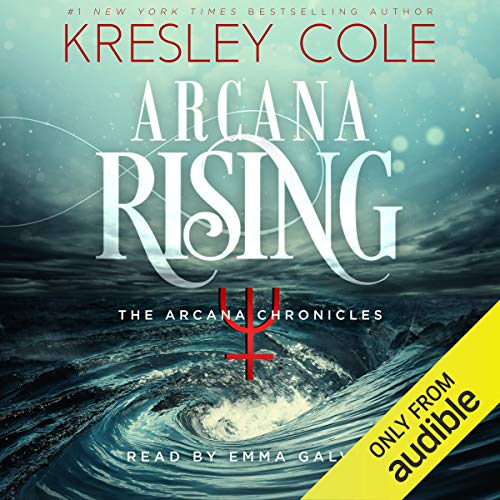 4.7 out of 5 stars
4.7 out of 5
810 global ratings
How are ratings calculated?
To calculate the overall star rating and percentage breakdown by star, we don’t use a simple average. Instead, our system considers things like how recent a review is and if the reviewer bought the item on Amazon. It also analyses reviews to verify trustworthiness.

Rosina Richards
5.0 out of 5 stars Loved it
Reviewed in Australia on 18 August 2016
Verified Purchase
I just love this series! I'm a bit of a book work but at the same I'm picky with what I will read. I'm so glad my sister got me to read the first book and ever since I've been hooked. It was so good I read it within 24hrs of buying it
Read more
2 people found this helpful
Helpful
Report abuse

Jessie Turkentine
5.0 out of 5 stars Way to go team
Reviewed in Australia on 10 October 2016
Verified Purchase
Oh my God what an ending!!! How could she leave the ending so open and intriguing without the slightest evidence it would happen....
Read more
2 people found this helpful
Helpful
Report abuse

lisa
5.0 out of 5 stars Love this series
Reviewed in Australia on 18 August 2016
Verified Purchase
Love this series. I love all of Kreisler comes work. Just wish I didn't have to wait so long between books but I guess it's worth it
Read more
2 people found this helpful
Helpful
Report abuse

Amazon Customer
5.0 out of 5 stars Kresley Cole does it again!
Reviewed in Australia on 18 September 2016
Verified Purchase
Absolutely spellbinding. I cannot wait for the next instalment. The Arcana Chronicles are a must-read for any paranormal fans. Thank you Kresley Cole!
Read more
One person found this helpful
Helpful
Report abuse

DS PR Lainey
5.0 out of 5 stars Hurry up Jack!
Reviewed in Australia on 10 January 2018
ANGST, HEARTBREAK, HOPE, LOVE and SURVIVAL all wrapped into One amazing series! This is how I would describe this read...

I love this series Evie is the person we all want to be, Jack is sexy HOT with a heart of Gold and Aric is the silent heartbreaker.
There were so many unexpected twists and turns in this read and ones that shattered me completely!

I struggled with Evie giving herself completely to Aric even though I understood why and know she loves Both Jack and Death equally but couldn’t help feel torn and guilty while reading their consummation of their marriage.

It was great to see Joules, Finn, Circe and the gang all back in this book but I have a feeling the FOOL will be making a huge entrance in the next book. I cannot wait for the next release and pray that Jack re enters to claim back what is rightfully his.
Read more
Helpful
Report abuse

JRW
5.0 out of 5 stars The saga continues
Reviewed in Australia on 13 May 2020
Verified Purchase
I’m definitely still invested in this series and I liked this one the best. I’m still not sold on Evie to be honest I want to shake her and scream in her face but I seem to feel like that a lot when I read YA stories.
Read more
Helpful
Report abuse
See all reviews

Tez
5.0 out of 5 stars Team Death, all the way!
Reviewed in the United Kingdom on 30 November 2016
Verified Purchase
The way she left the last book, Dead Of Winter, I knew it was going to be an epic start. What she wrote in Arcana Rising... well, it wasn't just an epic start, it was a hell of a book with the what the heck happened ending!

Evie and Death who'd have thunk it! I'm all for Death, though I love Jack. So I was as torn as Evie when reading the books. Though i'm pretty sure how the author is going to end this series. Phawww, those who love this series are in for a treat an half if you haven't read it yet! For those of you who haven't EVEN read the first book, they are very addictive. It's an original story with twists and turns, and they are fast reads. I read one and end up reading them all, one after the other!

Plot for Arcana Rising, more Arcana are rising out of the shadows after The Flash. New alliances, friendships and deaths make this book one of the best of this series (though my favourite is Endless Knight). It's a harsh/wild ride with steam! A lof of steam - that can melt ice! Especially towards the end. If you're team Death, you'll love this book.

Spoiler: Though i'll try not to spoil it too much!
We see Evie get split from Death in an horrific attempt to escape another Arcana; and she's get captured and tormented by that said Arcana. When she gets rescued, that's when things get hot. Evie is fighting through the loss of Jack and her feelings for Death - still. If by this point, you've rolled you eyes, keep reading.

Matthew (The Fool) has gone on silent running, but something is going on. He's still playing, just hiding in the shadows of her mind! Manipulating is the right word I'm looking for, Her and the game.

When Death gives Evie her gift, the gift he told her he had and safe guarded at the end of Dead of Winter, she is out cold and needing to regenerate or she'll die. When she comes round, the gifthorse is biting Aric/Death in the arse and trying to explain to Evie she will have to kill him to win the game. In response, Death moves out of the castle, Evie in a way freaks and goes to find him, telling him her Grandma can think what she wants. Evie doesn't want to hurt Aric. By this point of the book, Evie has a strong connection to Aric, she feels married to him - it's all explained in the book, but basically she is remember their past. Also, it's almost as if she feels his pain and loss. She's empathetic.

By the end of book 5, you will want the next one due out early next year, 2017. PRE-ORDER, as these books run out fast!
Read more
One person found this helpful
Report abuse

young skywalker
3.0 out of 5 stars Disappointing.
Reviewed in the United Kingdom on 26 July 2017
Verified Purchase
I had been enjoying this series more than IAD. There seemed to be a real plot and it was looking like an end point. That said there was just so much more story to the first 3 books. (I gave each 5 star rating) This time the book is short. The story doesn't really progress much and the action is pretty brief. It feels like it's not a full book and it was way too long coming..
Read more
Report abuse

C Falconer
5.0 out of 5 stars Amazing! Genius! Addictive! Loved it!
Reviewed in the United Kingdom on 26 August 2016
Verified Purchase
Yet another amazing book from my favourite author.
Completely original, genius story, totally addictive and I was literally on then edge of my seat frantically reading what will happen next. I gotta read this whole series again as I am now suffering from Arcana withdrawal!

The Empress is my favourite character of all time, just adore Evie and I can't get enough of Death the chemistry between these two is scorching. Hilarious, believable and such loveable characters so well written. Can't recommend enough, you have to read this series.
Read more
Report abuse

I love butterflies
5.0 out of 5 stars Enjoyable Read
Reviewed in the United Kingdom on 6 September 2016
Verified Purchase
I have been a fan of Kresley books since first reading A Hunger like No Other from the Immortal after dark series, when I read she was doing a young adult series, I wasn't too sure as I'm an older reader. I can say my unsureness of weather or not I'll enjoy the series went away. I was hooked on Poison Princess and all the following books in the Arcana volume and Arcana RIsing didn't disappoint, just left me wanting more. I'm just sad that I've already finished reading.
Read more
Report abuse

Jenny
5.0 out of 5 stars Fantastic read!
Reviewed in the United Kingdom on 19 August 2016
Verified Purchase
Fantastic, edge of your seat book! I'm sad that I have finished reading it! Kresley Cole is a fantastic writer and makes you believe you are in the story to!
You will have to read all the others in this series first to understand what is happening but I love it and have read the series 2-3 times!
Read more
Report abuse
See all reviews
Back to top
Get to Know Us
Make Money with Us
Let Us Help You
And don't forget:
© 1996-2021, Amazon.com, Inc. or its affiliates