An Appetite For Murder: A Key West Food Critic Mystery and over 1.5 million other books are available for Amazon Kindle . Learn more
Share <Embed> 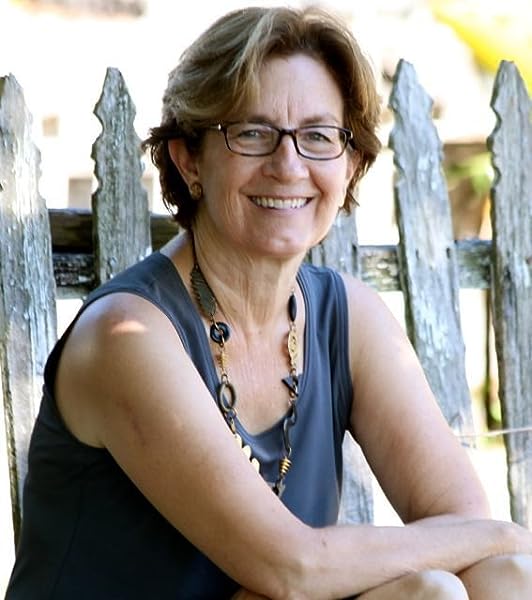 Page 1 of 1 Start overPage 1 of 1
Previous page
Next page
Start reading An Appetite For Murder: A Key West Food Critic Mystery on your Kindle in under a minute.

Clinical psychologist Roberta Isleib, aka Lucy Burdette, is the author of the Key West Food Critic Mysteries. Her books and stories have been short-listed for Agatha, Anthony, and Macavity Awards.

4.4 out of 5 stars
4.4 out of 5
157 global ratings
How are ratings calculated?
To calculate the overall star rating and percentage breakdown by star, we don’t use a simple average. Instead, our system considers things like how recent a review is and if the reviewer bought the item on Amazon. It also analyses reviews to verify trustworthiness.

Lisa
5.0 out of 5 stars Strong start for this new series
Reviewed in the United Kingdom on 27 July 2012
Verified Purchase
Read a lot of 'cozies' and always willing to give new series a try. This one doesn't disappoint. An engaging heroine in the form of aspiring food critic Hayley Snow; interesting, and new to me, setting in the Key West; plenty of mouth watering descriptions of food and a not-to-hard-to-solve mystery - perfect Sunday afternoon reading for me :)
If you've enjoyed books by Jenn McKinlay [Cupcake bakery mysteries]or Jessica Beck [Donut mysteries] then give this one a try.
Read more
One person found this helpful
Report abuse

Tari H.
5.0 out of 5 stars It was great to finally read the first in the series after reading later books in it
Reviewed in the United States on 22 November 2019
Verified Purchase
I've been reading and reviewing the ARCs of this series as they came out, but I finally took time to go back to the first book and read it. It was good to get Hayley's background story and meet all her friends for the first time, or how it would have been the first time meeting them.

While trying to land a food critic job, Hayley was determined to prove herself innocent of her ex-boyfriend's current girlfriend's murder. It was definitely a tangled path of red herrings with a little danger thrown in. I knew that in the more current books, Hayley had been living on Miss Gloria's houseboat, so I loved reading the story behind how that came into play. I hadn't really guessed the killer, and the showdown was very exciting! The ending was sweet too with Hayley making Thanksgiving plans and accepting a date with a handsome detective!
Read more
2 people found this helpful
Report abuse

Eugenia Parrish
3.0 out of 5 stars As another reviewer said, it finishes much better than it starts out
Reviewed in the United States on 18 December 2020
Verified Purchase
First off, it took me nearly as long to write this review as it took Hayley to write her food article/job application. The book is well-written and a lot of fun, but I came close to quiting early. I could not make a connection with a (young? Or just immature?) woman who is so mad at finding her boyfriend in bed with someone else that she can’t stop thinking hateful thoughts, and yet insists on applying for a job where said “someone else” would be her boss. Even after a minor social confrontation with them where both made it clear that they wanted nothing more than to forget she even existed, Hayley persists in her dream to be hired by this woman.
I was attracted by the setting supposedly in Key West, though most of the action takes place on another island. It is tropical paradise, however, and I understand Hayley wanting to stay, just had trouble understanding her reasons. However, when the aforesaid “someone else” ends up dead and the cops understandably come looking for Hayley, I did start to feel connected to the story and happily read on to a very satisfying ending. A good cozy for a lazy afternoon.
Read more
Report abuse

HelloKnitty
4.0 out of 5 stars Hayley Snow, not Mills
Reviewed in the United States on 10 February 2018
Verified Purchase
Hayley Snow followed a man to Key West. In a very short time she discovers him in bed with another woman, and Hayley finds herself living on a houseboat with her college roommate. She is an aspiring food critic and is hoping to be hired by Key Zest magazine. Sadly, the magazine’s co-owner is “the other woman,” Kristin Faulkner. When she thinks her life is a bad is at can get, Hayley is a suspect in a murder. The police don’t believe her, her lawyer doesn’t believe her, and her friends quickly become weary of her problems. Hayley works are to clear her name and win the job of her dreams.
It took me a little longer than normal to invest in this story. The problem seemed to lie with the main character, Hayley. When I was finally interested and enjoying the story I found myself yelling at her about her stupid decisions. In the end, I don’t believe her character is that bad. She is well developed and goes after what she wants. The other characters are also well-written. The setting is interesting to me. I’ve never been to Key West, but I can imagine it has a small town feel. I will read the next book, and I recommend this book. It has a good plot that moves at a good pace. I never guessed who the perpetrator was until Hayley figured it out.
Read more
One person found this helpful
Report abuse

Laurel-Rain Snow
4.0 out of 5 stars FAST-PACED VISIT TO KEY WEST, COZY STYLE
Reviewed in the United States on 13 April 2012
Verified Purchase
When aspiring food critic Hayley Snow moved to Key West, she was eager to get away from New Jersey. And she'd fallen hard, albeit quickly, for Chad Lutz, a charming attorney, whom she had met when he vacationed in New Jersey. In the mystery and thriller section of the bookstore where she worked, of all places! So when he invited her to come with him back to Key West, she didn't think twice.

Maybe that was part of Hayley's problem with relationships. But now she is here in Key West, trying out for a gig at a new magazine called Key Zest...and all she has to do is submit her application by Monday.

As part of the process, she and her psychologist friend Eric are eating at one of their favorite restaurants, Seven Fish. She plans to include a review in her application packet.

But just when she is starting to enjoy the evening, she realizes that Chad and his new girlfriend Kristen Faulkner are also there. Uncomfortable! She is reminded once again of the humiliation she felt when she arrived home early one day to find them in bed together. Which is why she is now sharing a charming, but small houseboat with her college friend Connie.

This is the story of Hayley's life: impulsive choices, bad endings, lots of chaos.

Words are exchanged after their meal, and Hayley and Eric leave. But what happens next turns the next few weeks into one chaotic tangle after another, like the Tarot cards predicted.

Hayley finds out the next day, when two detectives show up on her doorstep, that Kristen Faulkner was murdered early that morning--by consuming a poisoned Key Lime pie. She is now a Person of Interest.

After being questioned relentlessly, and after many subsequent trips to the police station, Hayley decides, since nobody will believe that she was home alone all morning--and nobody saw her--that if she is going to absolve herself, she has to find the murderer.

An exciting and eventful series of pages lead the reader along for the ride. I enjoyed Hayley Snow's impulsiveness, because even though she often falls into a bigger mess, her energy and determination are fun qualities in a character. She felt like someone I would like to know. The settings came alive for me, and there were lots of funny moments, too. I also liked the cat characters: Evinrude, the gray tiger cat; and Sparky, the little black cat that lived next door.

The whole read felt like a vacation that was fun, exciting, and unforgettable. Even though  An Appetite For Murder: A Key West Food Critic Mystery  was a wee bit predictable, this series is one that I can't wait to continue reading. Four stars.
Read more
5 people found this helpful
Report abuse
See all reviews
Back to top
Get to Know Us
Make Money with Us
Let Us Help You
And don't forget:
© 1996-2021, Amazon.com, Inc. or its affiliates