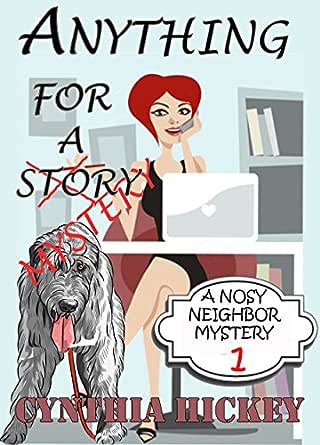 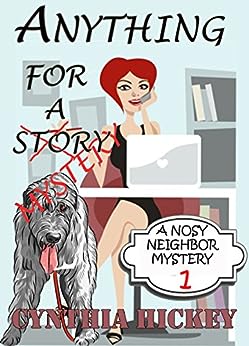 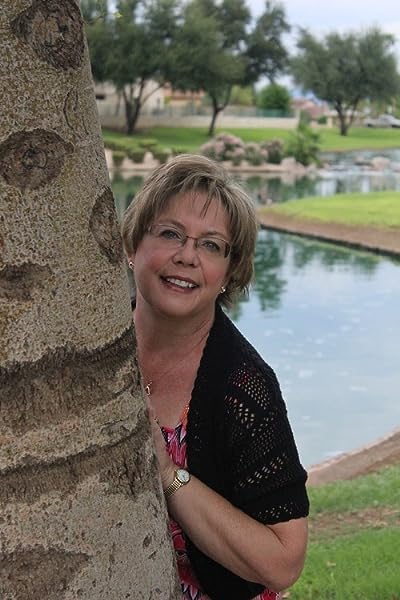 The only member of her neighborhood watch.

Stormi Nelson, best-selling romance author, moved into her huge Victorian house in the private community of Oak Meadows Estates. When her agent tells her that her characters are becoming too cardboard and that she needs to get out and mingle with people, she comes up with the idea of a Neighborhood Watch Program. The problem is … she’s the only member.

On her first night of patrol, she stumbles over a dead body, meets a hunky detective, who happens to be her neighbor, and clearly frustrated with her, and her mother, sister, niece and nephew arrive to shake up Stormi’s peaceful life.

As she is immersed ever deeper into the mystery surrounding a neighbor’s murder, she decides to change writing tactics and write a romantic mystery based on her experiences. What follows is a frolicking good time as Stormi finds herself the nosiest neighbor of them all. Can she find the killer before she becomes the next victim?

Multi-published and Best-Selling author Cynthia Hickey had three cozy mysteries and two novellas published through Barbour Publishing. Her first mystery, Fudge-Laced Felonies, won first place in the inspirational category of the Great Expectations contest in 2007. Her third cozy, Chocolate-Covered Crime, received a four-star review from Romantic Times. All three cozies have been re-released as ebooks through the MacGregor Literary Agency, along with a new cozy series, all of which stay in the top 50 of Amazon's ebooks for their genre. She has several historical romances releasing in 2013 and 2014 through Harlequin's Heartsong Presents, and has sold more than 160,000 copies of her works. She is active on FB, twitter, and Goodreads. She lives in Arizona with her husband, one of their seven children, two dogs and two cats. She has five grandchildren who keep her busy and tell everyone they know that "Nana is a writer." Visit her website at www.cynthiahickey.com

Mrs. Reader
1.0 out of 5 stars Disgusting, and also poorly written
28 June 2017 - Published on Amazon.com
Verified Purchase
Wow. Poorly written and disgusting. There are scenes of people cutting up a human they just murdered and putting the pieces through a chipper. Seriously disturbing. How on earth this came up when I searched "Christian Cozy Mysteries" I have no idea. Maybe a search mistake. There are inconsistencies in the writing, the characters are not believable, and it drags on at times. When I got to the chipper part, I just deleted it off my Kindle. What a disappointment when I was looking for a new fun series.
Read more
10 people found this helpful

Pirate
4.0 out of 5 stars A fun read, but does have some issues.
22 February 2016 - Published on Amazon.com
Verified Purchase
Stormi Nelson, a bestselling romance author, heads up the neighborhood watch program in her community after her agent tells her she needs to mingle more in order to keep her characters fresh.

While patrolling the neighborhood, she stumbles over a dead body thrusting her in the midst of a real-life mystery. To complicate matters, her hunky neighbor Detective Steele is assigned to the case.

Not long after the detective leaves her house, a U-Haul pulls up with her mother, sister, niece, and nephew. They’ve decided to move into her beautiful Victorian home with her.
The story is a fun read. Stormi is a likable, yet insanely nosy character. Her nosiness gets her into trouble at every turn.

The story is a clean read, yet the characters aren’t sanitized to the point of being almost perfect. In fact, Stormi is far from perfect. She won’t leave well-enough alone and keeps meddling in an ongoing police investigation.

I knocked off one roller coaster for lack of research. She talks about marching into the FBI headquarters to find out if her neighbors are in witness protection. The FBI is not in charge of WITSEC. Witness protection is under the purview of the US Marshall’s Office.

Also, when Stormi questions the detective about whether the neighbors are in Witness Protection or not, she gets her answer by his stiffening. In reality, local law enforcement doesn’t know whether someone is in the program or not. The US Marshall’s Office keeps that information confidential. If local LEOs knew when a family was in the program, it would put the family at risk.

There were also some typos and a couple of grammar issues, but in spite of these problems, the story was an enjoyable read and I would recommend it to anyone who likes cozy mysteries.

Penny S Marks
5.0 out of 5 stars Fun Cozy
20 June 2016 - Published on Amazon.com
Verified Purchase
Such a great start to a new cozy series! Loved the humor and romance sprinkled throughout this book. I can't get enough of the characters in Oak Meadows Estates. They are fun, a little crazy, and a whole lotta special in the sleuthing sorta way.
Stormi is new to town thanks to her editor telling her that her characters are stale and she needed a change of scenery. Stormi is a best selling romance author and to get out in the neighborhood and mingle she decides to head the neighborhood watch. Boy does she end up mingling when her first patrol ends up with her literally stumbling over a dead body! Then she meets her neighbor handsome Detective Steele. What a way to meet! Yikes
Stormi's world is about to be disrupted again when her mom,sister,niece, and nephew move in, uuuggghhhh. So much for quiet. She ends up getting heavily involved with the murder investigation and has an epiphany about writing romantic mysteries instead of just romance. Go figure. Some things should probably be left up to the professionals but Stormi has a mind of her own. Will she find the killer before her neighbors roast her??? Or will she be the next victim?
Can't wait for book two.
I recieved this book from The BookClub Network for an honest review.
Read more
3 people found this helpful

D. Zolezzi
4.0 out of 5 stars A good story
16 April 2014 - Published on Amazon.com
Format: Kindle EditionVerified Purchase
This your typical amateur sleuthing story where everyone thinks they know who did it and gets into sticky situations because of their assumptions. Stormi is no different. She thinks she can switch from writing romance novels to a mystery because she stumbles upon one. This setting has some great characters and paves the way for more in this series. Did I mention that there was romance too? There is.
Read more
12 people found this helpful

JParadise
5.0 out of 5 stars Enjoyable and humorous with moments of panic!
11 September 2018 - Published on Amazon.com
Verified Purchase
Stormi Nelson, a NYT best-selling romance author, has recently moved into her dream home in a gated community. Contrary to her cautious personality, she's advocated a neighborhood watch, but is shocked when she's the only one to volunteer for it. One dark night, while making her nightly rounds, she hears a dog barking frantically from a backyard. Rushing toward the source of the sound, the barking suddenly stops. Stormi runs into the backyard, flashlight in hand, to investigate. Stumbling in the dark, she is hit in the back of the head with something hard. Little does she know that her life, in that moment, has changed forever.
I enjoyed this light hearted romance turned mystery writer story. Cute characters and a fast paced plot make this a great, relaxing read.
Read more
Go to Amazon.com to see all 277 reviews 4.2 out of 5 stars
Get FREE delivery with Amazon Prime
Prime members enjoy FREE Delivery and exclusive access to movies, TV shows, music, Kindle e-books, Twitch Prime, and more.
> Get Started
Back to top
Get to Know Us
Make Money with Us
Let Us Help You
And don't forget:
© 1996-2020, Amazon.com, Inc. or its affiliates