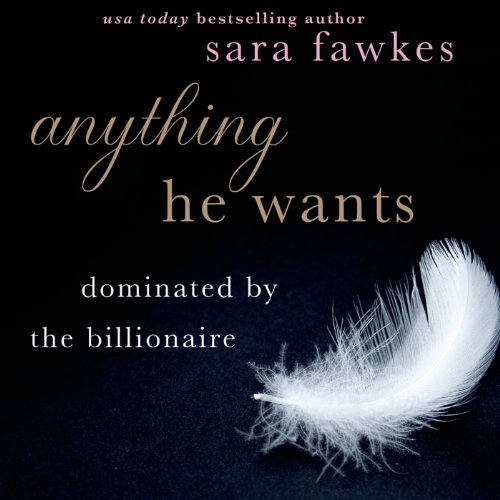 Lucy Delacourt's temp position isn't quite her dream job but it pays the bills. The highlight of her day is riding the elevator in the mornings with a handsome stranger. Tall, dark, and sexy as hell, Lucy knows he's way out of her league, but a girl can look, right? Everything changes the day the stranger seduces her. Completely out of character, she yields without a fight, but she has no idea her wanton acts with a man whose name she doesn't know will change her life forever. Because the sexy stranger is none other than Jeremiah Hamilton, billionaire CEO of Hamilton Industries, and one taste isn't nearly enough to satisfy his need. As the billionaire pulls Lucy deeper into his world of high stakes business deals and ruthless takeovers, he demands nothing less than her complete surrender. But even as enemies seek deadly revenge against him, she’ll discover that her greatest threat is falling for her fiercely guarded boss…and yielding to her own darkest needs.

Switch between reading the Kindle book & listening to the Audible narration with Whispersync for Voice.
Get the Audible audiobook for the reduced price of $12.49 after you buy the Kindle book.
Learn more about membership
By completing your purchase, you agree to Audible’s Conditions Of Use and Privacy Notice.
Sold and delivered by Audible, an Amazon company
Share

3.7 out of 5 stars
3.7 out of 5
305 global ratings
How are ratings calculated?
To calculate the overall star rating and percentage breakdown by star, we don’t use a simple average. Instead, our system considers things like how recent a review is and if the reviewer bought the item on Amazon. It also analyses reviews to verify trustworthiness.

Dizzle Lizzie
1.0 out of 5 stars RUBBISH
Reviewed in the United Kingdom on 20 March 2013
Verified Purchase
What the hell did I buy? I've just spent over £7.00 on a book I felt wasn't even worth being free. This book was the worst book I have ever read. No dialogue, no storyline, no passion, rubbish. If this author or anyone who says they are comparing this book to fifty shades of grey HOW DARE YOU,don't even think about it. At the beginning when Lucy fantasizes about Jeremiah's body and what she would like to do with it everyday when going up in the lift and then actually fulfilling her dream you would have thought the author would have based her story around that event alone but no she went into kidnapping and rubbish things I don't even want to talk about it was so stupid. I am so upset about this book that I would like to get my money back. PLEASE DO NOT BUY THIS BOOK and I am saying this as a person who as never been this horrible about a author before.
Read more
Report abuse

lisa owen
5.0 out of 5 stars wow, love it!
Reviewed in the United Kingdom on 25 March 2013
Verified Purchase
Another book like 'because of you', 'fifty shades' and 'crossfire' novels, seriously sexy, hot and made me want to read on and not stop, definitely helped with my sex life!
Was a shame that it ended the way it did and rather frustrating ending, definitely needs to have more chapters involved as felt characters have not finished in their affair, if there are more sequels then they need to come thick and fast will no stopping until story has come to and end, so 'Sara Fawkes' get writing as these characters cannot stop yet!!
Read more
Report abuse

Teresa
4.0 out of 5 stars Brilliant
Reviewed in the United Kingdom on 28 June 2013
Verified Purchase
At first i was a little put off but soon got into the story even if the actions of the main female character seem a little odd to say the least (don't want to spoil so i can't say why) but all in all i enjoyed and moved on to the castaway books
Read more
Report abuse

Sharon
5.0 out of 5 stars must read
Reviewed in the United Kingdom on 23 October 2013
Verified Purchase
please read this book before reading the 4 cast away books, will give u the beginning of the journey u'll go on and what a bumpy ride your in for believe it!!
Read more
Report abuse
See all reviews
Back to top
Get to Know Us
Make Money with Us
Let Us Help You
And don't forget:
© 1996-2022, Amazon.com, Inc. or its affiliates