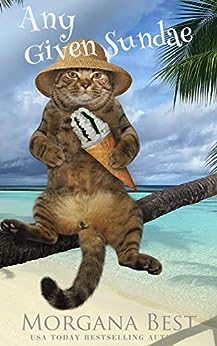 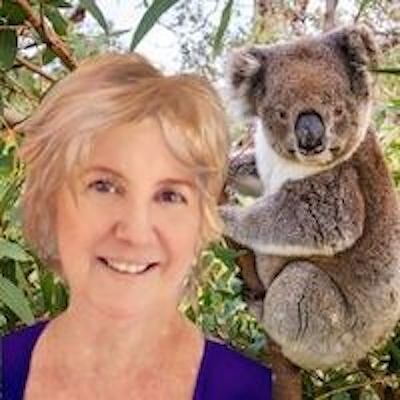 R.H. McCort
5.0 out of 5 stars We all know Sibyl wouldn't murder anyone
Reviewed in the United States on 20 August 2016
Verified Purchase
Sibyl Potts moved to Little Tatterford when she and her husband divorced. If you have read the previous books you know that he, tried to take her property settlement away from her and is now sentenced for attempted murder of Sibyl. Sybil is determined she will overcome what her life was before and make a new life here with just peace and quiet. Book 1 finds a dog she names Sandy who befriends her and Sibyl opens a dog grooming business.

Little Tatterford is to be a sleepy nothing happens place in the middle of Australia, however, it seems that Sibyl, her landlord Cressida Upthorpe and English gentlemen border Mr. Buttons just seem to keep find dead bodies.

I love the part of the story where Cressida tells Mr. Buttons and Sibyl that her cat, Lord Farringdon speaks to her.

Moving forward to this book, Sibyl is invited to dinner at Cressida’s bed and breakfast when the cook starts throwing a temper fit and a guest with his wife present is flirting with Sibyl. Feeling very uncomfortable Sibyl decides to invite the wife the next day to her home for an ice cream sundae. After the morning walk with Mr. Buttons and Sibyl they find the husband dead on her kitchen floor with a half-eaten sundae.

Police Officer and boyfriend Blake doesn’t believe for one minute that Sibyl committed this murder, but since Little Tatterford doesn’t have a forensic department he must call the Inspectors in. If you have read the other books you know they don’t listen to anything and always have a closed mind to finding who the murder was.

Come along with Sibyl, Blake, Mr. Buttons and Cressida to solve this latest murder.

Roadrunner
4.0 out of 5 stars LOTS OF COZY HOKUM WITH A PINCH OF MYSTERY AND SOME LAUGH-OUT-LOUD MOMENTS
Reviewed in the United States on 15 October 2016
Verified Purchase
You'll probably love it if you like quirky characters, fairly unrealistic happenings and a pinch of mystery flavored with a flake of mild suspense.
The main character, Sybil, is a fairly normal woman with a penchant for always being in the wrong place at the right time. Then there are the unconventional characters including sometimes insulting and foul mouth Max the cockatoo, an aging butler with Compulsive Cleaning Disorder and Cressida, the boarding house owner whose makeup sometimes smudges her face or simply falls off. Dorothy, the cook, has temper tantrums on a regular basis which usually means skedaddling by anyone nearby. Mix these eccentric beings together, and you have a tinge of frivolous nonsense! It's a fun read; however, if you like intense mystery, heaps of suspense, exciting twists and turns and lock the doors kind of thriller tales, then better pass on this one.

Basically elementary in content and clean in language which makes this amusing tale suitable for readers from YA to octogenarian. The plot is sometimes laughable and sometimes a bit wobbly in destination. The characters are a tad far-out, but just might remind you of someone you know. Lots of cozy hokum, and it's all easy and relaxing reading with just over 200 pages of content. It is lacking in typos, grammatical errors, and foul language. Nice!

Oh boy! It's another murder; however, this time it is not in the boarding house. It happens in Sybil's cottage which is near the boarding house. Of course, Sybil is a prime suspect. Shortly after she moved to Little Tatterford, a small Australian town, and into the little cottage near the boarding house, people seem to drop dead frequently…...with Sybil nearby! Actually each dead body has had unsolicited help from a murderous scoundrel to reach the dead zone.

This time the victim died after indulging in an ice cream sundae. Well, maybe the sundae had an ingredient that was well...maybe deadly when swallowed. Sybil becomes the prime suspect, and she and Mr. Buttons, the aging butler, who does not do much connected with being a butler, bond to find the culprit that did the deadly deed. Their sleuthing is entertaining, but their skills are a bit rough at times.

This is number five in the reading adventures with Sybil, Mr. Buttons and Cressida. In the previous tales, Mr. Buttons had Compulsive Cleaning Disorder plus fairly severe dementia. Both conditions brought some real laughable moments to the tales. In this tale the dementia no longer seems to be an issue, and even though the obsession for cleaning still exists, it is not at the extreme level that it previously has been. Still laughable, but not so much!
Read more
Report abuse

Ruffwyr
5.0 out of 5 stars One of my favorite series love the characters
Reviewed in the United States on 2 November 2019
Verified Purchase
It been awhile since I read this one but only way it Mark read on my kindle is if office review. Honestly love this series Mr Buttons who prime proper nothing can be out place ,the landlady who thinks her cats speak to spirits and paints horrible death pain paintings the bird that cussed like drunken sailor set in Australia high mountain town , mobile dog groomer dogs in it sexy sheriff what not to like .
Read more
Report abuse

Julie Eger
5.0 out of 5 stars Loved all the characters, but it was Mr. Buttons who drew me in. I thought I was reading a story about my husband!
Reviewed in the United States on 19 July 2016
Verified Purchase
Quick, funny and the characters are so 'in character'. Hilariously outrageous goings-on in Little Tatterford keep you guessing right up until the end who did it! Nice way to relax on a weekend and forget your own troubles while you contemplate this quirky who-dunnit!
Read more
One person found this helpful
Report abuse
See all reviews
Back to top
Get to Know Us
Make Money with Us
Let Us Help You
And don't forget:
© 1996-2021, Amazon.com, Inc. or its affiliates