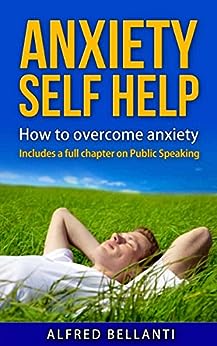 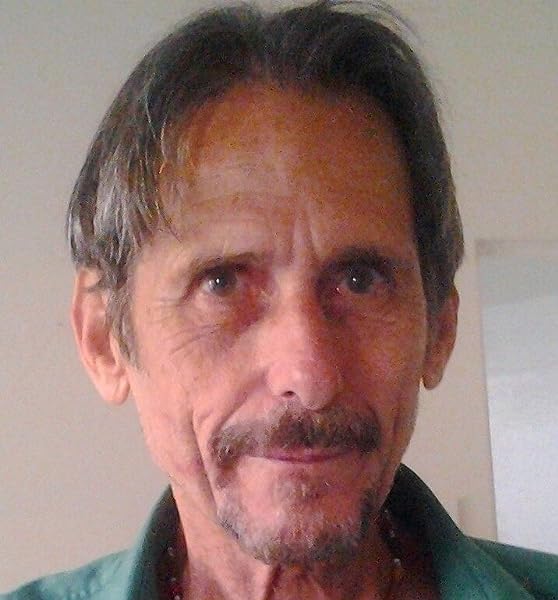 Anxiety Self Help: How to overcome anxiety (Self Help Series Book 2) Kindle Edition

by Alfred Bellanti (Author) Format: Kindle Edition
See all formats and editions
Sorry, there was a problem loading this page. Try again.
This book is for you if you want:
•Relief from anxiety
•To prevent panic attacks
•To speak or present in public
•To learn how to reduce symptoms of anxiety
•To learn about overcoming phobias and different kinds of anxiety disorders

About the Author The author, Alfred Bellanti, came from a working class family. The first hint of anxiety and depression was noticed during his final school years when he was transferred to a different high school. From having been a star pupil he plummeted to the bottom of the class because he lost the ability to focus, concentrate or remember what was being taught in the classroom, especially the mathematics. Alfred experienced deeper bouts of despair and hopelessness and spent more years trying to find meaning in life, through reading, relationships, travel and a few admissions to a clinic. Finally he took on the task of completing his high school subjects. He was admitted to university where he earned a Bachelor of Science. This was indeed very therapeutic for him. From there he took on a course as an external student and earned a Graduate Diploma in Social Science that included Psychology. Later he obtained a Diploma of Clinical Hypnotherapy and a Diploma in Botanical Medicine and a Certificate in Traditional Chinese Medicine In 1993 he established his practice as a Clinical Hypnotherapist. In 1995 Alfred received a Diploma of Counseling Skills. In 1996 Alfred was certified as a Practitioner of Ericksonian Hypnotherapy. In 1999 Alfred added Medical Herbalism in his practice after qualifying in Botanical Medicine. This was interrupted in 2002 when he suffered a severe cancer that brought him close to death be-cause of the complications after surgery. Alfred found that Neuro Linguistic Programming (NLP) helped with his recovery after attending a weekend seminar. In 2006 he graduated as a Master Practitioner of NLP, Master Coach of NLP and Master Hypnotherapist. Alfred has helped hundreds of people with a variety of anxiety problems and now shares his knowledge, experience and self help techniques through his writing. --This text refers to the paperback edition.

The author, Alfred Bellanti, came from a working class family. He has survived depression, anxiety, low self-esteem and cancer to become a successful Clinical Hypnotherapist and has helped hundreds of clients. Alfred is now retired and spends much of his time writing Self Help books in which he shares his knowledge, experience and research to provide solutions for the benefit of his readers.

His latest book &quot;The Secrets to Healthy Self Esteem: How to repair and improve your self esteem&quot; has now been released and is attracting five star reviews.

The author's personal life experience, the experience gained from helping others and his research are what gives his books the edge over other books of this kind.

The first hints of depression and anxiety and loss of self esteem were noticed during his final school years when he was transferred to a different high school where the standard was much higher. From having been a star pupil he plummeted to the bottom of the class because he lost the ability to focus, concentrate or remember what was being taught in the classroom, especially the mathematics.

A visit to the family physician about this problem was not very helpful. He was prescribed some pills which, apart from making his vision blurry, seemed to make hardly any difference at all. The result was that he failed the end of year exams.

He was glad when the year was over, and determined he wouldn't return. He told his parents he would catch up with his schooling at evening college.

After a few weeks of finishing school, and at the urging from his mother, Alfred got his first full time job and started evening college soon after. The course was spread over five evenings a week.

Working all day and going to evening school five days a week was very difficult and Alfred stopped attending after a few months.

The following year after having changed jobs he enrolled for a course in accountancy and commercial law. Although attendance was required only two nights a week the course was so dry and boring he couldn't stand it any longer.

His full time job as an accounts clerk became more and more meaningless. In 1969 Alfred &quot;dropped out&quot; and found meaning within the hippie culture, he liked their freedom of thought, and the experimentation with psychedelics.

The down side was that the fun, the meaning and freedom he had found was somewhat illusory, and the depression resurfaced, with a vengeance, much worse than before.

Alfred experienced deeper bouts of despair and hopelessness and spent more years trying to find meaning in life, through reading, relationships, travel and a few admissions to a clinic.

Finally he took on the task of completing his high school subjects and went on to complete his first University Degree in Science.

This was indeed very therapeutic for him. From there he moved to graduate study in Psychology, Hypnotherapy and Herbalism.

Alfred is the now author of many articles and established in his practice as a Clinical Hypnotherapist and Medical Herbalist.

This was interrupted In 2002 when he suffered a severe cancer that brought him close to death because of the complications after surgery.

denine
5.0 out of 5 stars Five Stars
Reviewed in the United States on 31 January 2017
Verified Purchase
It helped me to overcome my depression and anxiety.
Read more
Report abuse
See all reviews
Back to top
Get to Know Us
Make Money with Us
Let Us Help You
And don't forget:
© 1996-2021, Amazon.com, Inc. or its affiliates